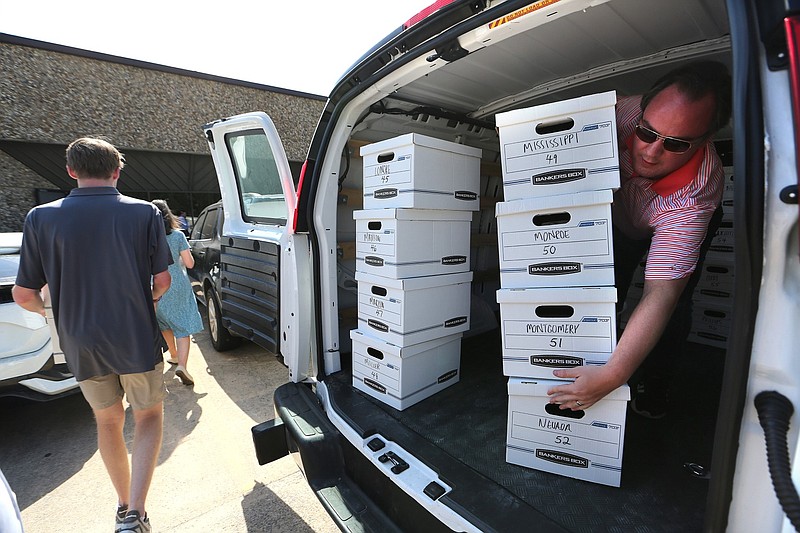 Supporters of a proposed constitutional amendment that would ax Pope County as a casino site turned in about 103,000 signatures of registered voters on Friday as part of their attempt to qualify their measure for the Nov. 8 general election ballot.

The signatures of 89,151 registered voters are required to qualify a proposed constitutional amendment for the general election ballot.

"We're extremely grateful for the support from voters across the state who signed our ballot petitions, allowing us to submit the signatures required to qualify for the ballot and move onto a statewide campaign," said Fair Play spokesman Hans Stiritz.

Canvassers will continue to collect signatures in the coming weeks in anticipation of multiple legal challenges, he said.

But attorney David Couch said he doubted that the committee turned in sufficient valid signatures to qualify for the 30-day cure period to collect more signatures to qualify the measure for the ballot. Couch represents Cherokee Nation Businesses, which has the license to build a casino in Pope County.

“Considering the historical validity rate of petitions in the state of Arkansas, as well as the population of registered voters, indications are strong ... they will not meet the minimum numbers required to initiate the petitions," Couch said.