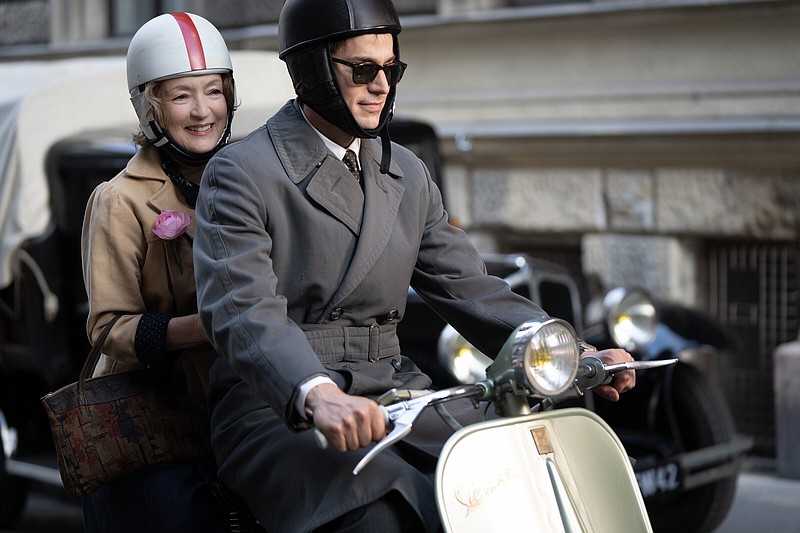 For a long time Lesley Manville has shown why she's not only one of our best actresses working today, but also one of our most diverse. Case in point: just in the last few years she has played a mad scientist, a pixie-fairy, a bristly manager of an esteemed fashion house, a woman struggling with breast cancer, and a venomous backwoods matriarch. Now you can add a sweet and sprightly cleaning lady determined to get her very own Christian Dior evening gown.

Based on the 1958 novel "Mrs. 'Arris Goes to Paris" by Paul Gallico, this adorable big-screen adaptation of (almost) the same name is just the kind of light and lively escape I tend to gravitate toward from time to time. If Manville wasn't reason enough to get onboard, the film also stars the magnificent Isabelle Huppert, Jason Isaacs (one of my personal favorites), and the seasoned Lambert Wilson. It's produced in partnership with the House of Dior and is the fourth adaptation of Gallico's popular work.

Directed by Anthony Fabian and written by the team of Fabian, Carroll Cartwright, Keith Thompson and Olivia Hetreed, "Mrs. Harris Goes to Paris" is a warm-hearted period crowd-pleaser full of playful energy and feel-good vibes. It's about dreaming big but not at the expense of true happiness. It's about believing in who you are and being true to yourself. It's about the power of selflessness and generosity. It's about moving on from heartbreaking loss. That may sound like a lot, but it's all keenly woven together in the titular character's story.

In 1957 London, Ada Harris (Manville) cleans houses for several well-to-do clients. Among them are a businessman with an uncomfortable taste for much younger women, a high-maintenance diva, and a wealthy self-important Madam. Away from work, she enjoys hanging out with her best friend and fellow housekeeper, Vi (Ellen Thomas) and Archie (Isaacs), a good-natured bookie who clearly has an eye for her.

But inside, Ada's heart is hurting. She's still quietly holding out hope that the love of her life, her husband Eddie, is coming back from the war. But with each passing day the truth gets harder to stave off. She can't bring herself to open a telegram she has been carrying around for years out of fear of the news it contains. Deep down she knows the reality. She just can't bear to face it.

While cleaning the haughty Madam's bedroom, Ada catches a glimpse of an elegant 500-quid Christian Dior gown. She's instantly enchanted by the lavender frock and filled with big dreams of traveling to Paris to buy a couture Dior dress of her very own. At first it seems like pie in the sky. But driven by her intense desire along with the sudden urge for a much-needed adventure, Ada decides to go for it. She works tirelessly to save up her money and soon has enough to set off for the City of Light.

The culture clash comedy elements kick in when Ada arrives in Paris and unintentionally crashes the House of Dior on the very day the designer is set to reveal his 10th Anniversary Collection. Needless to say she stands out from the normal clientele that includes countesses, baronesses, and even Princess Margaret. And just as she's about to be escorted out by the House's crabby directress Madame Colbert (Huppert), Ada finds a sympathetic ally in the Marquis of Chassagne (Wilson), a suave and sympathetic gentleman who insists she watch the fashion show as his guest.

I won't give away the details, but soon Ada begins to win the hearts of the fashion house with her inherent kindness and sensitivity. She shows motherly compassion to an Audrey Hepburn-esque young model named Natasha (Alba Baptista). She helps the generous Monsieur Andre (Lucas Bravo) to find his confidence. She even leaves an impression on the renowned Christian Dior himself (Philippe Bertin). And while there's an inescapable predictability to stories like these, it's hard even for us not to be charmed by Mrs. Harris and her lighthearted yarn.

Visually, there's nothing particularly profound about the look of the film. Yet I found myself drawn to Felix Wiedemann's cinematography. From the old-fashioned vibes he brings to some of the more playful scenes, to his sumptuous gaze when pulling us into the exquisite world of haute couture. And it's all bathed in the swooning sounds of Rael Jones' original score. Again, nothing especially original, but perfectly form-fitting for a story like this.

There are a few passing nods to social issues such as class struggles and labor strikes. But they're very much passing nods. The movie has no real interest in going down those paths. Instead, it keeps things light and trusts Manville to win our hearts. And she does. Neither she nor the movie reinvents the wheel or challenges us on some deep intellectual or existential level. But that's fine. Not every movie or performance needs to. Sometimes all you want is some whimsical feel-good comfort food. And sometimes all you need is an actress like Manville to give it some special flavor. 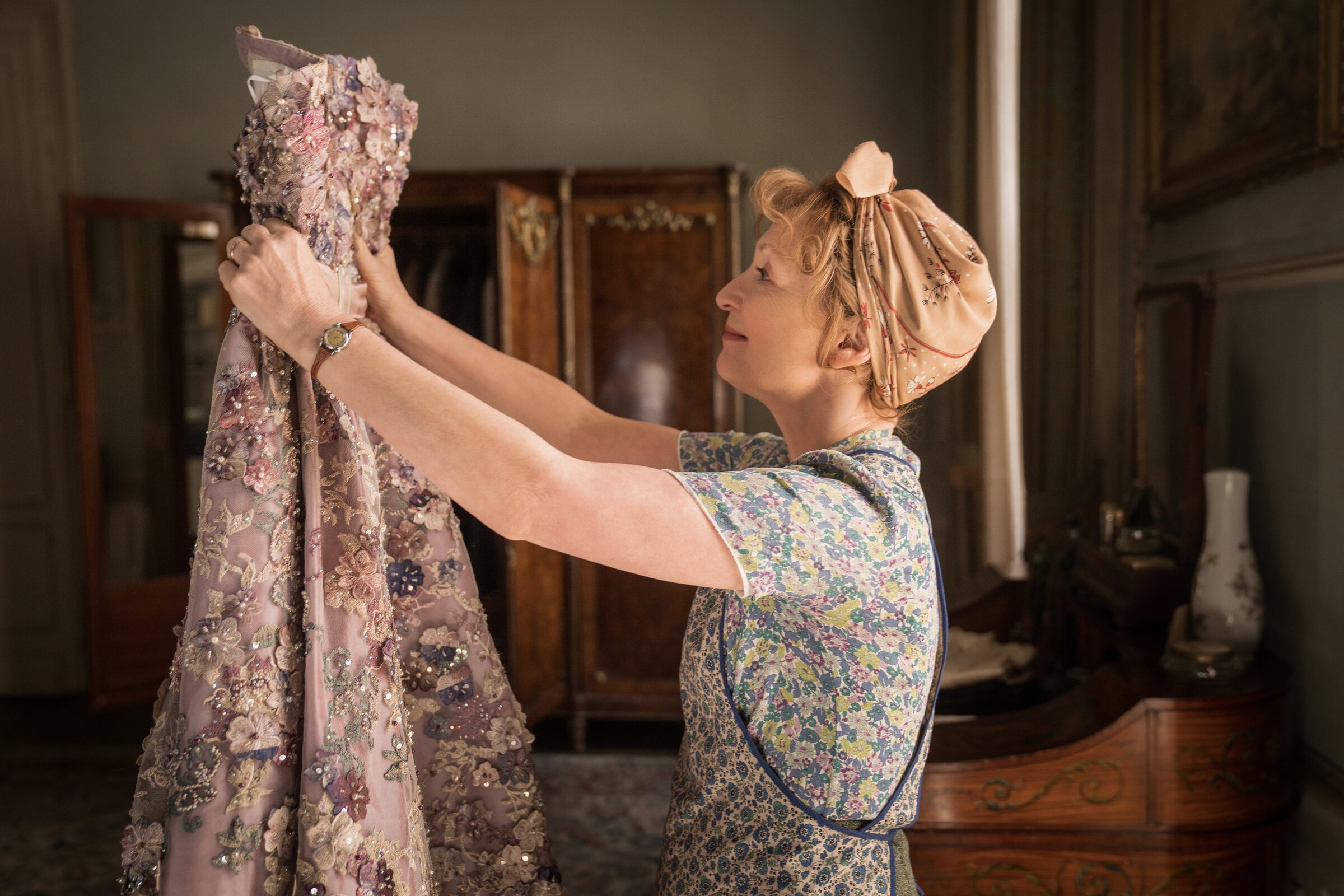 That obscure object of desire, a Dior gown, is inspected by cleaning lady Ada Harris (Lesley Manville), who means to one day have one of her very own in “Mrs. Harris Goes to Paris.”