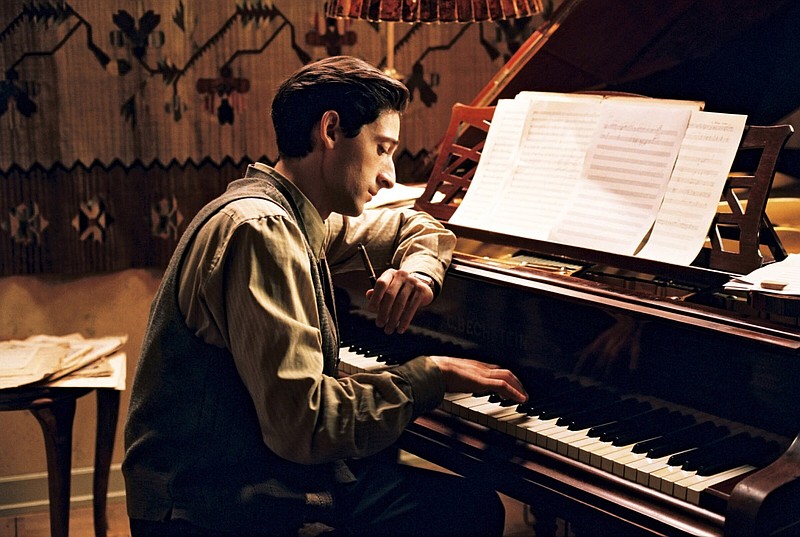 When it comes to the challenge of separating art from the artist, perhaps most difficult is the case of Roman Polanski. It's impossible to dismiss his genius as a filmmaker with movies like "Repulsion," "Chinatown" and "Rosemary's Baby" bearing his name. It's equally impossible to dismiss his deplorable behavior, most notably his 1977 arrest for drugging and raping a 13-year-old girl. To make matters worse, the director, screenwriter and producer fled the United States, settling in France where he has since avoided extradition.

Of all of Polanski's movies, the one that stands above them all (for me) is "The Pianist." Winner of three Academy Awards (including Best Director), the widely acclaimed Holocaust drama was released 20 years ago and its emotional resonance hasn't diminished one bit. While Polanski's tarnished name hangs above it like a dark cloud, "The Pianist" is a case of a movie that for many transcends the vices of its creator. That's because it so truthfully mirrors the very experiences of countless victims during one of the darkest periods in world history.

One of the many things that fascinates me about "The Pianist" is its deep connection to the true life story of its director. While much of Polanski's life has been marred by his transgressions, his childhood is an incredible story of horror, loss and survival. Polanski and his family were crammed into the Krakow Ghetto along with thousands of other Jews during the Nazis' "purification" of Poland. As a young boy he watched as his father was marched away to a Nazi work camp. His pregnant mother was shipped to Auschwitz where she was among the 1.1 million Jews murdered there. Polanski escaped the Ghetto in 1943 and, with the help of compassionate locals, managed to survive until the war ended. He would be reunited with his father, but the scars left from the Holocaust heavily influenced much of what we see in "The Pianist."

The film itself is more directly based on the autobio­graphy of Polish-Jewish pianist Wladyslaw Szpilman. Like Polanski, Szpilman was seperated from his family during the Nazi occupation and found himself desperately struggling to survive. Adrien Brody plays Szpilman and gives what was a revelatory performance that garnered critical praise and earned him an Academy Award. He's in nearly every frame and the depth and range of emotion he conveys is staggering.

Written by Ronald Harwood (who also won an Oscar), we're first introduced to Wladyslaw in 1939 where he plays piano for a Warsaw radio station. He's there when the Nazis invade and eventually occupy the city. Like many at the time, Wladyslaw and his family at first underestimate the gravity of what has happened. But as the Nazis tighten their grip, the reality becomes clear. Jews are stripped of their jobs and forced from their homes into the overcrowded Warsaw Ghetto. Countless die of starvation, disease and Nazi brutality.

The Szpilmans try to find normalcy but things only get worse. They are among the thousands of Jews rounded up and sent to the Treblinka extermination camp. But an unexpected act finds Wladyslaw separated from his family and on his own. From there, the story evolves into one of survival against gross inhumanity. But at the same time, Polanski and Harwood go to great lengths to show true humanity, often in the most unexpected forms.

Interestingly, Wladyslaw is never presented as a hero. He's no soldier full of courage and fight. In fact, his frailty and desperation becomes clearer through each new stage of adversity he faces. There's nothing within Wladyslaw, aside from his will to live, that keeps him alive. Instead it's the brave and sacrificial acts of people he meets that help him along. Wladyslaw's survival routinely hinges on the compassion and heroism of others. It's a key element of the story that offers the only true shimmers of light in an otherwise painfully dark story.

"The Pianist" has all the markings of a substantial work and not solely because of Polanski's obvious passion for his subject. Consider the stunning cinematography from Pawel Edelman. He never wastes a frame and often shoots from Wladyslaw's perspective which adds to the film's potency. There's also Allan Starski's brilliant production design. For Polanski, accurately re-creating the city was a priority as was putting a special emphasis on detail. Whether it's within the small space of an apartment or the broader canvas of a devastated city. The keen attention to detail stands out.

While echoes from Polan­ski's own past shape much of the "The Pianist," he also sticks closely to the harrowing true story of Wladyslaw Szpilman. Driven by Brody's unforgettable performance, "The Pianist" remains a historical masterwork on humanity vs. inhumanity; on the resilience and mercy of art; and on the power of the will to live. Some have had their issues with the film. But for me Polanski's vision is honest, unflinching and stripped of any and all sentimentality.

While it remains hard for many of us to embrace Polanski as a man, "The Pianist" makes it easier to embrace him as an artist.