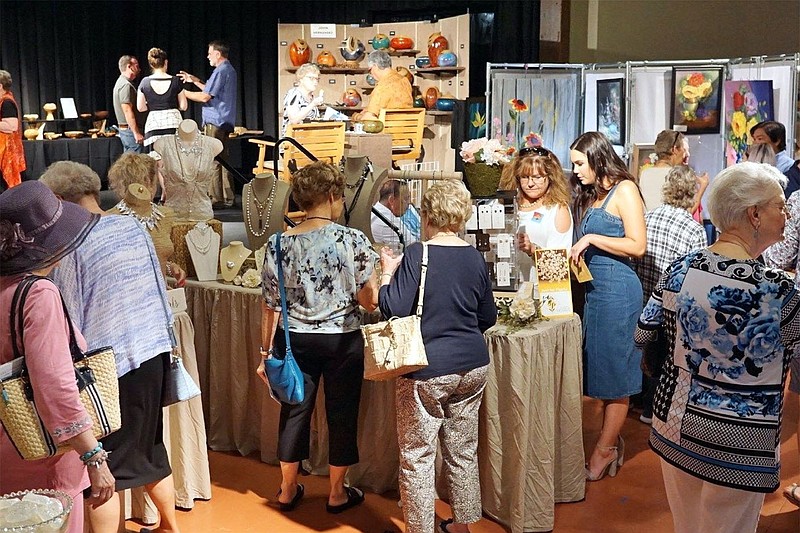 Guests wander the 2019 Art on the Border sale. With 1,200 people who attended and $42,000 raised for nonprofit organizations, it was the largest year of the event to date. Organizers expect this year to top the 2019 show. (Courtesy Photo)

You don't have to be a seasoned art buyer, have deep pockets or come all gussied up to find your way around and make a purchase at the Art on the Border show.

Organizers Joan McCoy and Donna Skinner say the event will be filled with signage, door greeters and friendly volunteers pointing you in the right direction -- toward art and popular items with a starting price point of $2 to $20.

When the pair began organizing the first Art on the Border show and sale in 2014, they had a difficult time drumming up artists. This year's Fort Smith event, however, boasts 77 participating -- the most ever in its history.

At first, "we went out beating the bushes looking for artists; it was not our field at all," McCoy says. McCoy and Skinner had organized plenty of classics and golf tournaments until one board member suggested they do an art show. They started out with 14 artists, and it's grown every year, with the exception of the past two, when the show was stalled due to the pandemic.

"The artists have become like family to us; it's like a reunion every year," says Skinner. "Thirty-eight of them are returning, and four or five have come since all the way back in 2014."

The most relevant change to the show for patrons and artists alike might be the location, making it an indoor, air-conditioned event for the first time since its inception. The ever-growing number of artists involved pushed the event from Frisco Train Station downtown to the Blue Lion and the Fort Smith Pavilion and this year to ACHE Research Institute Health and Wellness Center.

"The major difference is that others tend to be outdoor," says artist Amy Passmore, who sells art through her business Amy Eichler Fine Art. That aspect is a little more important to her at the moment, while she's eight months pregnant. Passmore sold her colorful acrylic paintings of animals and humans during the 2018 and 2019 shows. "One of the best things they have is volunteers to help set up and help artists tear down (their retail areas) and check on us throughout the day."

It's that Southern hospitality that Skinner and McCoy believe keeps artists coming back year after year. When choosing artists to be a part of the show, the major consideration is whether they make things that people really like and would want in their homes.

Passmore's big cat paintings tend to sell the fastest, right after the wild boar, aka the Razorback. Paintings of ballerinas and other dancers and nursery animals are also popular.

This time she will have both original paintings and canvas prints for sale and do some painting on the spot throughout the two-day event, since it can be interesting to see an artist's process in action. She describes her own painting style as loose, free and expressive and paints fast and energetically.

"If I think about it too much, it gets overworked," she says.

Art on the Border is a great event for Passmore's regular customers, she says, because of the Friday night invitation-only opening show and "Meet the Artists Party." Guests have a chance to buy artworks before they're offered to the general public the next day.

"If my customers have their eye on an original, this is the time to get it," Passmore says. 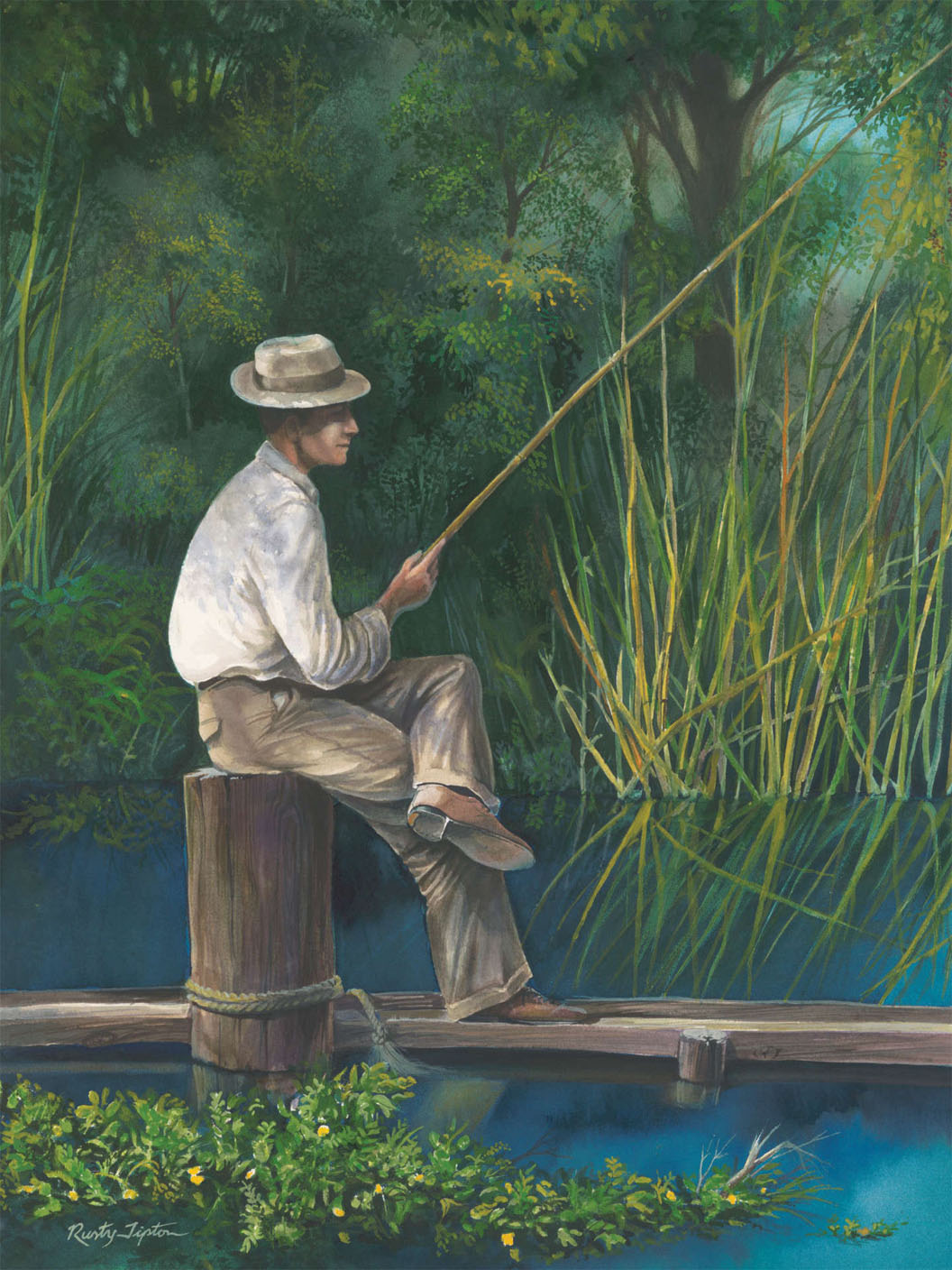 Art on the Border organizers ask artists for four or five photos of their work to get a sense of the style. They look for items that have broad appeal. This painting is by Rusty Tipton. (Courtesy Photo) 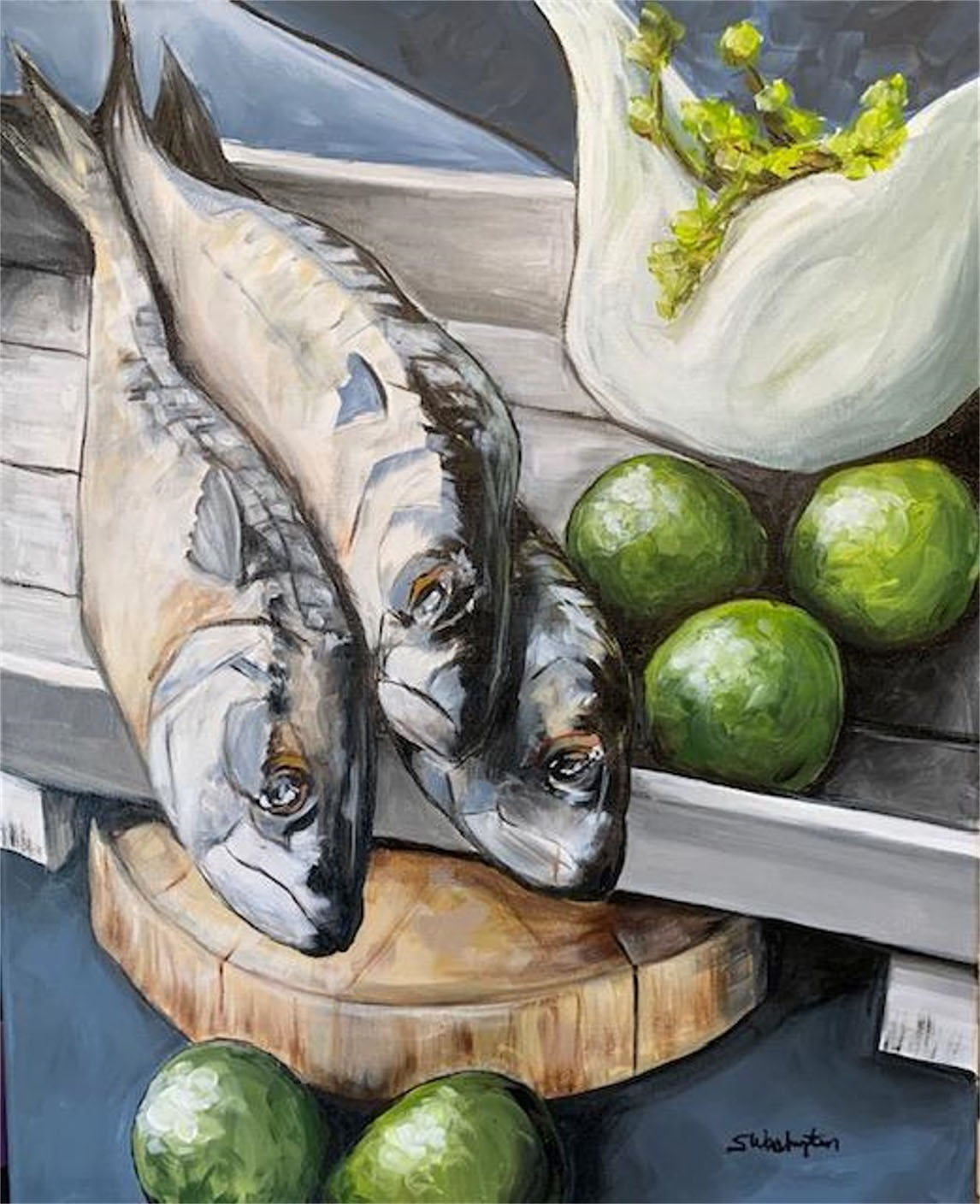 A total of 77 artists’ work will be included in this year’s event benefiting four organizations in the River Valley. This painting is by Susan Washington. (Courtesy Photo)

Art on the Border

COST — The July 22 event is by invitation and requests a donation of $20 at the door; July 23 admission is free

FYI — You may get an invitation to the July 22 event by emailing artontheborder@gmail.com.