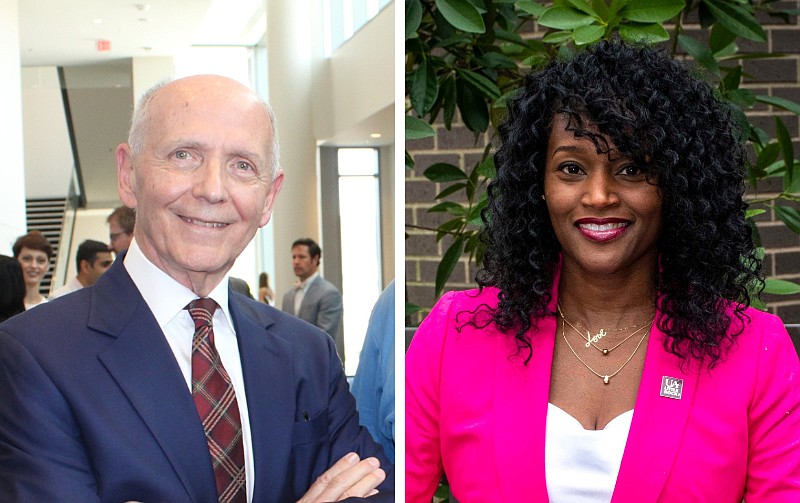 Former Little Rock mayor Jim Dailey will co-chair a campaign committee in support of the Aug. 9 Little Rock referendum on extending the city's 3.0-mill capital-improvement levy, according to a news release issued Thursday.

The other co-chair will be Danyell Crutchfield Cummings, the director of assessment and accountability for the Little Rock School District.

The campaign committee in favor of extending the property tax is called "Renew Little Rock."

“I know from my 14 years as mayor just how important our capital-improvement millage is to the health of our city,” Dailey said in a statement included with the release. “It’s the engine that funds the roads we drive on, pays for the drainage projects that prevent flooding in our neighborhoods, and ensures that our firefighters have the tools they need to keep our city safe and our insurance rates low. It’s absolutely vital that we renew it, and issue these bonds, to keep our city moving forward.”

Cummings called the vote to extend the city's capital-improvement property tax “critical to our collective well-being and to our city’s future.”

“On August 9th we can vote to renew our city parks and zoo to improve the quality of life for families all across our city, renew aging city facilities, and renew our commitment to economic development by expanding and improving the Little Rock Port industrial park,” Cummings said in the release.

During the special election, Little Rock residents will be asked to approve issuing up to $161.8 million in bonds tied to the extended millage that will fund six categories of improvements: streets, drainage, fire apparatus, parks and recreation, expansion of the Little Rock Port's industrial park, and construction of a new district court facility.

The last time a citywide referendum was held to authorize an extension on the capital-improvement millage was 2012. At that time, voters approved lowering the rate from 3.3 to 3.0 mills and spending bond proceeds on street and drainage improvements.