The dreams, nightmares of ‘Nope’ 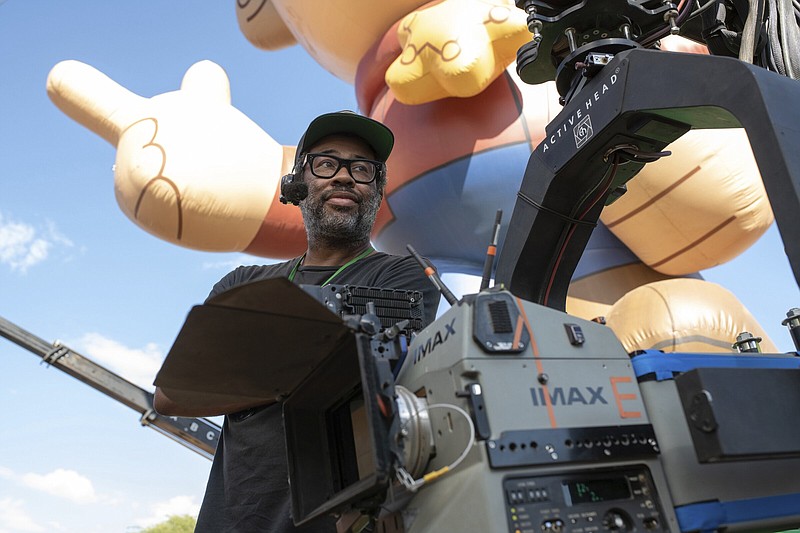 NEW YORK -- There's little in contemporary movies quite like the arrival of a new Jordan Peele film. They tend to descend ominously and mysteriously, a little like an unknown object from above that casts an expanding, darkening shadow the closer it comes.

"Nope," the writer-director's third film, is here. After Peele's singular debut, "Get Out," about the possession of Black bodies and the fallacy of post-racial America, and his follow-up, "Us," a monstrous tale of doppelgangers and societal mirrors, the closely-kept-under-wraps "Nope" brings a new set of horrors and unsettling metaphors. For Peele, who writes through shooting and considers the conversation generated by a movie one of its main ingredients, "Nope" is far from a finished project.

It's Peele's most ambitious film yet, a flying saucer horror that digs into the nature of spectacle and the desire to document it -- a multi-threaded theme that encompasses Hollywood history and "Nope," itself. Daniel Kaluuya and Keke Palmer star as a brother and sister in a family horse wrangling business for film productions. Their California ranch is visited by a strange and violent force in the clouds that they strive to capture on film.

"Nope," which opens in theaters today, also extends Peele's own self-conjured mythology. His movies are very loosely tethered together (some fictional establishments appear in several of them), and now even encompass a "Nope" theme park attraction at Universal Studios Hollywood. Peele's dark world is increasingly ours.

For Peele, "Nope" is about reaching for a kind of Hollywood movie once unattainable. He pointedly opens the film with Eadweard Muybridge's 1887 photographic study showing a Black rider on a horse. It was one of the first moving pictures. But while the name of the horse and its owner was recorded, the name of the Black jockey is unknown.

"I feel like this is the first moment that anyone would ever allow me or anyone to make this movie. And so I had to take advantage. I had to go as big as possible," Peele said. "I was like: 'Let's go.'"

Peele's responses have been edited for brevity and clarity.

The Associated Press: The Eadweard Muybridge loop looms over "Nope"; your characters are said to be descendants from its unnamed rider. To you, what does it mean that the erasure of Black men was there at the foundation of cinema?

Peele: It's a sad part of this industry. It was something I was learning at a good point for myself in this story. I felt like five, 10 years ago, I would never have been able to sell this movie to anyone. So I'm juxtaposing this origin story of film at the same time I'm trying to make a story that's scary and joyous and adventurous and everything I love about film. It just felt very fitting for that starting point to be acknowledged and have ancestral implications for our main characters.

AP: Do you think of your movie as like an antidote to that film?

Peele: Yes. I've been trying to put that together. It's a sequel, it's an antidote, it's a reboot, it's an answer to the way films began and have continued.

AP: Kaluuya and Palmer's characters work on movie sets and "Nope" centers on their attempts to capture something on film. To you, is "Nope" about the movie industry?

Peele: It became very meta very quick. Making a movie is basically like chasing the impossible, trying to bottle something that doesn't exist. I was inspired by films like "King Kong" and "Jurassic Park" that really deal with the human addiction to spectacle and the presentation and monetization of that. The meta part is you're commenting on this notion at the same time you're trying to utilize it and trying to create something that people can't look away from.

AP: Why do you think in writing "Nope" your thoughts went back to the beginning of film?

Peele: Part of the world of "Nope" is flirting with real Hollywood and the Hollywood that takes place in my liminal dreams and nightmares. In real life, of the prominent Hollywood horse trainers, there's not an African American one I'm representing. The Haywoods are a very made-up family and notion. It was fun to weave the Hollywood fiction with reality and try and make a seamless immersion into what's real and what's not.

AP: A poster of Sidney Poitier's 1972 Western "Buck and the Preacher" is seen in the background of several shots. Was that an important film to you?

Peele: It's the first film that I know of that had Black cowboys represented in it. The myth that cowboys were just white guys running around, it's just not true, but we don't know that because of Hollywood and the romanticized view of a very brutalized era. The film, it shares a spirit.

AP: Since seeing your film, clouds have taken on a sinister appearance to me. What led you to build your film around that image of an unmoving cloud?

Peele: The beauty of the sky is enthralling -- the first movies, in a way. Every now and then you'll see a cloud that sits alone and is too low, and it gives me this vertigo and this sense of Presence with a capital P. I can't describe it, but I knew if I could bottle that and put it into a horror movie, it might change the way people look at the sky.

AP: How much were you thinking about "Close Encounters of the Third Kind"?

Peele: Yeah, "Close Encounters" is something I think about a lot, as is "Signs" by M. Night Shyamalan. These are big-vision directors who have taken flying saucers and science fiction and have brought magic to the way they told those stories. I wanted to toss my hat in the ring to one of my favorite subgenres, in UFOs, and do it in a way only I can.

AP: When the U.S. government declassified video of Navy pilots encountering unexplained aircraft -- something your movie references -- how did you react? Were you affected by those images?

Peele: I was. It made it very real, very much in the moment. It's one of the reasons, I guess, I can proudly say this movie is based on a true story. But what was most nerve-wracking or scary to me about the whole thing is that you'd like to think that when actual video proof of UFOs comes out that something would change in our lifestyle, not it's really business as usual. It just proves that there is a desensitization to spectacle. We're addicted and we're in over our heads with this addiction. We have proof of UFOs or UAPs (unidentified aerial phenomena), but the interest with the major public goes so far. It's very interesting.

AP: You seem to be referring to movies as spectacles but were there also political dimensions to that? You developed this film through some very tumultuous times in American life, including the Jan. 6 Capitol riot.

Peele: Attention can be a violent thing and our addiction to spectacle can have negative consequences. I think sometimes if we give the wrong spectacle too much attention, it can give it too much power. If we are obsessed with the wrong spectacle, it can distract us from what's really going on. There's really a human need to see the unseeable that our entire society is based around. And in so many ways we see it. The last five years, it feels like we've gone from seeking spectacle to being inundated with it. And that's the environment I wrote the film in.

AP: There aren't many filmmakers with as much freedom to make original studio movies as you. You've had chances to join major franchises. How focused are you on crafting your own films from the bottom up?

Peele: Nothing is more rewarding than being able to lead the charge on something that comes from somewhere deep and to get the support of a team on something like that. I feel like if I were working off of someone else's property, I would owe something to someone else. Besides that core piece of inspiration, it just doesn't seem as fun to me.

AP: Have you been tempted?

AP: Do you get asked a lot about a sequel to "Get Out"?

Peele: I do get asked that a lot. Never say never. There's certainly a lot to talk about left. We'll see.

AP: After "Get Out," you suggested you would embark on a series of genre films that grapple with big societal issues. Three films in, where do you feel you are in that project?

Peele: I feel like I'm off to the races. I just don't know if I could limit how many films I have that are me. I'm starting to lose sight of what I would be doing if I wasn't doing movies like this. So I would say the project has extended. 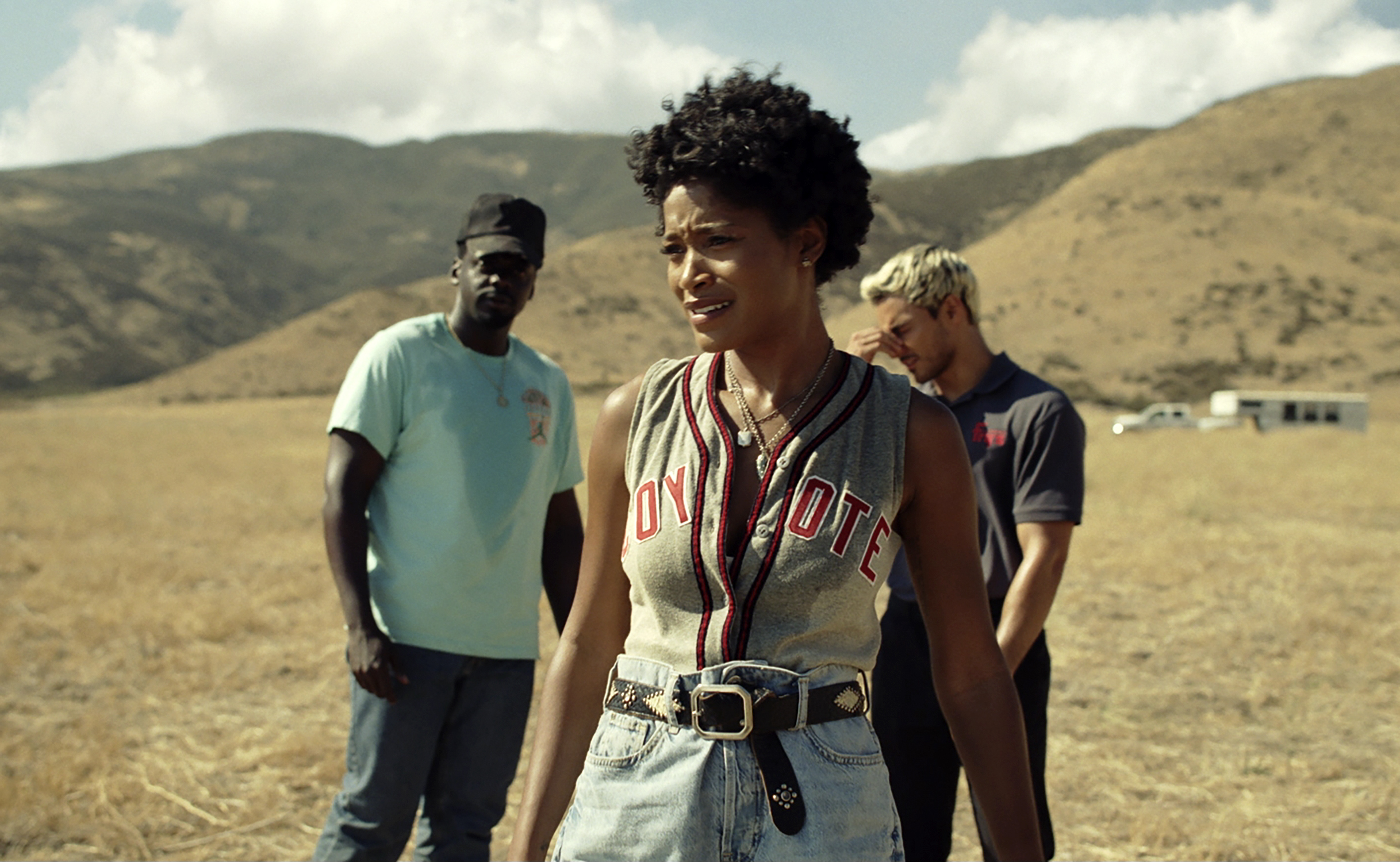 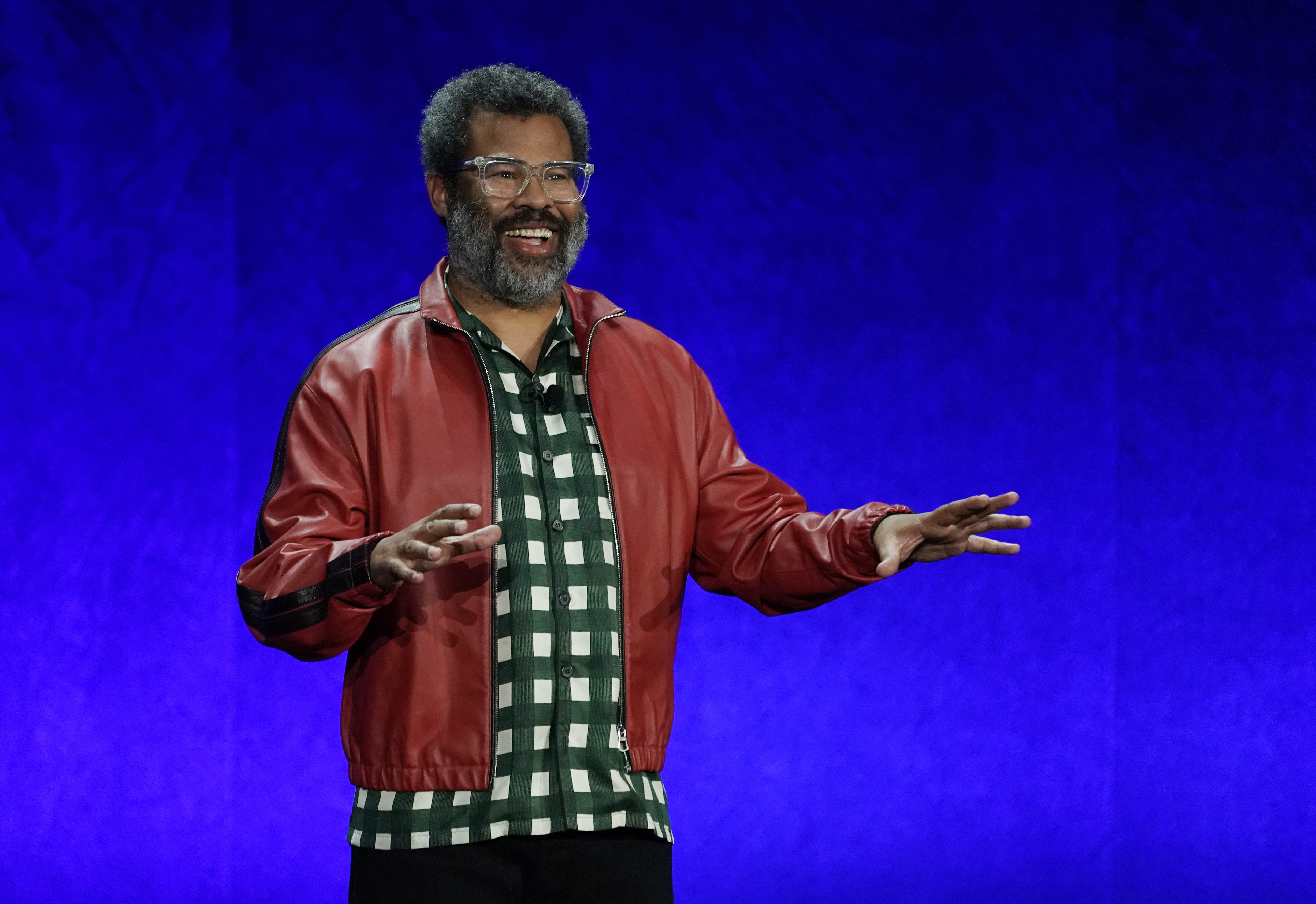