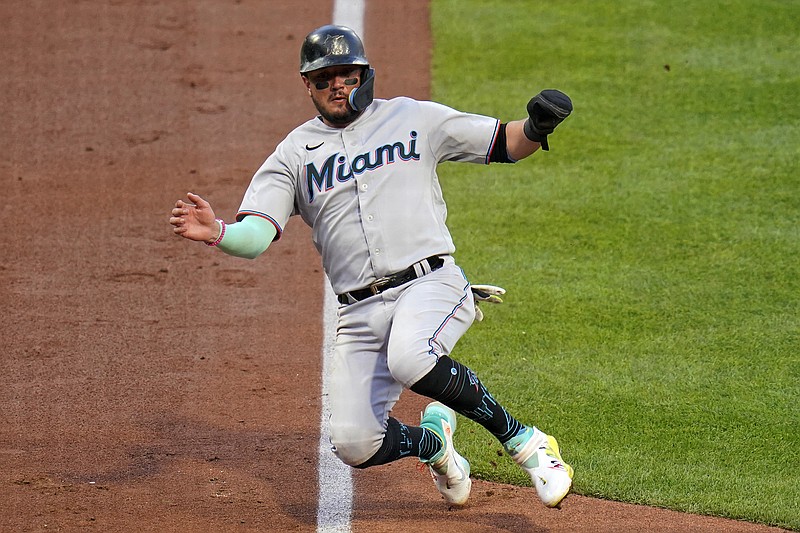 Miami Marlins' Miguel Rojas scores from third on a groundout by Nick Fortes during the fourth inning of the team's baseball game against the Pittsburgh Pirates in Pittsburgh, Friday, July 22, 2022. (AP Photo/Gene J. Puskar)

BOSTON -- Raimel Tapia put his head down and started a slow jog to first base, not sure he'd gotten the pop he wanted when he drove a bases-loaded fly ball to deep center field in the third inning.

Then everything about the play -- and the rest of the night -- changed.

Tapia hit an inside-the-park grand slam after a misplay by Boston center fielder Jarren Duran and the Toronto Blue Jays set a franchise record for runs in a game, rolling past the Red Sox 28-5 on Friday night.

Toronto came within two of the modern major league record for runs in a game after stranding two runners in the ninth inning with Boston infielder Yolmer Sanchez on the mound.

Every Blue Jays starter had at least two hits, and Lourdes Gurriel Jr. tied Frank Catalanotto's franchise record with six of them.

"That was awesome," interim manager John Schneider said. "We talked about it before the game, how you can come out a little bit sleepy and you can came out hot. I think we came out hot, obviously."

The 28 runs are the most ever yielded by a Red Sox team, eclipsing the previous mark in a 27-3 loss to Cleveland in 1923.

The Fenway Park faithful jeered throughout the night -- except for a wedding proposal on the video board with the home team trailing 25-3. The woman's "yes" was one of the few times Boston fans found reason to cheer.

Toronto entered the day with a two-game lead over the Red Sox for the AL's final wild-card spot. The Blue Jays improved 7-3 against Boston this year.

RAYS 7, ROYALS 3 Yandy Diaz hit a three-run double in the fourth inning that keyed Tampa Bay's victory over Kansas City. Former Razorback Andrew Benintendi drove in two of the Royals' three runs with and RBI single in the third inning and an RBI groundout in the seventh.

REDS 9, CARDINALS 5 Joey Votto, Donovan Solano and Jonathan India homered, Tyler Naquin drove in four runs and Cincinnati opened the second half of the season with a win over St. Louis. 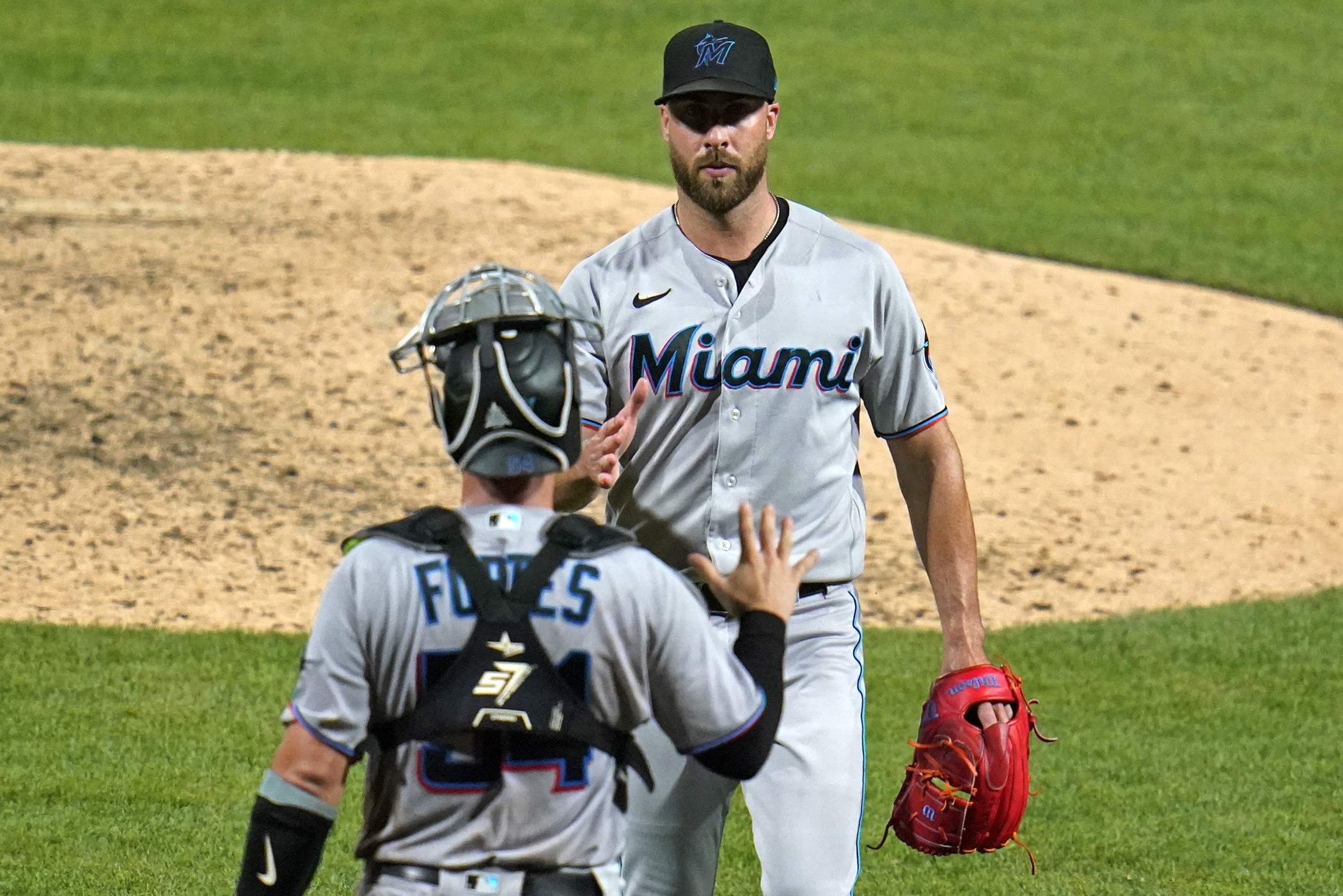 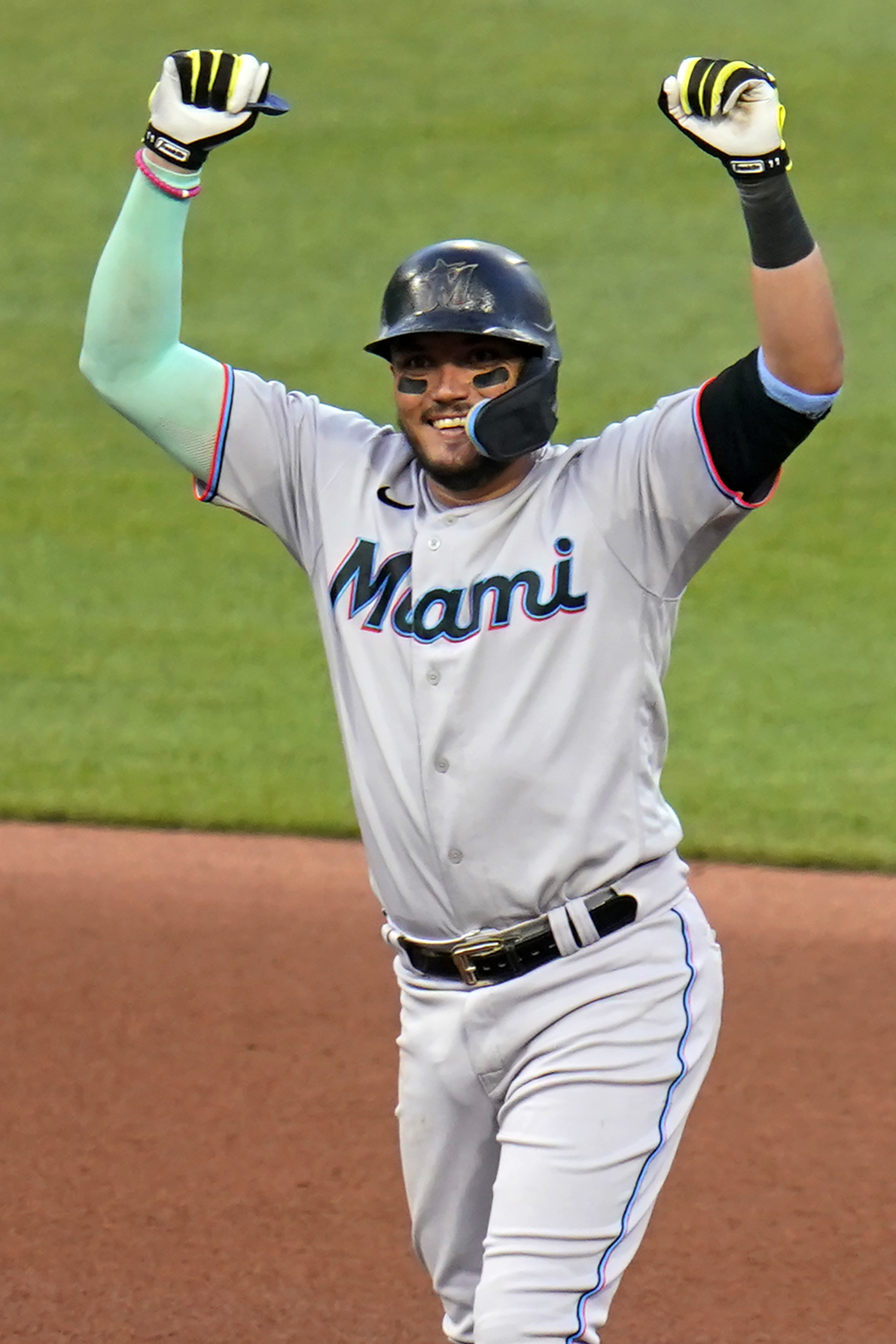 Miami Marlins' Miguel Rojas celebrates as he stands on second base after an RBI double off Pittsburgh Pirates starting pitcher Zach Thompson during the fourth inning of a baseball game in Pittsburgh, Friday, July 22, 2022. (AP Photo/Gene J. Puskar) 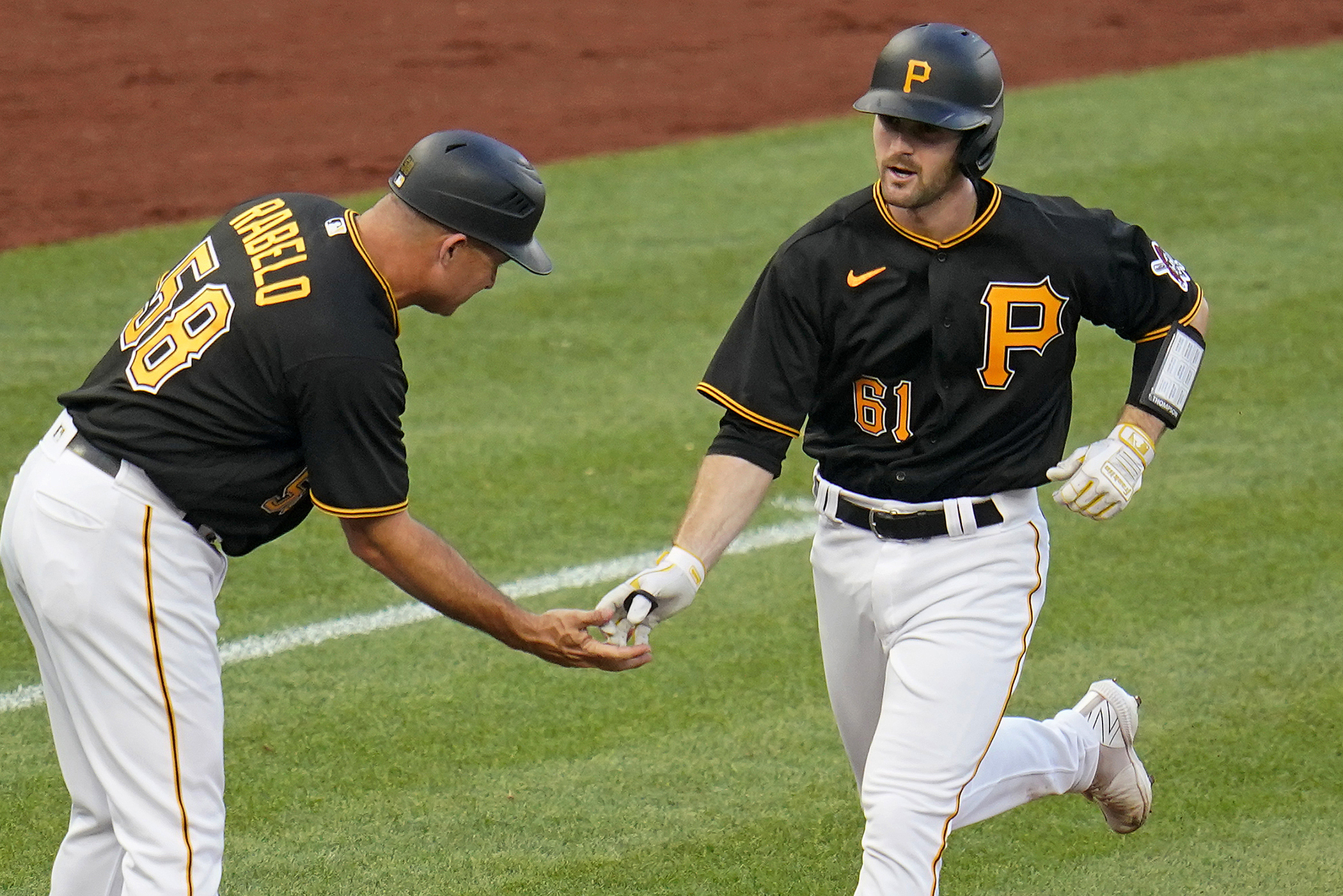 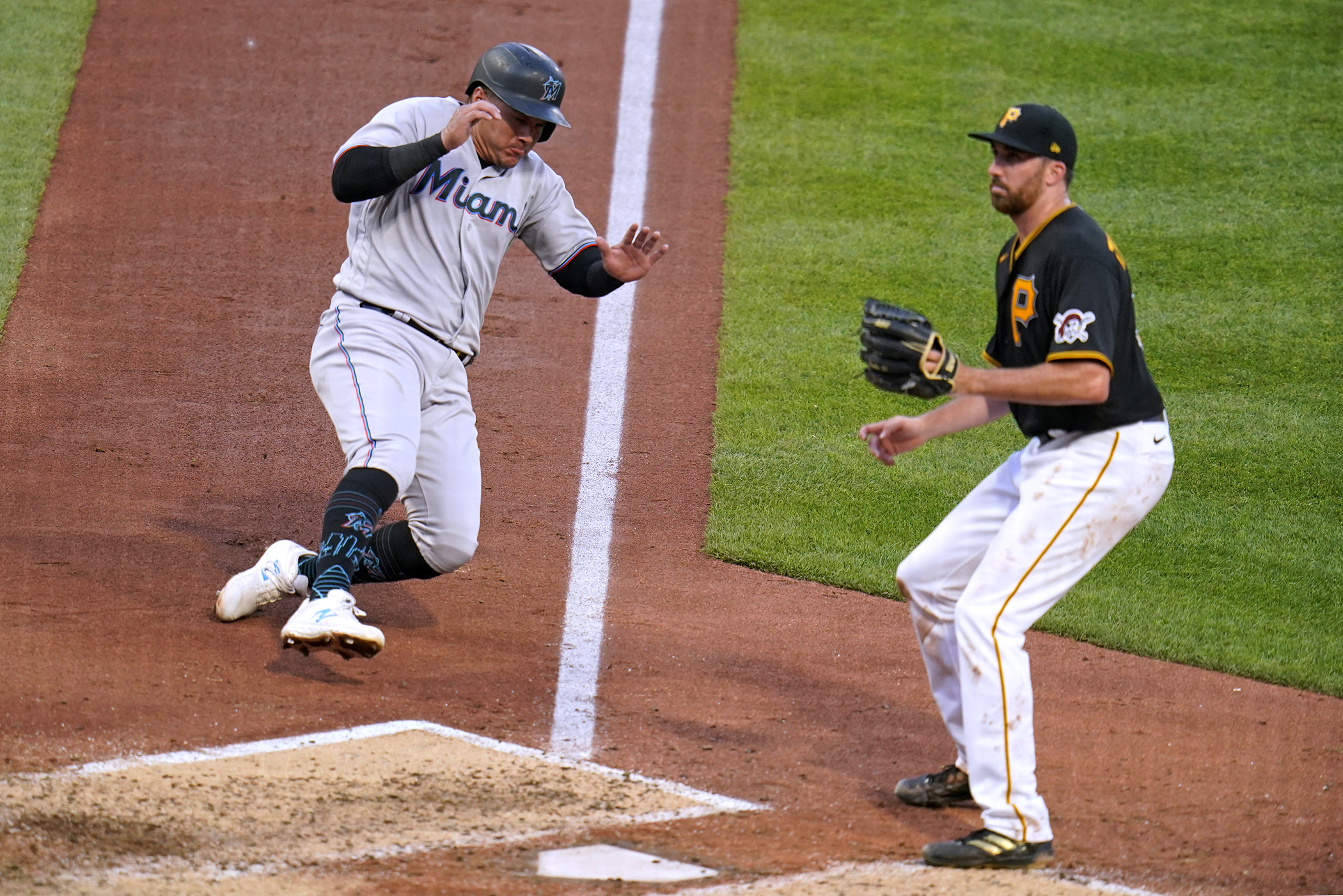