IT TAKES A LIFETIME: After getting polio at 10, he chose medical career 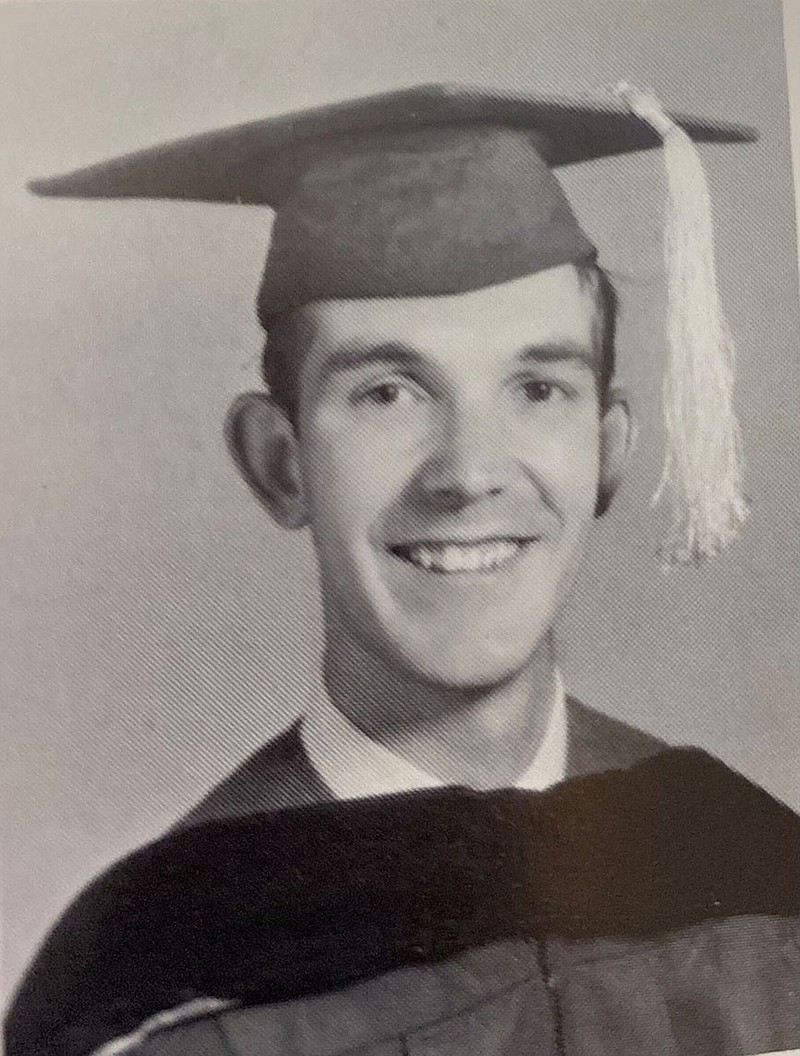 Dr. John Gustavus, now 80, did an internship at St. John’s Medical Center in Tulsa. He surmises that his decision to train at the Catholic hospital might have been related to the nurturing experience he got as a child when he was treated for polio at then-St. Vincent Infirmary in Little Rock. (Special to the Democrat-Gazette)

Dr. John Gustavus chose a career in medicine because he wanted to help.

"I always liked science and I did well in it," says Gustavus, the son of a Southern Baptist preacher. "Of course, growing up in a preacher's family, I wanted to do something that would maybe benefit people, so I put the two together and decided that being a doctor would probably be a good way to do that."

His career choice might also have had something to do with his being the only child he knows of who contracted polio in Pike County when he was 10 years old.

"I lived in Glenwood, Ark., at that time," says Gustavus, 80. "I had gone fishing with my dad the day I got sick. I remember it was a really hot and dry day in July, a whole lot like what we've had this year."

The older family doctor in town couldn't figure out what was wrong with Gustavus, whose fever registered as high as 106 degrees.

"Finally my dad bundled me up and put me in the car and drove me to Baptist in Little Rock," he says.

Doctors there diagnosed his disease and sent him to then-St. Vincent Infirmary for treatment.

"I ended up being taken care of and they thought they were going to have to put me in the old iron lung but thankfully they didn't," he says. "I made friends with some of the sisters who were there and they would tuck me in and bring me watermelon, which was my favorite thing in the world."

He was hospitalized for a couple of weeks.

"Once I was through the acute phase they sent me back home and I was able to finish the fifth grade at home. The teachers would send lessons home and so that way I didn't get behind in my schooling," he says.

Gustavus was born in Warren but saw several parts of the state, including Glenwood, as he grew up.

"My dad went to Ouachita also," he says. "You know the tiger [statue] on that campus? It's had its tail broken off several times. But my dad and his class put that tiger there on the campus."

Gustavus has had a private practice in Sherwood for many years.

"I specialize in family medicine but in the last few years we've kind of tailor-made the practice so we do flight physicals," Gustavus says. He took up flying while he was in medical school, fitting private pilot's lessons around academic obligations.

He also leads an opiate use disorder practice, a government-sponsored program, helping people overcome opiate addictions, with an average of 125 patients coming in at least monthly for monitoring and counseling services.

Gustavus has a slight hearing impairment, the result of his time serving in Desert Storm.

"I was with the 148th Evac Hospital out of Camp Robinson and we were nationalized and sent to Saudi Arabia," Gustavus says. "I was a physician, I was a lieutenant colonel in the Army after we were activated. We took care of our troops, anybody that was injured, and I actually took care of some of the Iraqis that were injured and flown in there."

That was his second stint of military service.

"I had already fulfilled my obligation in the U.S. Navy during the Vietnam era," he says.

Gustavus was stationed with the Marine Corps in Hawaii, about six months after marrying his wife, Pam, so they essentially had a three-year honeymoon in the tropics.

Gustavus met his wife, then a respiratory therapist at St. John's in Tulsa, while he was doing his internship. She works with him in the Sherwood clinic. They have established, through the clinic, a scholarship through the Elks Lodge of North Little Rock to benefit students interested in medical or nursing school.

The Gustavuses have two children -- Lucy and Donald -- and three grandchildren, who call him Popeye.

Gustavus been interested for more than a decade in research into the powers of vitamin C.

"I wrote a little pamphlet which was a synopsis of several books, most of them written by Thomas Levy, who is a cardiologist and is on the lecture circuit for vitamin C, and we do some alternative therapy in our office," he says. "That's the third part of our practice."

Looking back, Gustavus feels like he has done what he set out to do in his medical career.

"I think one of my biggest accomplishments is helping people with opiate use disorders," Gustavus says. "This is very desperately needed. Society has kind of dropped them along the way. And I think what I have learned about helping people with their nutrition and helping them live healthier lives. I think if you start treating illness you've already lost, but preventive medicine, I think, is something that certainly needs to be more on the horizon." 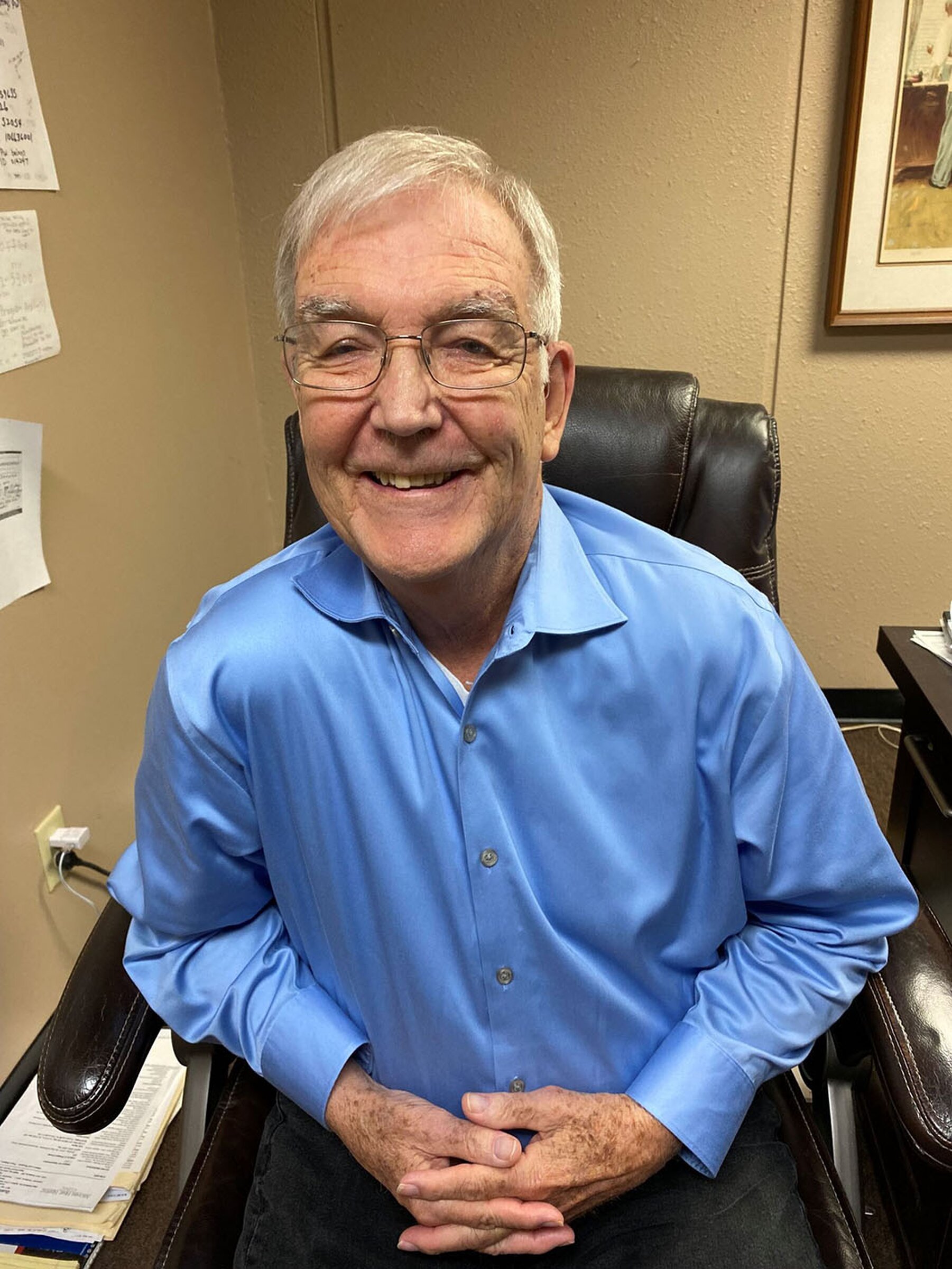 Dr. John Gustavus, 80, provides mostly family medicine in private practice in Sherwood. He also does opiate treatment and performs physical examinations for pilots. The son of a southern Baptist preacher, Gustavus went into medicine to help. He has been a member of the Elks Lodge in North Little Rock for 37 years and has established a scholarship through that organization for students interested in medicine or nursing, in hopes of helping them get started in their fields. (Special to the Democrat-Gazette)

Print Headline: After getting polio at 10, he chose medical career