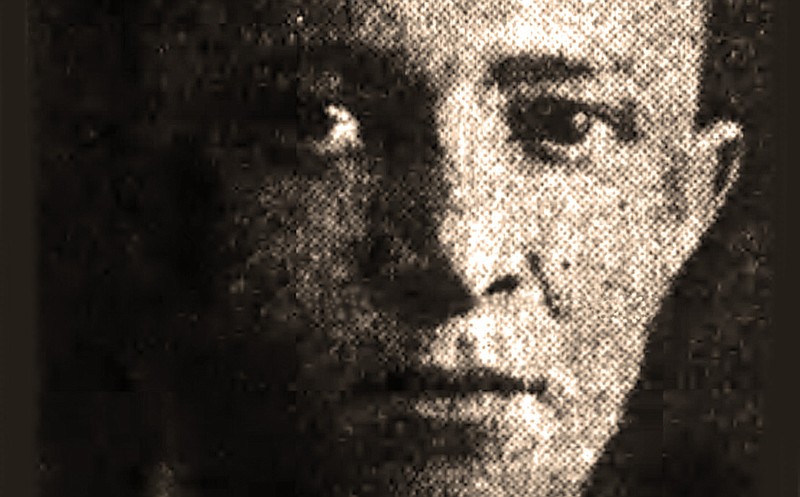 Before we dig into today's fun topic — how colleagues of Arkansas Gazette cops-beat reporter Joe Wirges mocked his candidacy for Big Rock constable in 1922 — we must scratch up an un-fun bit of necessary background.

Second, remember this: A commercial version of the Ku Klux Klan had set up shop in Little Rock, where ministers, businessmen, doctors, dentists and city officials eager to be seen as "for" Prohibition and "against" wife-beating and burglary readily joined the club.

Members of this new Klan had dues to pay, uniforms to buy and goofy titles to aspire to; and because support percolated up from Sunday Schools, marching along the street in a pointy hat-mask appeared respectable, though not to everyone.

As Kenneth C. Barnes recounts in that admirable book I keep flogging — "The Ku Klux Klan in 1920s Arkansas" (University of Arkansas Press, 2021) — anti-Klan groups sprang up, too. They germinated faster in July 1922 after the Klan outfit at Little Rock announced a list of approved candidates for every office in the Democratic primaries.

In opposition, a "Citizens Committee" of lawyers and businessmen vowed to "combat race hatred and religious bigotry" as well as secrecy in politics. Nothing is ever simple in Arkansas politics, and so anti-Klan sentiment also came from Democrats who doubted the Little Rock Klan manager's devotion to white supremacy.

Oscar Winn, a one-armed lawyer who was running for prosecuting attorney, tried to have the Klan candidates barred from the primaries. He failed; but the Citizens Committee did publish its own (much shorter) list of anti-Klan candidates.

One more thing: On July 27, 1922, the League of Women Voters put on a well attended picnic with speeches at the White City amusement park (see arkansasonline.com/725uca/).

And now we are ready to read about the anti-Klan candidate for constable of Big Rock Township: our man Joe Gazette. More or less verbatim, here is the Wirges campaign "news" from that July 27:

CANDIDATE WIRGES ALL SET FOR SPEECH-MAKING

Joe (Gazette) Wirges ... yesterday announced that weather and national affairs permitting, he, himself and personally, will speak a piece in advocacy of his campaign today. Joe has picked out White City as the spot where he will spill the tidings, and the fateful hour will be at that instant in the afternoon when Joe manages to crash in amid the eloquence of other candidates for high office.

Joe has his speech all memorized and everything. This speech is the cat's pajamas. It represents the best thought of his entire campaign staff, and is constructed along the strong and simple lines of Lincoln's Gettysburg Address.

Inasmuch as Joe is somewhat addicted to conversational reverse English, Heinie Loesch, his campaign manager, has directed that the speech be written hind-end-to. Joe has learned it that way, and the result will be that when he starts to speak it, he will get it right.

As a special concession to his admirers, Mr. Wirges has consented to the publication of part of his address. Such of his constituents as desire may learn it also and repeat it with him in a kind of litany effect. Or, if desired, it can be used as a community song to the air of "Oh, the Bullfrog on the Bank," or some similar appealing folk tune.

[Hear a version of "The Bulldog on the Bank" sung by the late Jack David Angus Ogilvy at arkansasonline.com/725frog.]

The overture of Joe's speech, as written at present is, "Gentle and ladies men: My name is constable of Big Rock Township, and I am a candidate for Joe (Gazette) Wirges. I will support your appreciation," and so on.

It reads not so good as printed, but Joe speaks from right to left in a way, so it is due to come out all right in the end.

The speech, after asserting the biological fact that our hero was born at a remarkably early age, goes on to recount his early struggles; how by strict application from the time he was so small that he was exempted from the one foot on the floor rule, he has progressed onward and upward til now he wears proudly as a crown the title of champion semi-amateur balk-line pool shooter.

Don't miss the speech. Remember the day and date. White City, sometime tomorrow afternoon. Attendants will pass among you distributing the words and music; and strong-arm men will be there to entertain any gent who may be peeved with the performance.

At a late hour last night Manager Loesch bulletined it out to headquarters staff that the candidate was beginning to weaken on the speech-making. Joe seemed to be getting suspicious that somebody is trying to kid him.

Manager Loesch put it out cold that if Joe runs out on his duty to his constituency at White City today, he might as well keep on running out. That's all the running he will get to do. So if Joe doesn't show up behind the speakers' table with the water pitcher on it this afternoon, don't call him names. He has been called 'em — all there are.

Celia here again. We have a roster of suspects for the mischievous author(s) of the Wirges campaign stories. In "A History of the Arkansas Press for a Hundred Years and More" (see arkansasonline.com/725fred), Fred Allsopp lists the 1922 Gazette newsroom staff:

My chief suspects for the Wirges reports are Chenault, a bon vivant to the manor born; Heinie Loesch; and C.T. Davis.

We do know who wrote our next bit: Davis, the editorial page poet. This was his July 20, 1922, Ramblin' Aroun' column:

Up betimes and a-horse with Frederick, Baron ­Hotze; and I bestride a mettlesome cob of his which seek, eftsoons, to stand me on my ear, but we manage to steeple chase across the country right handily, although we both do bemoan that at the end there can be no posset of mulled port to take the stiffness from us. To the Marion Armes where I break fast heartily amid goodly company, and in the street J. Wirges, whom I meet, tell me that he is standing before the hustings for constable of my bailiwick and bespeak my good offices and I tell him that I will write a piece in the paper for him which, memo: I must do. To the publishers where Mr. F. Chenault, new come from the South downs, do tell me that bourbon be purchasable in Louisiana at a ha-pound the pint plus the chirurgeon's prescription of four bob. Naught further to do at the publishers, so home and to bed where I read more in Mr. Wells his Outline of History, including what I have read this twelve-month past and forgot.

Next week: Joe "Gazette" Insists That He Ain't No Myth; and the Arkansaw Hillbillies Orkestra