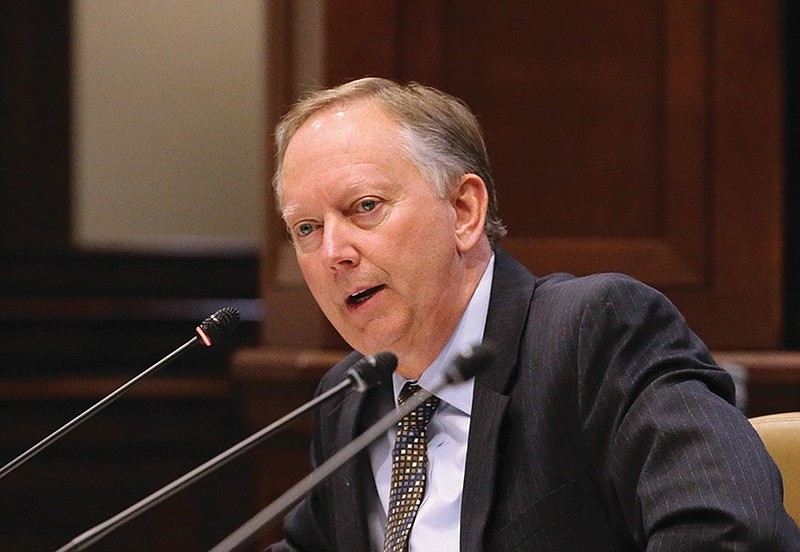 Arkansas' budget director says no federal American Rescue Plan funds will be used to directly offset the proposed tax cuts that lawmakers will consider in a special session expected to begin Aug. 9, and that any indirect offset would be difficult to compute, if it exists.

"Should funds be used in violation of [the American Rescue Plan Act], there is a recoupment provision that could be applicable," Robert Brech said in a memo dated Tuesday to Gov. Asa Hutchinson and to Larry Walther, the secretary of the state Department of Finance and Administration.

"Even if there was a finding that Arkansas indirectly utilized ARPA funding to offset tax reductions, the potential liability would be severely limited," he said.

In a lawsuit filed in March 2021, Arkansas joined 12 other states in seeking to invalidate the "Tax Mandate" of the American Rescue Plan, Brech said. The act allocated $195 billion in flexible relief funds to states, but the wording from Congress specifies that states cannot use that money to offset tax cuts.

In November, a federal judge permanently enjoined the U.S. treasury secretary from enforcing the tax mandate against Arkansas and the 12 other states, calling the tax-cut restrictions "a federal invasion of State sovereignty." The judge's ruling has been appealed to the 11th Circuit Court of Appeals, Brech said.

The Arkansas attorney general's office has indicated that the potential for any recoupment is extremely low, Brech said.

"Given Arkansas's current economic condition, record surpluses the previous two fiscal years and forecasted surpluses next year with or without further tax reductions, the Tax Mandate should not be a factor in moving forward with the proposed tax changes," he said in the memo.

Hutchinson said the latest analysis from the state Finance and Administration Department "indicates that our tax relief plans will not trigger the claw-back provisions.

"Regardless, we can’t let the federal government control state tax policy and it is clear that the claw-back provisions are unconstitutional," the Republican governor said in a written statement.

"The fact that a federal judge has enjoined the claw-back provisions provides assurance that proceeding with the tax cuts is the right and prudent course," Hutchinson added, referring to West Virginia v. United States Department of Treasury. "Right now, the state is collecting too much in tax revenue. With over $2 billion in reserve funds and a surplus projected into the future, it is absolutely necessary for the state to return some of this excess collections to the taxpayers.”

Senate President Pro Tempore Jimmy Hickey, R-Texarkana, said Wednesday that "it is all very frustrating to say the least.'

"It doesn't matter what they are saying at this point," he said.

Hickey said he believes the special session on tax cuts planned to start Aug. 9 should proceed, but that the state should hold back on spending several hundred million dollars in federal American Rescue Plan funds in light of the lawsuit.

"That's the most prudent thing to do," he said.

This story has been updated with comments from Gov. Asa Hutchinson. It was originally published at 2:55 p.m.