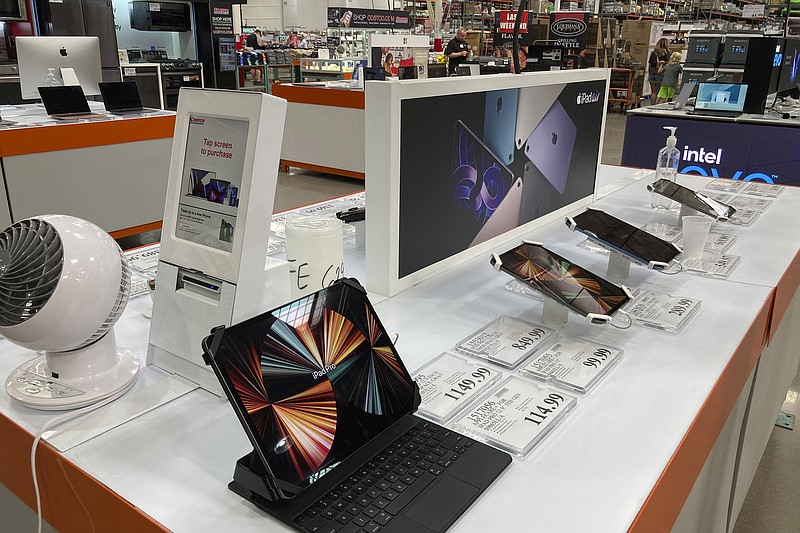 A display of Apple iPads is shown in a Costco warehouse in Thornton, Colo., earlier this month. (AP/David Zalubowski)

BERKELEY, Calif. -- Apple's profit slipped during the past quarter, but the world's largest technology company fared better than many of its peers.

Despite manufacturing headaches and inflation pressures that have vexed a wide range of businesses, Apple profit declined by 10% while revenue edged up 2%. Both figures were better than analysts projected.

The results for the April-June period weren't a huge surprise. That's because Apple had already warned that its revenue would be depressed by as much as $8 billion because of supply-chain problems that have been compounded by pandemic-related shutdowns in Chinese factories that make iPhones and other Apple products.

That scenario played out as expected. Apple's fiscal third quarter earnings fell to $19.4 billion, or $1.20 per share, while revenue edged up to nearly $83 billion.

The positive surprise helped boost Apple's stock price by 4% in extended trading after the numbers came out Thursday.

As usual, Apple's results were propelled by the iPhone, which posted a 3% gain in sales from the same time last year. Analysts had been bracing investors for a slight decline because of the supply-chain issues and the forthcoming release of a new model this fall. It marked the seventh consecutive quarter that iPhone sales have increased.

The ongoing demand for iPhones underscores the enduring appeal of a device that has helped has established Apple as the world's most powerful tech company during the past 15 years. The device's sales climbed, despite inflation hovering at its highest rate in more than 40 years, a development that caused consumers to rein in their spending on a variety of discretionary items, such as clothing and other home goods, that enjoyed an uptick in demand during the pandemic.

The troubles emerging in corporate earnings reports in the past two weeks -- combined with other sobering data -- have heightened worries that the Federal Reserve's inflation-fighting increase in interest rates will shove the economy into a recession. That would weigh on corporate profits and already drooping stock prices.

Tech stocks have been particularly hard-hit by market jitters, with the Nasdaq composite index that is tethered to the industry's fortunes falling by 22% so far this year. Apple had held up far better than most of its tech peers, with its stock price declining 11% this year before Thursday's rally in extended trading. 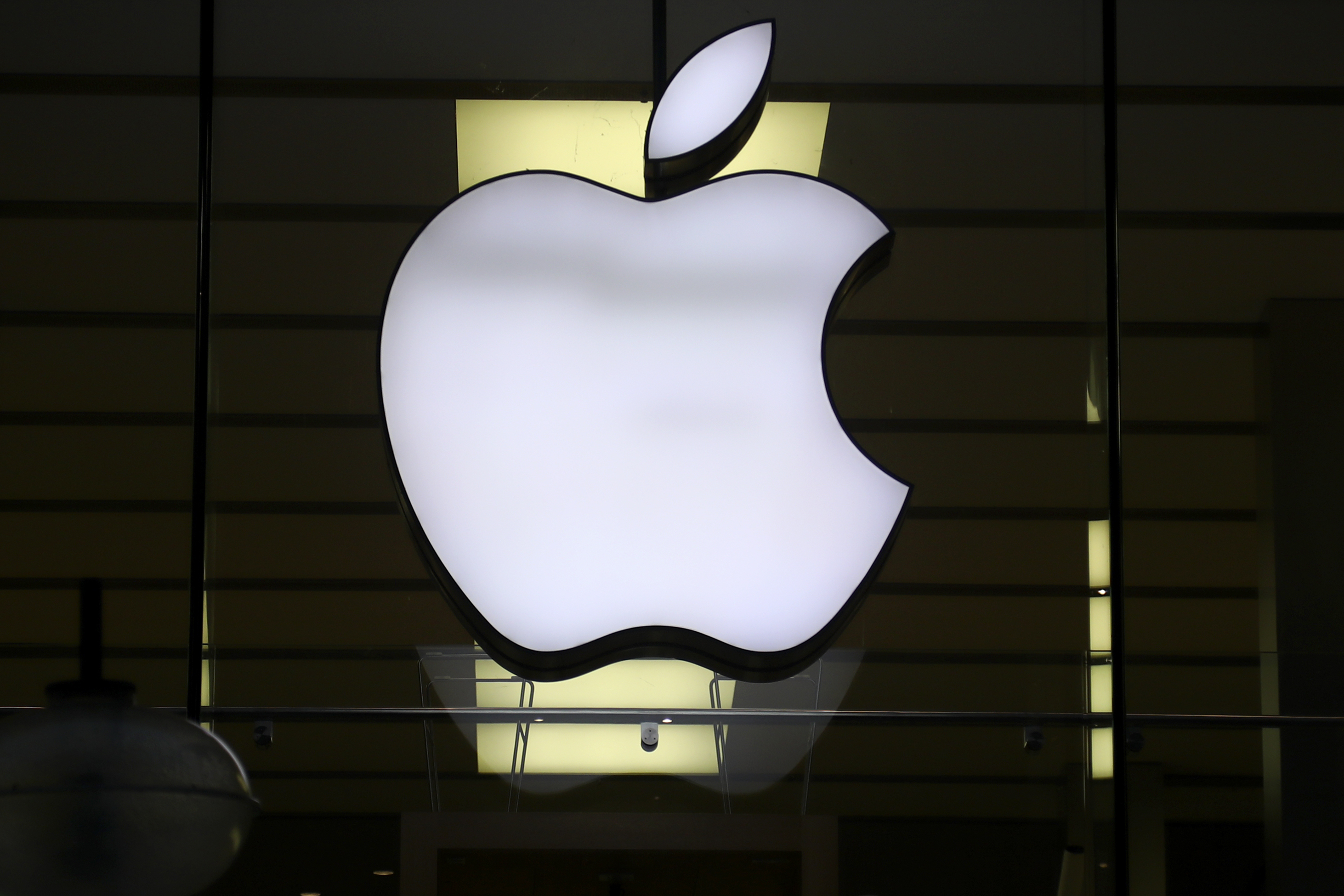 FILE - The logo of Apple is illuminated at a store in the city center in Munich, Germany, Wednesday, Dec. 16, 2020. Apple’s profit slipped during the past quarter of 2022, but the world’s largest technology company fared better than many of its peers. (AP Photo/Matthias Schrader, File)