OPINION | REVIEW: ‘DC League of Super-Pets’ offers something for everyone

Krypto the Super-Dog (voice of Dwayne Johnson) shares a moment with his crime-fighting best friend “Supes” (John Krasinski) in “DC League of Super-Pets.”

Superman has been around for a long time, appearing in comics, on the radio, on television, and in plenty of movies. But now his dog, Krypto, and friends are heading to the big screen for a superhero cartoon called "DC League of Super-Pets."

The Man of Steel's best friend made his debut in comics in 1955, and possesses most of Superman's main abilities, flight, heat vision, freeze breath, enhanced speed, and strength. He also shares Superman's infamous weakness to kryptonite.

"DC League of Super-Pets" opens with a surprising choice for what's seemingly a kids movie, with the planet Krypton about to blow up, ending the lives of billions. As a baby Clark Kent/Kal-El (John Krasinski) is placed into an escape pod aimed at Earth, a puppy named Krypto (Dwayne Johnson) manages to climb inside just before it takes off.

Anyone who knows anything about Superman can fill in the rest of the story, and the film graciously doesn't waste any time showing Smallville or Pa and Ma Kent raising the Man of Steel. Because this is Krypto's story.

The film cuts to Krypto waking up Supes for a walk (flight), and Johnson takes over as narrator, showing how close he is with his owner. Alas, there is conflict, namely, Lois Lane (Olivia Wilde).

As Superman spends more time with Lois and even plans proposing to her, Krypto (whom the audience understands but people in the movie don't) becomes jealous, particularly as other dogs rightfully point out that Clark Kent wants some space to enjoy time alone with Lois. And a somewhat clingy dog with superpowers makes that difficult.

While Krypto remains in denial about the approaching engagement, Superman senses his buddy not handling the situation well. And Lois suggests getting Krypto an animal friend of his own. Clark visits a rescue shelter where the film's other protagonists wait to be adopted.

While the animals hope to be adopted someday, Ace keeps their spirits up with stories of a farm he'll take them to upstate when they escape.

Before Clark Kent can adopt a new friend a giant chunk of orange kryptonite enters the atmosphere, being pulled by a giant laser from Lex Luthor (Marc Maron). Luthor reveals his plan is to use the orange kryptonite to give himself superpowers, but it doesn't work. And Supes and Krypto quickly lock him in prison.

As they return the rock to outer space, Lulu manages to snag a tiny piece with a laser of her own and gains the power of telekinesis. She then sets fire to the animal shelter and leaves to begin her evil plan.

Unbeknownst to her, the other shelter pets received powers from the orange kryptonite, too. Ace is invulnerable, PB can grow or shrink rapidly, Chip can shoot lightning out of his paws, and Merton can run at super speeds. Ace gets his friends out of the petstore before the fire destroys them all.

As Lois shows up for a date with Clark, Lulu attacks, capturing Superman with kryptonite and poisoning Krypto with some as well, robbing him of his powers.

It isn't long before Lulu captures the entire Justice League, and Krypto has to team up with Ace and the gang to rescue them.

Some parents watching the trailer for "DC League of Super-Pets" might dread having to sit through the one hour, forty-six minute runtime with their kids, but this movie actually offers something for everybody to enjoy.

The story is surprisingly action-packed and hilarious. This isn't a typical kids movie filled with fart jokes. The writing is sharp, cute, and will even surprise the audience by tugging on heartstrings once or twice.

Part of what makes "DC League of Super-Pets" such a successful movie is how effortlessly charismatic Johnson is. He's hilarious, tender, loyal, and reflective in his role as Krypto, learning how to not be his own worst enemy and trust his new friends. And Johnson plays off Hart's comedic timing so well that the two never miss a beat. Hart even delivers an emotional punch of his own when he reveals how Ace ended up in the shelter.

There's not a poorly-written character or performance in the entire film. There's so much voice talent in "DC League of Super-Pets" from Keanu Reeves to Olivia Wilde, and the film makes good use of each actor.

The movie doesn't drag or face any awkward pacing issues.

For longtime comic book fans, there are plenty of Superman easter eggs hidden throughout "DC League of Super-Pets," including references to past villains like General Zod and Mister Mxyzptlk. The film really does offer something for everyone to enjoy, even if they've never read a comic book or seen a superhero story.

The film's animation is fine. It gets the job done and looks decent, though it likely won't appear in the Best Animated Features category at the Oscars. Warner Animation Group made a product that looks like it belongs on the big screen. But next to giants like Disney and Dreamworks, Warner's offering seems to fall into a slightly lower ranking.

Composer Steve Jablonsky did a solid job providing a powerful score and even managing to work in some classic Superman themes from past movies that those with a careful ear will pick out now and again.

"DC League of Super-Pets" will surprise its audience with just how much it has to offer and to whom.

Kate McKinnon says she based her performance as demented hairless Guinea Pig Lulu on Olivia de Havilland’s work in the 1964 American psychological thriller “Lady in a Cage.” 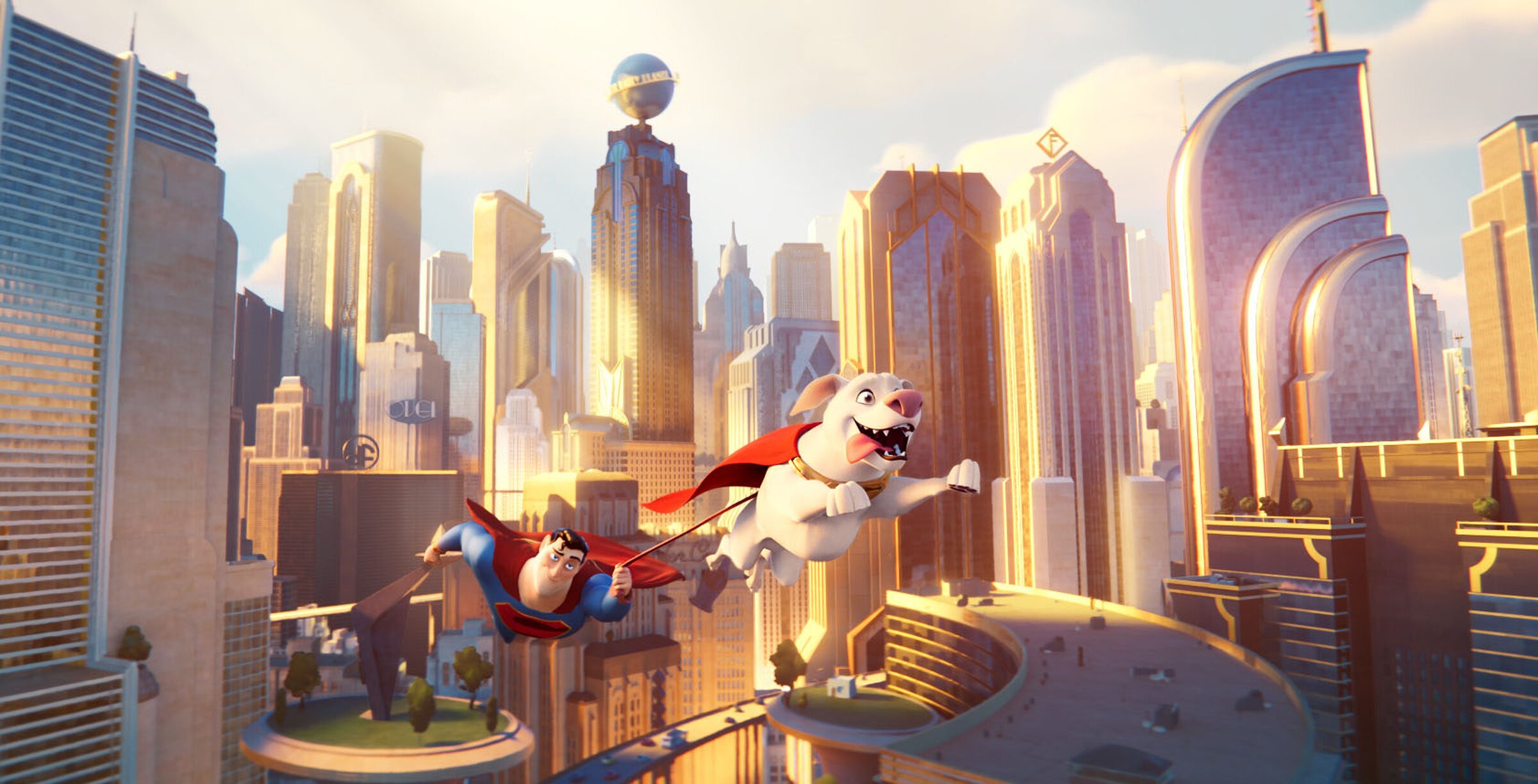