Where did the photos go? Backing up your gallery 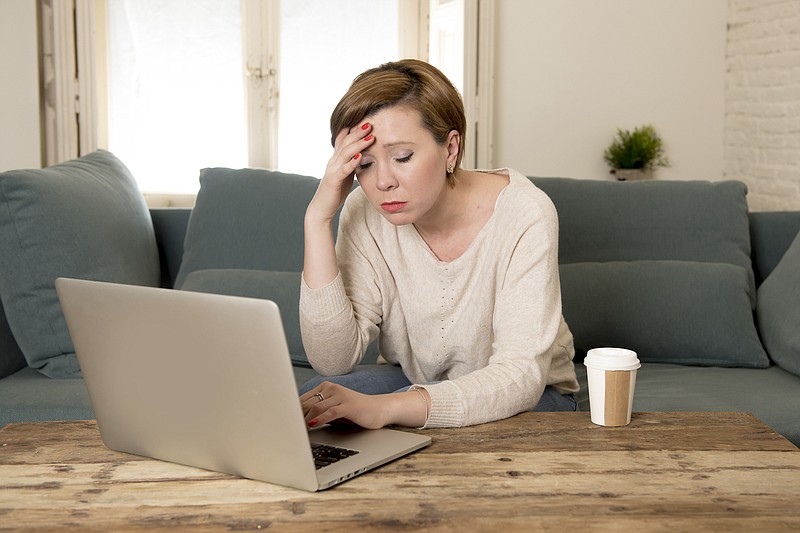 All it takes is one lost phone or one crashed drive for years of photo memories to vanish. (Courtesy of dreamstime)

Here I lecture you all the time about properly storing and organizing all that matters as if I had all my photos right where I wanted them.

Well, this week, the joke's on me.

My oldest daughter is about to get married. As a surprise, I wanted to create a slideshow using one of those digital frames with alternating pictures of her and her fiance as they grew up then met.

I took the plunge into the family photos thinking the worst part would be facing my younger self.

Sure enough, those photos did plummet me into sinkholes of sentiment. But then I learned there's something worse than finding all those photos. It's not finding them.

Chronicling the first half of my daughter's life was easy. Fifteen years ago, I wisely gathered all my snapshots and had them professionally scanned and put onto a DVD. I dutifully copied the images onto my laptop and a few flash drives, which I distributed to family members.

Then came the digital age. We stopped saving physical photos in envelopes, drawers and photo albums, and "saved" them on phones, laptops and clouds.

I, being a Super Tech Hero, saved the once-in-a-lifetime images on my PC to a handy-dandy external hard drive we'll call Disco. I programmed Disco to back up my laptop daily.

A few years ago, I retired my 10-year-old laptop. I transferred its contents to Disco. In keeping with my decluttering ways, I took the old PC to the computer store to have it wiped and recycled. A member of the Geek Squad verified that Disco indeed had all the data.

When I went to retrieve photos from 2008-2018, Disco sent this message: E: is not accessible. The parameter is incorrect.

At Geek Squad, the agent confirms that Disco has crashed, and probably took everything with him.

The agent admits Disco into the Geek Squad Hospital, where data surgeons extract some files and transfer them to a new drive. The photos, however, while I could see them by file name, had degenerated into mere strings of code.

I call two people who might care. Diana Uricchio owns OXO Digital Organizing, in Orlando. Her business helps folks digitally organize their important papers and photos. Mitch Goldstone owns ScanMyPhotos (scanmyphotos.com), a company that has scanned more than a billion images, including mine.

To help keep you and your photos from also becoming victims of corruption, Goldstone and Uricchio recommend the following:

◼️ Assess the mess. List all the places you have photos squirreled away: phones, computers, file folders, shoeboxes, albums, laptops, USB drives, external hard drives, CDs, cloud services and so on. Then pull them together.

◼️ Scan your snapshots. Have all the non-digital photos scanned. Don't use the average household scanner, which is good for paperwork. Use a professional service, like ScanMyPhotos, or rent a high-quality scanner.

◼️ Create a photo hub. Consolidate all the digital photo files into one place, like a new external hard drive formatted for your type of computer (PC or Mac). Use this as the dedicated HUB, where the best versions of all your photos will live. Transfer photos to the new drive one device at a time.

◼️ Store now, organize later. Don't try to edit or eliminate duplicates yet. "That's a big mistake," Uricchio said. "Your computer or drive could crash tomorrow. Back the mess up now, then edit."

◼️ Back it up. Have three complete copies of the master file. One on your laptop, one on an external hard drive or flash drive, and one copy either on the cloud or on another external hard drive stored somewhere other than your home, such as a safe deposit box. Uricchio uses BackBlaze (backblaze.com), an automatic, cloud-based backup service, that costs around $60 a year. Be sure to migrate them forward as technology changes.

◼️ Connect with the cloud. Be sure your smart phone is set so all its photos automatically upload to the cloud, said Goldstone. Options include Google Photos, DropBox, OneDrive, iCloud and Amazon Photos.

◼️ Kill the doubles. Once all photos are safely stored and backed up, you can start organizing. Uricchio uses deduplication software to eliminate photo doubles, which makes the project more manageable.

◼️ Consider hiring a pro. If you're technically savvy and have the time, go for it. But, if this seems daunting (yes), you can find a certified photo expert near you through The Photo Managers (thephotomanagers.com).

And they and their photos lived happily ever after.