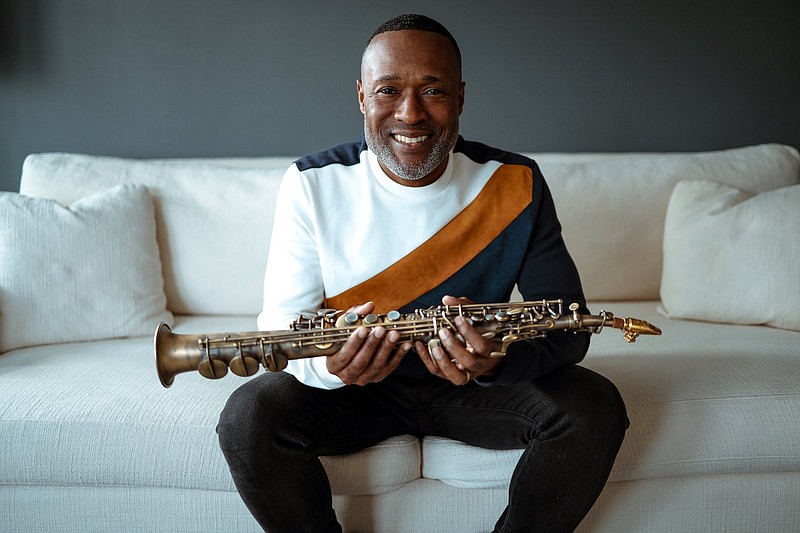 The first week of August in Little Rock has become synonymous with jazz, thanks to the organization known as Art Porter Music Education Inc. ... and despite the fact that A Work of Art, its signature week of fundraising concert performances, went on hiatus for two years because of the covid-19 pandemic.

The event, timed to coincide with the birthday of its namesake — the late Art Porter Jr. — returns this week with a performance lineup featuring three jazz recording artists: pianist Jeff Lorber and saxophonist and Euge Groove, along with Washington-area saxophonist and Little Rock native Merlon Devine.

Originally founded in 1993 as Art Porter Sr. Music Education Inc., Art Porter Music Education's mission is to preserve the legacies of the late classical/jazz pianist, educator and television producer Art Porter Sr. and his son, the late jazz saxophonist and recording artist Art Porter Jr. — both Little Rock natives and "both of whom dedicated their lives to music education, performance and community service," according to the organization.

Art Sr. produced "The Minor Key" on AETN, a program that showcased talented Arkansans; and he organized the Art Porter Singers, who continue to perform under the direction of Sterling Ingram. Art Sr. died in 1993.

"Their love for this community has always been reciprocated and is the reason the doors of opportunity continue to open for us," Benita Porter-Browning, the organization's executive director, says of her father and brother. "We are an extension of what they started ... ."

Arkansas jazz fans will once again have the opportunity to enjoy music, and contribute to the cause, during A Work of Art. The week's schedule: 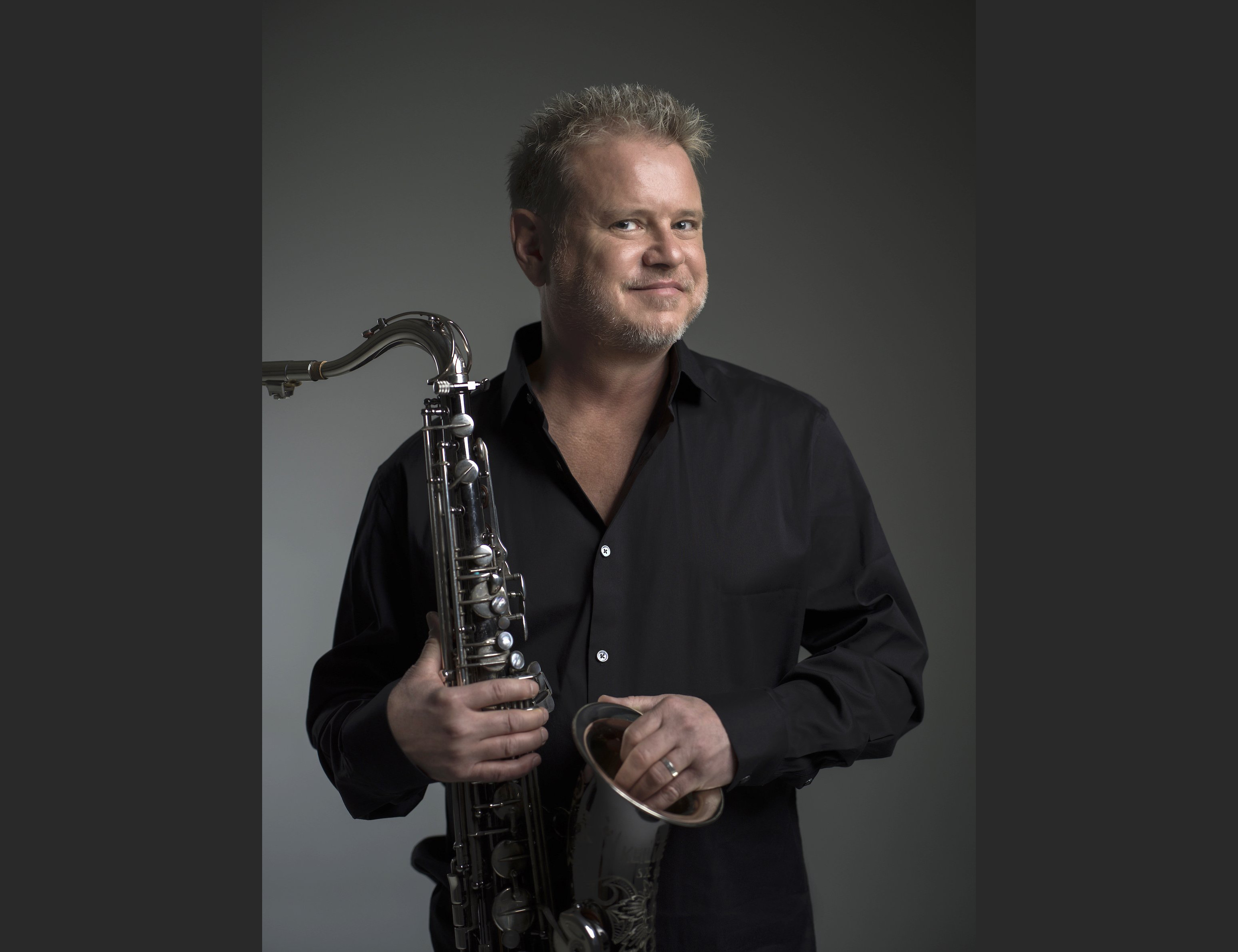 Scholarships and mentoring programs have been the main focus of Art Porter Music Education, which has awarded close to $70,000 to students pursuing music-related careers.

It takes the planning team nearly a year to shape A Work of Art activities. "So it is certainly not for the faint of heart," Porter-Browning says, "but it has been the most rewarding work I've ever done."

Ingram, the organization president, would concur.

"As I look back on how far we have traveled as an organization, I am amazed at the journey," says Ingram, who recalls the early days when the board would gather at the Porter home on Howard Street in Little Rock.

"At the time, I am not sure any of us knew to what degree we would grow," he says. "We were committed to preserving Art's rich memory. All of the board members had a personal relationship with Art and wanted to serve the foundation as well as we could."

From the start, the organization was able to draw "top-notch" talent for its fundraisers, Ingram adds. "As word of our scholarship work has spread, the range of musical performers has also."

Many had a connection to Art Jr. — including such high-profile artists as Ramsey Lewis, Will Downing, Pieces of A Dream, Alex Bugnon. Several have returned for repeat performances. (It was for Art Jr. that noted jazz pianist/composer Lewis agreed to narrate the documentary "A Porter, Sr.: A Music Treasure," first shown on AETN in 1996.)

"Will Downing has always been a crowd favorite," Ingram says. "The ladies love him."

The growth and development of Art Porter Music Education is due in large part, Porter-Browning says, to the partnerships and community support the organization has gained over the years. These include:

◼️ The Arkansas Jazz Heritage Foundation, the first partnership. The foundation presented its first Lifetime Achievement Award to Art Sr. in 1993 and established the Arkansas Jazz Hall of Fame in 1994. Porter-Browning and her mother, Pauline Porter, are former Jazz Hall of Fame board members; Ingram is a current board member. "So we are symbiotically tied to each other in full support of our like-minded efforts," she says.

◼️ Jazz in the Park. Sponsored by the Little Rock Convention and Visitors Bureau, this is a series of jazz performances that usually take place Wednesdays in April and September in Riverfront Park. Jazz in the Park "has been a perfect union for us," Porter-Browning says. "Our volunteers work the events and we receive a portion of the beverage sales. It's not really work, because we love being connected and networking with a broader jazz audience."

◼️ The Little Rock School District's fine arts department, directed by Danny Fletcher, which "has allowed our Minors in Music summer program to flourish," Porter-Browning says. "Our students and alums have been provided unique opportunities, including being mentored by and sharing the stage with our national recording artists — who continue to be in awe of their talent."

Of course, covid-19 tried to throw a monkey wrench into it all.

"Everything was shut down, and APME was no exception," says Porter-Browning. But the organization was still committed to awarding its annual scholarships: "We certainly understood the intensified need for the students during that period." She expresses her thanks to all supporters, including the ones who continued to send donations for the last two years.

These donations help to fund such programs as Minors in Music, a spinoff from "The Minor Key" TV show. It provides performance and development opportunities for music students through workshops; musical and educational relationships with professional musicians and educators; and a community service component. Also benefiting is Young Emcees, a program created to give underserved youths the tools to express themselves creatively and build their communication confidence. 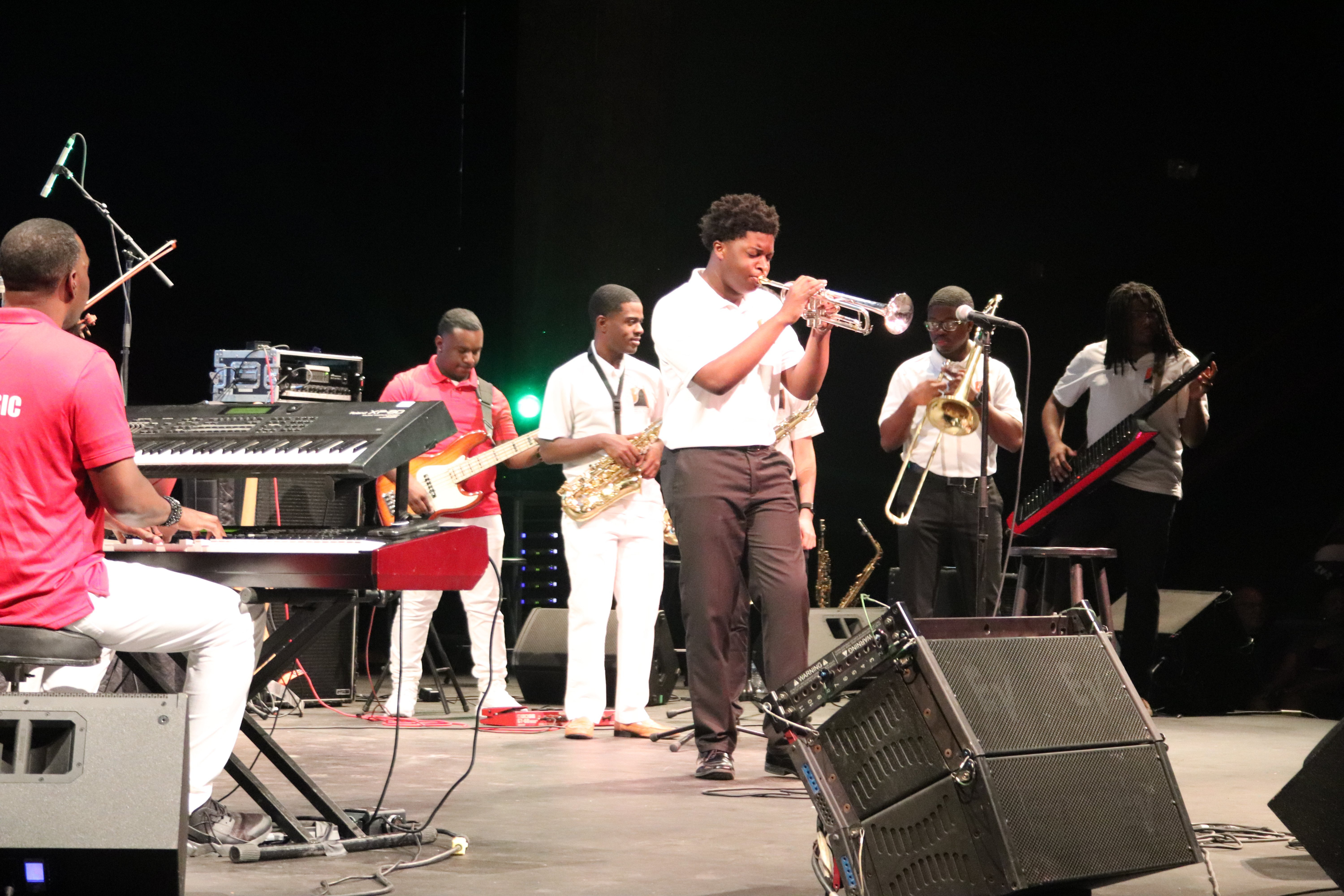 Scholarship winner Gabriel Wade performs on trumpet in a concert featuring recording artist Will Downing and marking the end of Art Porter Music Education’s A Work of Art Week. The concert was Aug. 3, 2019, at Wildwood Park for the Arts in Little Rock. (Arkansas Democrat-Gazette/Helaine R. Williams)  SCHOLARSHIP RECIPIENTS

Regarding those scholarship recipients, some have gone on to notable careers. Porter-Browning cites Korey and Eric Fells — brothers, pianists and Little Rock Parkview graduates.

Musician and audio engineer Korey Fells studied at the Berklee College of Music in Boston and has toured internationally with artists such as British singer-songwriters Sam Smith, Paloma Faith and Hope Tala. He was also the keyboardist for Sebrina Carpenter on ABC's "Good Morning America" concert series and Kanye West's first "Sunday Service."

Eric Fells graduated from Berklee in 2019 and has focused on writing and film composition; he's signed agency deals with the Fox network, BET and Netflix, creating musical scores, jingles and movie trailers. He, too, has worked with West and other musical artists, including gospel duo Mary Mary and music legend Quincy Jones.

And there's Gabriel Wade, 20, a Minors in Music alum and 2019 scholarship winner.

Wade fondly remembers Minors in Music as providing "an opportunity to learn the music that was a part of the jazz idiom, and get acquainted with it and start improvising and learning songs and getting to perform during [A Work of Art] week. ... It was a part of setting the foundation" that would help him on his way to becoming a performing musician, he says. Also a Parkview graduate who plays trumpet and piano, Wade remembers being "definitely elated" to win the scholarship. "I was ... super grateful."

He's now a new graduate of the University of Arkansas at Monticello, having completed his bachelor's in music, with an emphasis on jazz studies, in three years rather than four. He's headed to Northern Illinois University to pursue a master's in the same thing, and hopes to get his education certification.

"I definitely appreciate Art Porter Music [Education]," says Wade, who turns 21 the day of Lorber's performance. He gives kudos to all the teachers and mentors involved as well as to Porter-Browning. "I was just getting ... a lot of love from inside of the family at Art Porter."

One of Wade's fondest memories from the program: "I was able to take some of my classmates and friends to organize a trip, and we all got together and went to this Jazz Education Network Conference in Dallas, Texas. Miss Benita found a way to get us some food and stuff like that."

He says he wouldn't mind at all reaching back to help future Art Porter Music Education students.

"With the impact [of] being in Minors in Music ... and the impact it's had on my musicianship, I would definitely like to give that back."

Print Headline: A Work of Art