Folk For The Future: Willi Carlisle embraces everyone on ‘Peculiar, Missouri’ 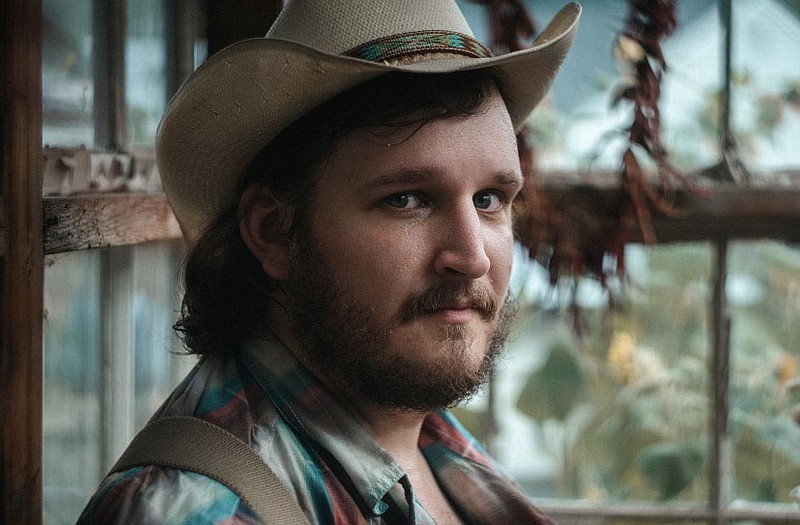 “I mostly just appreciate having anybody on my side. Because I hope to be one of the ones that’s doing this for 30 or 40 years. Not just have one successful album release cycle, you know what I mean?” — Willi Carlisle (Courtesy Photo)

Willi Carlisle's new album, "Peculiar, Missouri," eases back and forth between poetry and songwriting so completely that he's not sure when he's writing one or the other -- and he's OK with that.

"I still write poems as often as possible. I don't think I am writing in an academic mode anymore. I don't think I'm writing the same kinds of poems that I was encouraged to write in graduate school. And I don't often know if I'm writing a poem or a song. And I want to keep it that way," says the folk/country singer, multi-instrumentalist, storyteller, playwright and, of course, poet, who released his new album about wholehearted and enduring love, the transient nature of existence, secret romance and stories from the past in July.

The work is a magnum opus, but Carlisle remains humble.

"I mostly just appreciate having anybody on my side. Because I hope to be one of the ones that's doing this for 30 or 40 years. Not just have one successful album release cycle, you know what I mean?" muses Carlisle as his album garners rave reviews from No Depression, The Associated Press, The Grammys and now here in What's Up!

"Peculiar, Missouri" opens with "The Heart's A Big Tent" in which he sings ""How the heart's a big tent/ You gotta let everybody in!/ Doesn't matter who they are/ If they do right or where they've been/ Everybody gets in!" It's a bold, whole-hearted approach in a world where everyone argues on the internet and divides themselves into echo chambers. How does he maintain such an open approach despite everyone being angry with each other?

"I find it really easy. I actually don't think that everybody has a lot of anger towards each other. I know that. And I think that's what I take exception to is I think people have personal poison that they dump out onto the world, but that interpersonally people are actually quite kind and are quite capable, and that we have more in common than we have different," he says. "I think that what I want to promote is like a return to certain kinds of traditional values where community and family was ... very meaningful and very full of joy and mutual aid and fellowship. I don't necessarily think that I'm capable of bringing all that myself. I don't have any illusions about that. I don't think I'm a good activist. In the meantime, at least when I tell people the one thing I think I know, was that everything else really isn't so bad. And they really, they can be forgiven and they can also learn."

Carlisle says that he pulls this from his experiences touring coast to coast in a van. It's a lifestyle which he lovingly roasts in his Johnny-Cash-inspired trucker tune, "Vanlife," that acknowledges the dichotomy of Instagram-fed romanticism with the harsh reality of actually being homeless when he croons, "there's a fine line between having to and choosing it."

Then there's his traditional country waltz, "Life on the Fence," in which Carlisle finds himself struggling between living his authentic life singing, "what happened in Memphis made too much sense/ there's a part of my life she don't know exists" while he longs for a man who presents as a straight in his public life. In a Facebook post for the single's release, Carlisle says: "There's not much place in the world for queer men, especially when their fluidity means they could easily 'blend in.' There's still a toxic narrative that 'bi men don't exist,' and this is even worse in a world where rainbow capitalism absorbs queer stories to make them palatable. I'm not interested in being simple, so here's something unpalatable, something I'm learning to sing about: I feel more queer sorrow than joy. More peculiar misery than acceptable happiness." Perhaps it's because his song isn't as cheeky as "Cowboys Are Frequently Secretly Fond Of Each Other" that keeps it from traditional airwaves.

"A lot of people convinced me that it would find the right ears," he says of the song. He told No Depression, "I'd had parts of it in my head forever, maybe for a decade, but it never fully made sense until I allowed dishonesty, shame and internalized homophobia to blow up my life a few times."

While "Life on the Fence" creates a "Big Tent" for those on the fence or in the closet, Carlisle extends an invitation to those still wiling away in dying industries or giving up their dreams for sustainability in his tear-jerking song, "Tulsa's Last Magician." Singing, "cause there's a grand finale we can't hope to understand/And there's a 1 in 52 chance it's all magic and it's true/So won't you please help us believe in you?"

The tears flow easily too with "The Grand Design," written for a friend dealing with a mental health crisis with another nod to questioning the magic and vastness in the world: "Now I laugh and cry and the grand design/And mourn all of creation." While "The Grand Design" takes a direct approach to the questions of the world and vulnerability, Carlisle speaks as a narrator in the title track, which is a storytelling piece.

"It's a bit of ventriloquism, if I'm being honest, the idea came to me in a dream," he says of the song about two friends who pull over at a Walmart to wake up after dozing on the road. The narrator, overwhelmed with the vastness of everything, comes apart in the cosmetics aisle. "I've panicked in a story many times, but I've never had that exact experience. I didn't want it to be myself. Or, you know, pretend that it's totally true. I kind of wanted to try to put an Everyman in there, but also somebody that was a little bit full of sh*t, and that narrator is a little bit full of it."

Then he speaks through a character again with "Este Mundo," a song played in the style of Don Santiago Jiminez with Max Baca of Los Texmaniacs.

"I learned that from my mentor in cowboy songs, Steve Cormier, who set it to music with a friend of his named John Sparrow. That song is archival, and what I understand the literal testimony of indigenous farmer named, Antonio Lopez, who had his water rights taken away from him by a big water company," Carlisle explains. "I have to make a couple of apologies for that song in that I did not get all of the words right. ... I'm also sort of aware that inhabiting the voice of this old farmer is really complicated. And I want it to be honoring that bloody little backwater that I've gotten to step in, kind of by accident

"And to use it on stage as a paradigm to talk about other really colonialist projects that are happening," he goes on. "It's a several hundred year old story but the modern analogs are just absolutely everywhere. I think too often, folk music is like a fashion show. And there are people still singing songs from Marty Robbins' 'Gunfighter Ballads.' And when there's songs like 'Este Mundo' out there that you could just find if you paid attention. It grosses me out that people would still choose to sing about 'rootin tootin,' and petty feuds and stuff like that."

He also pays homage to the Ozarks with the album closer, "Rainbow Mid Life's Willow."

"I always wanted to sing more like women from the Ozarks than I did like men from the Ozarks. As time and the cruel vicissitudes of testosterone would have it, I sound a lot more like Jimmy Driftwood than I do Almeda Riddle, but I knew I wanted to end the album with a strictly traditional ballad even if I struggle," he says. "I owe everything to my mentorships in traditional music of the Ozarks. The people that have learned from the people who have learned from people in the Ozarks have empowered me to do everything. Every time they could have been gatekeepers, they've been welcoming. Every time that a [young musician] showed up late and hungry to their house to pick their brain about songs and stories, I was treated incredibly well." 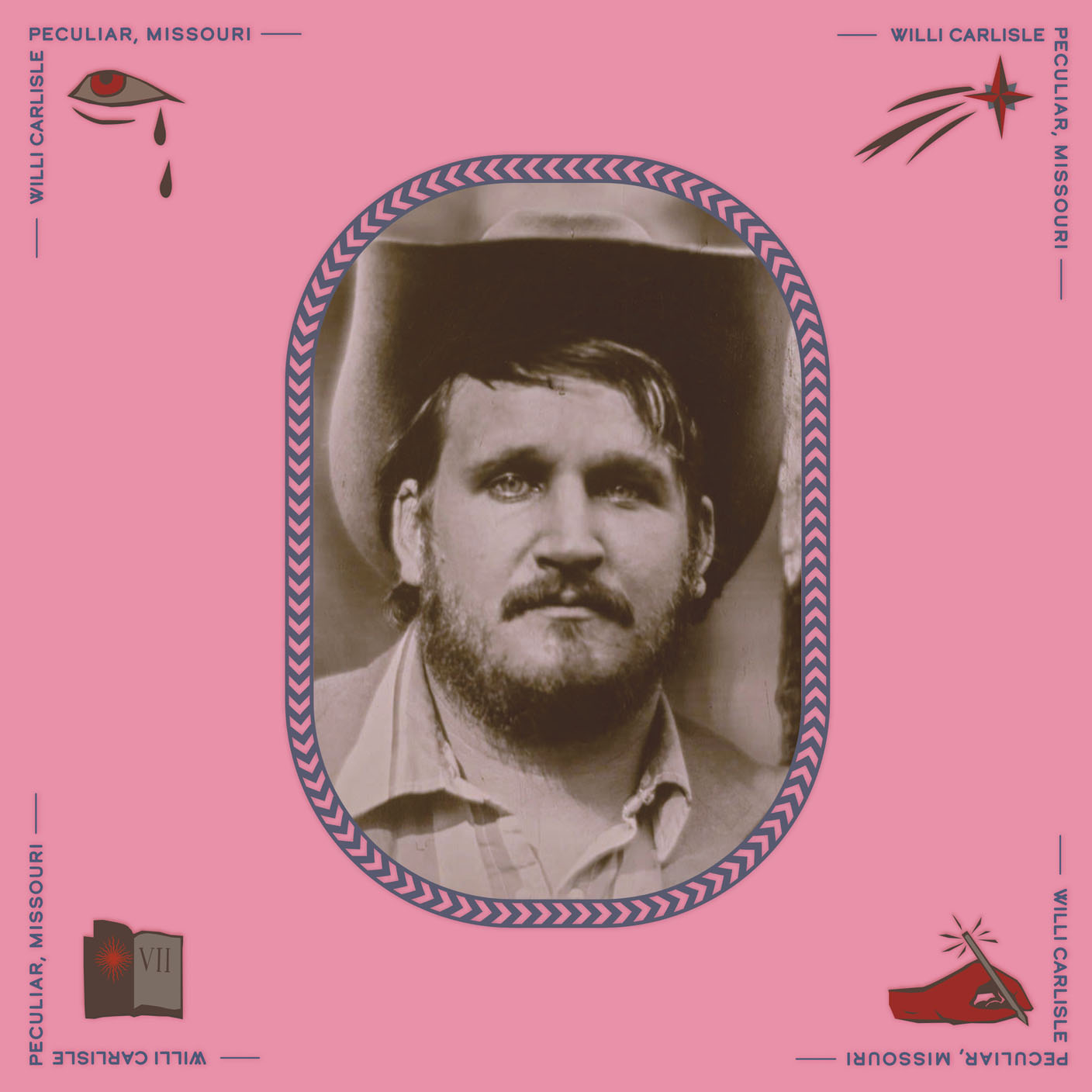 Print Headline: Folk For The Future