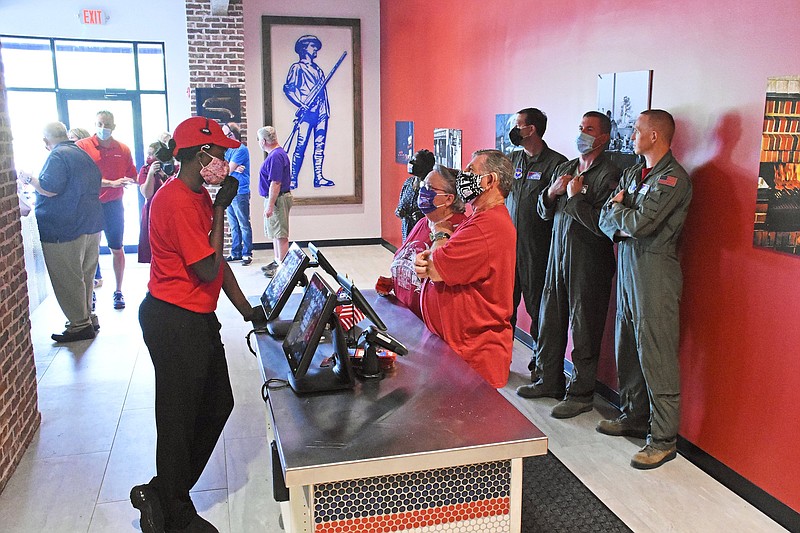 Customers place their orders on opening day of the Minute Man during in Jacksonville. (Democrat-Gazette file photo/Staci Vandagriff)

The Minute Man, 120 John Harden Drive, Jacksonville, has closed. Google reports it as "permanently closed"; the phone number, (501) 983-4857, returns only a busy signal; the website, minutemanburgers.com/jacksonville, shows only the number "404"; and the Facebook page, facebook.com/minutemanburgers, has apparently been taken down.

We were unable to reach CEO Perry Smith, who brought the legendary wood-smoked burger back to Central Arkansas (the last surviving restaurant still pumps 'em out in El Dorado) to great acclaim, opened the location in September 2020, and had been operating three food trucks, the most recent being what Smith called the Space Shuttle Cafe, 39 feet long, 8 feet wide and 11 feet tall, built out of the fuselage of a DC-3 that saw service during World War II. No word yet on whether the food trucks will continue to operate, or what happens to plans to open locations in Little Rock and Conway.

What had been Homer's West closed Friday at the Galleria Shopping Center, 9700 N. Rodney Parham, Little Rock, with the expectation, according to the voicemail message we reached at (501) 224-6637, that it will reopen by "end of June, first of July" as Homer's Kitchen Table, up the road a piece in half of the defunct Franke's Cafeteria in the Market Place Shopping Center, 11121 N. Rodney Parham Road. Co-owner David Connell told us a few weeks back that given the series of construction and equipment issues he has experienced, "It could be August." (An example: parts for his walk-in cooler weren't going to be available until this week. Plumbers had been waiting on the fabrication of parts for the grease trap and he had been unable to get the metal pieces he needed for the vent-a-hood.) At least the new sign is up on the Rodney Parham side. The other part of the Franke's space will become a fitness center, to be called Breakout Bar. homersrestaurant.com; facebook.com/HomersWest. 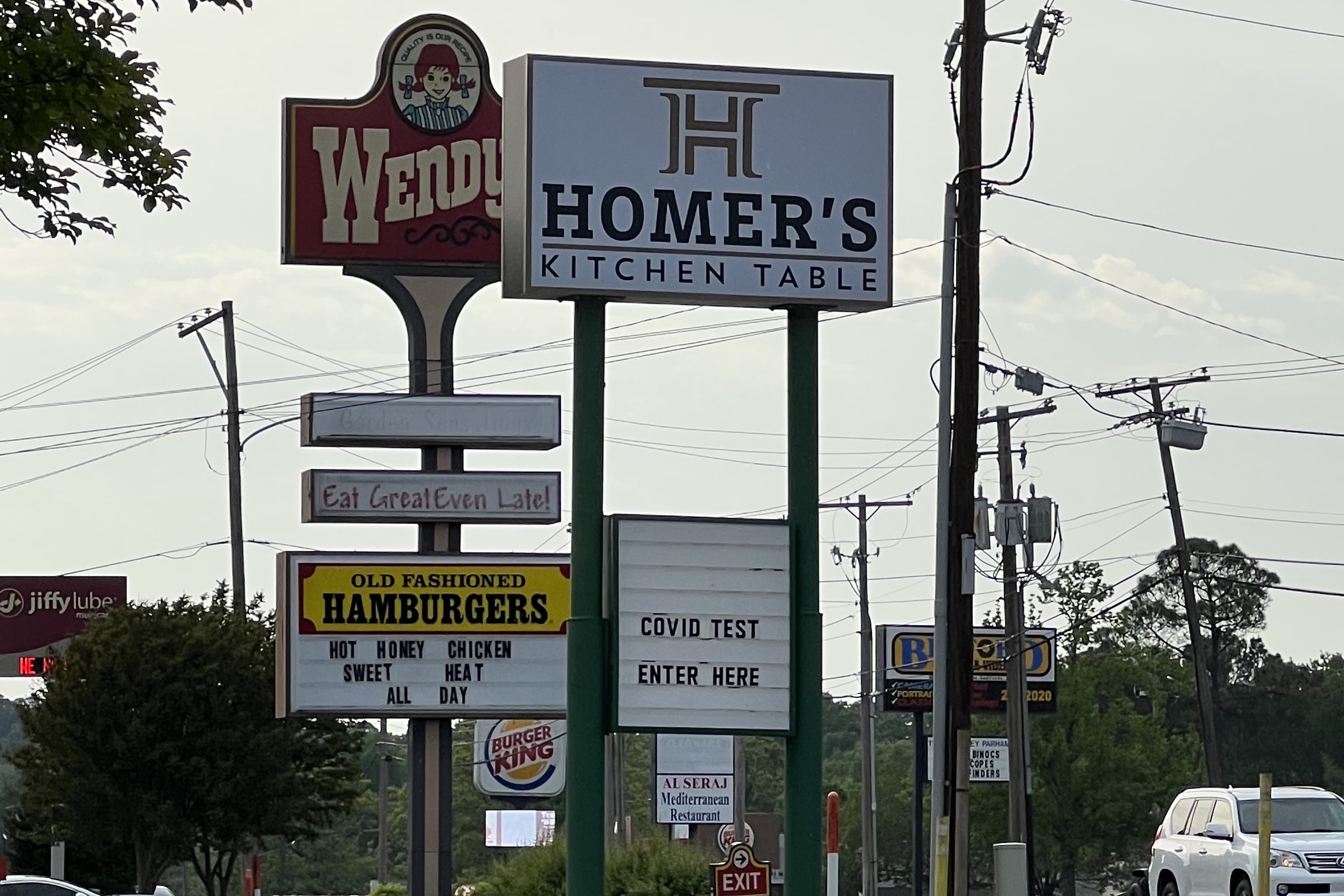 The sign is up for Homer's Kitchen Table at the former Franke's Cafeteria on North Rodney Parham Road in Little Rock. The restaurant, formerly Homer's West when it "resided" at 9700 N. Rodney Parham, has a target to open of late June or early July. (Arkansas Democrat-Gazette/Eric E. Harrison)
The latest central Arkansas location of Jersey Mike's, 19426 Cantrell Road, opened Wednesday. Hours are 10 a.m.-9 p.m. daily. The phone number was still pending by deadline.

At The Croissanterie, 14710 Cantrell Road, Little Rock, "it's been a crazy few weeks," according to an email blast to customers, "but we are excited to be back." A planned closure for plumbing repairs took "a lot longer than expected, and then the AC went out. While those were being addressed, we went home to a broken water line under a bathroom sink. Most of the floors had to be pulled up, leaving us without working bathrooms or kitchen, so we had to move out." (501) 412-4244; thecroissanterielr.com.

The latest chapter in the ongoing Arkansas Whataburger saga: franchise group Double H Burger Co. and the El Dorado-Union County Chamber of Commerce are breaking ground at 10 a.m. today at 1326 N. West Ave., El Dorado, with the restaurant targeted to open this fall.

And speaking of the Main Street Food Festival, the Downtown Little Rock Partnership and Stone's Throw Brewing are among the sponsors of the Main St. Mash-Off Brewing Competition, a home-brew competition, 6:30-9 p.m. Saturday at 101 E. Capitol Ave., at Main Street, Little Rock. The top brew will become the official beer of the festival. Tickets are $30, which includes paper cups for sampling; Slick's Sandwich Shop is supplying dinner at an additional cost. Visit tinyurl.com/36fwm3kv.

Central Arkansas Kum & Go convenience stores, following feedback from a trial run of their a new menu launch last fall, is adding more new menu items "to increase customers choices and meet their needs, including freshly made grab-and-go breakfast burritos, with four premium meat options and made-to-order breakfast bowls featuring a choice of breakfast potato or wilted spinach base," according to a news release. "Previous favorites of the new concept, including stackers and grain bowls, remain." You can now also order food and merchandise via their website, kumandgo.com.

Zaxby's is putting fried pickles back on the menu, and it'll be "a permanent menu item going forward," according to a news release; zaxbys.com.

And Chinese food is Arkansas' most popular takeout, based on the number of online searches for it, according to the meal delivery review website mealdeliveryexperts.com, where they analyzed more than 18 years of Google Trends data to come up with this vital information. They say Chinese food delivery increased by 182% in February 2020, with the highest search volumes coming from the Little Rock-Pine Bluff area. It's also the most popular takeout variety in 23 other states, including Georgia, Colorado, Louisiana and Kentucky.