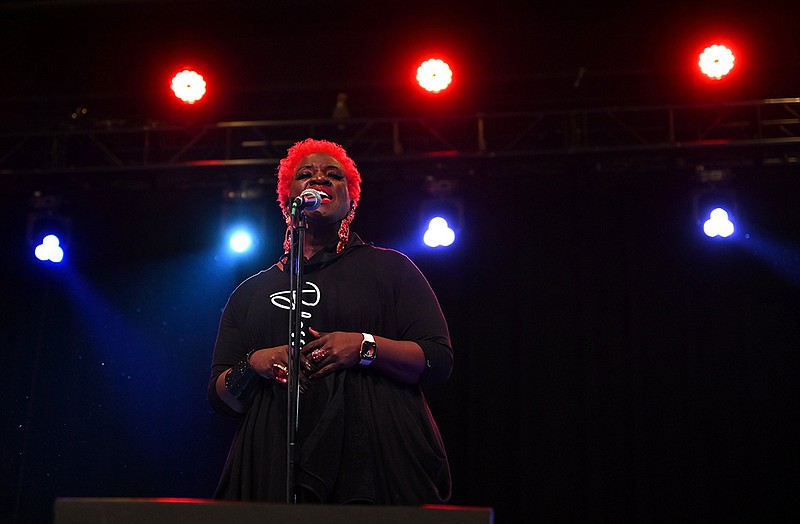 Nicky Parrish sings “I Will Always Love You” during Opera in the Rock’s announcement of its season schedule Wednesday at The Hall in Little Rock. All the company’s performances will take place at the venue on West Ninth Street. (Arkansas Democrat-Gazette/Stephen Swofford)

Opera in the Rock, Little Rock's professional opera company, will be the only one in the nation to dedicate its entire season to Black artists, the company's president and chief executive officer said Wednesday.

Everything on the season schedule will feature a Black composer, a Black cast or a Black featured act.

Fred Owens, president and chief executive officer of the reconstituted company, while announcing the 2022-2023 season Wednesday, said it will be "the only opera company in the United States dedicating its entire season to building the Black experience."

The season will offer one fully staged opera; one concert version of a full opera; a "Masked Gala" with internationally acclaimed mezzo-soprano Denyce Graves as its headliner; a recital by soprano Takesha Meshe Kizart-Thomas honoring Black opera stars and jazz luminaries; and a "Divas in the Rock" fundraiser paying tribute to the late R&B singer Whitney Houston.

Owens and new artistic director Ella Marchment revealed the schedule at The Hall, where all the performances will take place, on West Ninth Street, which was the center of Little Rock's Black business district in the first half of the 20th century.

The company has rebuilt itself following the departure of its executive artistic director, Kate Sain, in October and the cancellation of the remainder of the 2021-2022 season by her replacement, in February, citing "a change in artistic vision."

"Fred and I decided to dedicate a season to Black artists because all of our senior management team are technically 'racial' outsiders," Marchment explains in the company's season brochure. "I, myself, am of mixed-race Asian, South American heritage and my family is more predisposed to listen to reggae music than opera."

Marchment directed the opera company's production of the one-act opera "Scalia/Ginsburg" in August 2021 and was scheduled to direct the canceled production of Gaetano Donizetti's opera "Anna Bolena" in May.

Graves, known primarily for singing title roles "Carmen" and "Samson et Dalila," has performed in major opera houses and in concert halls throughout the world, including, in March 2006, a recital at the University of Central Arkansas in Conway.

• June 3-4, 2023: "Highway One" by Arkansas native William Grant Still, the fully staged opera, set in the home of a couple who run a filling station on U.S. 1, which runs from Key West, Fla., to Maine.

The event also included a "Let's Talk Opera" panel discussion featuring Marcia Sells, chief diversity officer for New York's Metropolitan Opera, and Victoria Ramirez, executive director of the Arkansas Museum of Fine Arts. With Owens moderating, they covered ways to build sustainable community-centered arts organizations, women and leadership in the arts, and the importance of diversity, inclusion and equality in the arts.

Sells stressed the importance of "making sure organizations and the people who manage them are thinking about the communities where they are sited; that conversations are not just surveys, but real, actual conversations" with people in the community.

Ramirez said being community centered is "caring as much about the community and the people who walk through your doors" as about what's being presented.

Also part of Wednesday's program: soprano Mikayla Lynn Hatfield, originally from Van Buren, who Owens hinted would be appearing later in the season, sang a spiritual ("Guide My Feet"); an art song ("Out of the South Blow a Wind" by F.C. Woods) and "Summertime" from "Porgy and Bess." Nicky Parrish, who will be the music director for "Divas in the Rock," sang Houston's hit, "I Will Always Love You."

Sain left the opera company "to pursue other opportunities, including establishing a new arts production and consulting firm," according to a news release.

During her four years at the head of the company, she created partnerships with the Arkansas Repertory Theatre, Argenta Community Theater, Ballet Arkansas, Pulaski Heights United Methodist Church, the Acansa Arts Festival, Celebrity Attractions and the Clinton Foundation.

Owens, a Pine Bluff native who divides his time between New York and Arkansas, does not have a background in opera; his experience is in nonprofit management.

He has been the president and CEO of UFBG (Unity Fellowship Breaking Ground ), a nonprofit that helps New York young adults (age 16-30) who are homeless "or reside in under-resourced communities" transition to adulthood. He previously served as director of development for Project Enterprise, a microfinance organization that supports and develops New York entrepreneurs and small businesses and spent five years as associate director of marketing and public relations at a New York-based Broadway producing company.

More information is available at oitr.org. 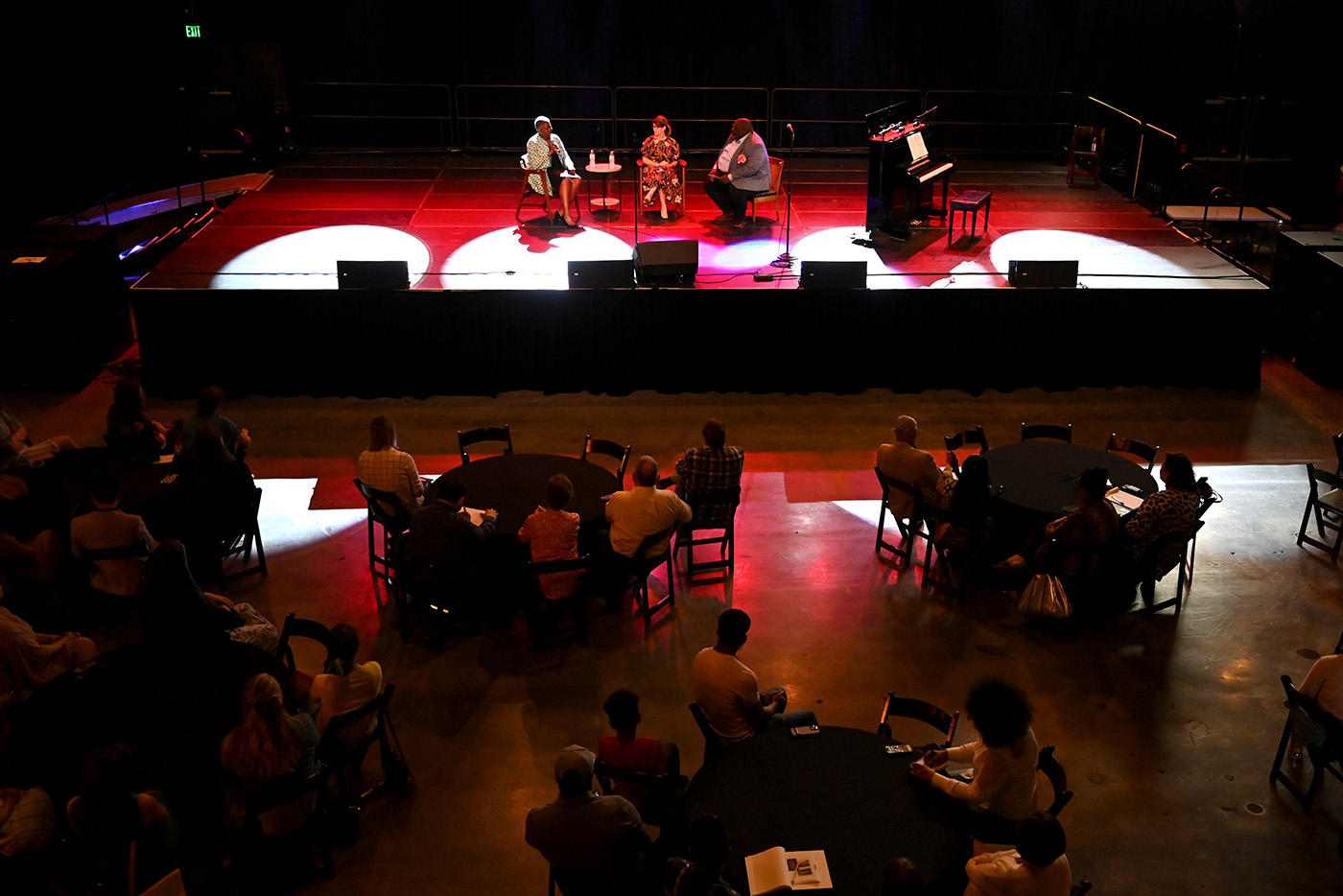 Marcia Sells (from left), chief diversity officer for the New York Metropolitan Opera; Victoria Ramirez, executive director of the Arkansas Museum of Fine Arts; and Fred Owens, Opera in the Rock chief executive officer, discuss the importance of diversity, inclusion and equality in the arts during an Opera in the Rock panel discussion Wednesday at The Hall in Little Rock. (Arkansas Democrat-Gazette/Stephen Swofford)