Warm up for summer with these critics’ 9 picks 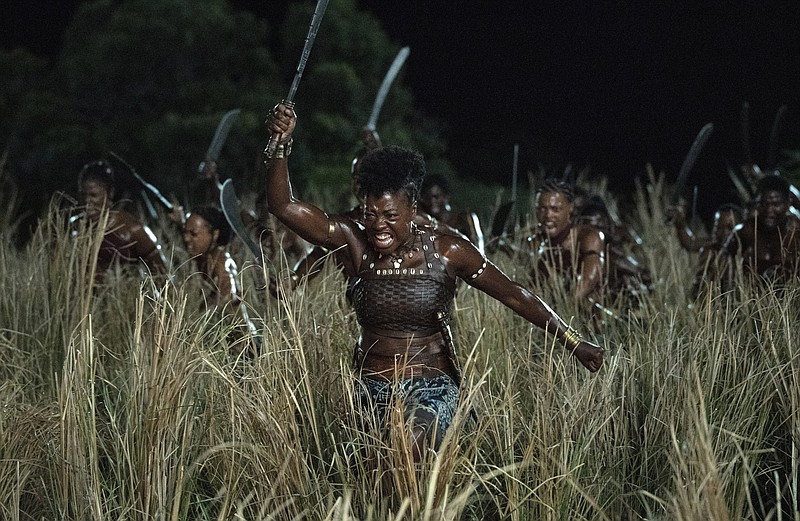 With a few exceptions, summer has historically been taken for granted as a pop culture dead zone. The TV season would generally churn to life in September as the weather cooled and continue through May, when many shows aired their highly anticipated season finales. When school was out for the summer, so was TV.

But in recent decades, the advent (and domination) of streaming has shaken up the traditional mold, helped along by a pandemic that delayed production schedules and exacerbated viewers' binge-watching habits. And of course, there's the perennial tradition of summer blockbusters that draw kids to air-conditioned movie theaters on blistering summer days.

Ahead of an offseason of great film, TV, music and more, we asked some members of The Washington Post's pop culture team to tell us what's on their radar.

Comedian Jerrod Carmichael is known to push boundaries, often captured by his HBO comedy specials. In his latest, "Rothaniel," he challenges himself: He comes out as gay while onstage and spends a notable portion of the program in conversation with the audience, grappling with his decision to share a long-held secret. Directed by Bo Burnham, "Rothaniel" allows Carmichael the space to be candid, vulnerable and, yes, funny. It's a masterful balance of tones, and a marvel of a comedy special. (Streaming on HBO) — Sonia Rao

This Rose Byrne vehicle — about a woman on the verge of divorce who finds a new passion in teaching and selling aerobics, a new exercise craze in the show's early 1980s, proto-hypercapitalist setting — was one of my favorite shows of 2021. I'm greatly looking forward to Byrne's maniacal Sheila taking her business to the next level in the dark comedy's second season, squaring off against vengeful former collaborator Bunny (Della Saba) and reigning aerobics king Vinnie (Murray Bartlett). (Streaming Friday on Apple TV Plus) — Inkoo Kang

Pulitzer Prize-winning playwright Katori Hall created one of the best dramas of 2020: a practical look at the lives of dancers at a Black women-dominated, queer-owned strip club in Mississippi. Season 2 finds the dancers rebuilding their club after covid destroyed many of the small businesses in the region — exactly the kind of socially attuned story Hall has made come alive through this dazzling Starz show. (Premiers Friday on Starz) — Inkoo Kang

"It's not really the Brown girls from Jersey City who save the world," says high-schooler and Avengers superfan Kamala Khan in the YA series' trailer. Except in the Disney Plus series, it is. The teen superhero origin story looks charming and fresh, with a promising newcomer in star Iman Vellani. (Streaming Wednesday on Disney Plus) — Inkoo Kang

The country music trio is back on the road after the pandemic torpedoed their 2020 plans, and now have their first new album in 14 years — the fiery "Gaslighter," inspired by lead singer Natalie Maines' divorce — to add to the set list. Maines, Emily Strayer and Martie Maguire got the cold shoulder from Nashville, Tenn., two decades ago when they famously dared to be women who had political opinions, but their loyal fan base has never stopped showing up to their rollicking concerts. (June 14 - Aug. 13 in select cities) — Emily Yahr

Nothing can top Penny Marshall's 1992 movie about women playing baseball in the '40s — Tom Hanks as a lovable degenerate? Geena Davis as the ultimate rebel? Lori Petty as an old-school feminist? — but my curiosity is piqued by this series starring Abbi Jacobson, D'Arcy Carden and Nick Offerman. Batter up ... hear that call ... (Streaming this summer on Amazon Prime) — Caitlin Moore

I am actually obsessed with Viola Davis' upcoming passion project, "The Woman King." The movie starring Davis and directed by Gina Prince-Bythewood ("The Old Guard," "Love & Basketball") tells the story of the actual Kingdom of Dahomey, a powerful African civilization. Davis plays a military general leading an all-women regime. I am so pumped. (In theaters Sept. 16) — Helena Andrews-Dyer

This summer, I'm going to reread Octavia Butler's time-bending novel "Kindred," which after years and years of adaptation rumors is finally coming to the small screen this year. In January, FX announced that it ordered eight episodes from writer and showrunner Branden Jacobs-Jenkins ("Watchmen"). The pilot was directed by Janicza Bravo ("Zola"). (Premieres later this year on FX) — Helena Andrews-Dyer