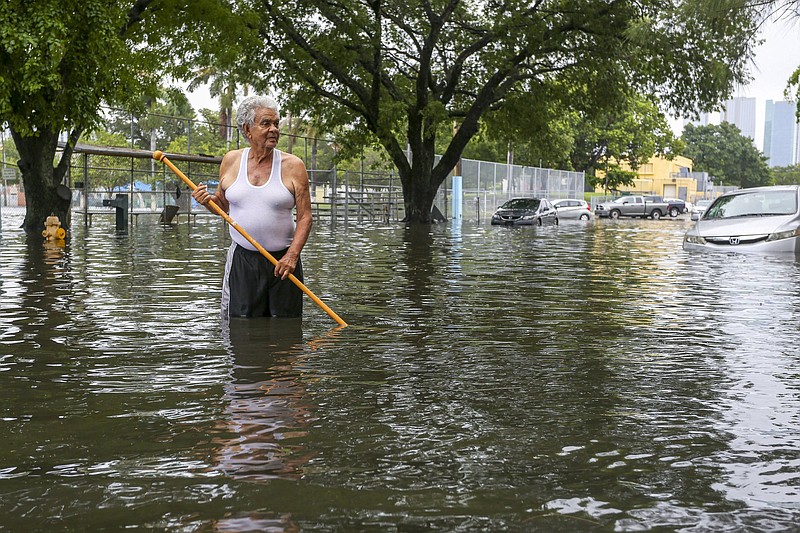 Mario Leiva, 75, uses a stick in an attempt to unblock the sewer drainage on a street in Miami’s Little Havana on Saturday. (AP/Miami Herald/Sam Navarro)

Parts of South Florida were experiencing road flooding from heavy rain and wind Saturday as a storm system that battered Mexico moved across the state.

Officials in Miami warned drivers about road conditions as many cars were stuck on flooded streets.

"This is a dangerous and life-threatening situation. Traveling during these conditions is not recommended. It's better to wait. Turn around, don't drown," the city of Miami tweeted.

The city was towing stranded vehicles from flooded roadways.

Miami Beach Mayor Dan Gelber said the storm tested the system of drainage pumps the city has recently installed as climate change has increasingly made flooding an issue in the low-lying area.

"We moved the water off pretty quickly, but in some areas, obviously, it was really challenging," Gelber said. "There were some problems getting through on some streets, one of the main arteries was unpassable, but by and large water is dissipating."

The National Hurricane Center in Miami said the storm once known as Agatha in the Pacific Ocean will be known as Alex in the Atlantic Ocean basin if it reaches tropical storm status.

At 2 p.m., the storm was centered about 15 miles south-southwest of Fort Pierce, Fla., and it was moving northeast at 18 mph. A tropical storm warning was in effect along the state's east coast south of the Volusia-Brevard County line to Jupiter Inlet and the northwestern Bahamas. A tropical storm watch was in effect for Bermuda. Maximum sustained winds were clocked near 40 mph with higher gusts.

The storm was expected to reach tropical storm strength off Florida's eastern coast by Saturday night and was expected to strengthen through Monday as it moved away from Florida and into the Atlantic Ocean.

In Cuba, the storm killed three people, damaged dozens of homes in Havana and cut off electricity in some areas, according to authorities. Heavy rainfall continued Saturday, but was diminishing as the weather system moved away from the island.

Miami-Dade County Mayor Daniella Levine Cava said most government services, such as bus routes and trains, planned to operate as normal over the weekend. Canal levels in South Florida have been lowered to minimize flooding from heavy rains.

The National Hurricane Center predicted that rainfall up to 10 inches was possible in South Florida, including the Florida Keys. The storm was not expected to produce huge winds or major storm surge, but local flooding was likely. 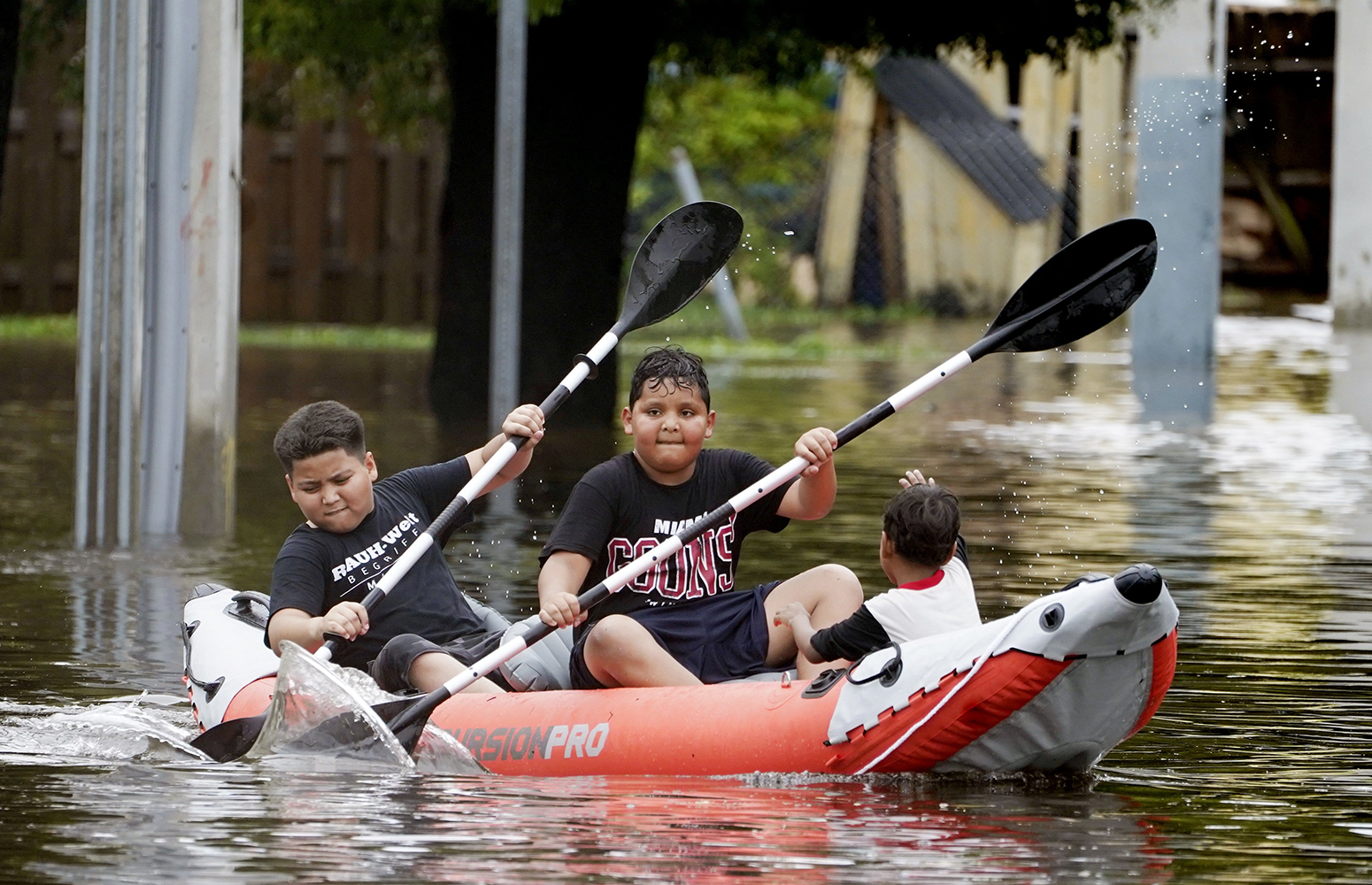 Young paddlers guide an inflatable kayak down a flooded Miami street Saturday as a tropical storm system moves across Florida. City officials warned motorists of dangerous conditions as workers towed stranded vehicles out of flooded areas. The system was expected to strengthen overnight as it headed for the Bahamas. (AP/Marta Lavandier)