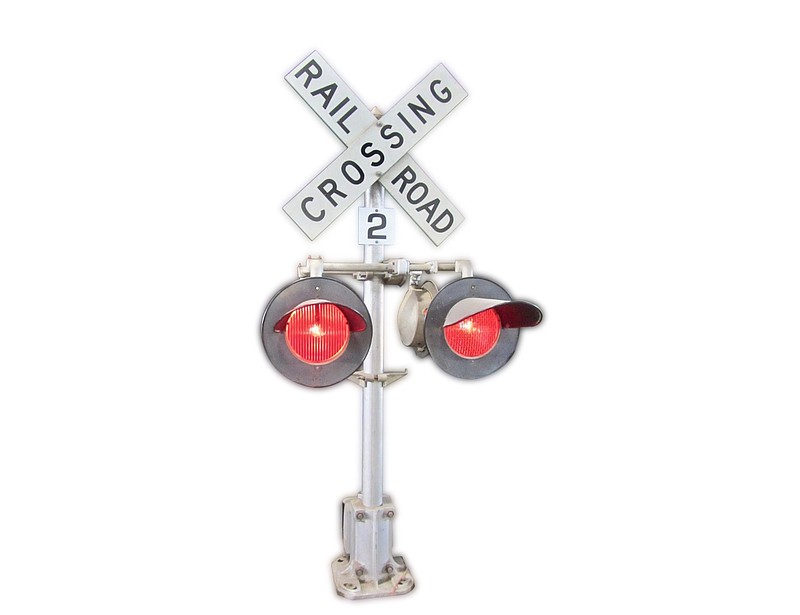 A lighted crossing sign is among the museum’s many railroading artifacts. (Special to the Democrat-Gazette/Jack Schnedler)

PINE BLUFF — It may have escaped general notice amid the daily blizzard of news. But courtesy of the General Assembly, there is now an Official Steam Locomotive of the State of Arkansas. That honorific bill passed both chambers early last year.

Visitors can admire this all-star puff-a-belly at the Arkansas Railroad Museum, which occupies a cavernous building in Pine Bluff. The pride of the museum's trove from the Golden Age of Railroads, Engine 819 entered service in 1943 as the last steam locomotive built in the shops of the former St. Louis Southwestern Railway — aka the Cotton Belt.

The nonprofit museum's volunteers, some of them retired railroad workers, are happy to explain the history and functions of the engines, cars, equipment and other memorabilia on display in profusion. The exhibits in the former Cotton Belt facility evoke a time when many towns in Arkansas and across the nation had one or more bustling passenger stations with frequent service.

In 2022, when only one Amtrak train passes through Arkansas daily in each direction with just six stops, a rail museum can stir wistful memories for visitors old enough to remember frequent passenger service. Younger guests get glimpses of an era when a fast train was often the speediest way to get around.

Engine 819 weighs 358 tons counting its tender. It has a storied and checkered history. After chugging 804,000 miles on the job, it was retired in 1953, superseded by more modern diesel locomotives. Cotton Belt presented the engine to the city of Pine Bluff in 1955. Local schoolkids contributed pennies that helped pay for a shed to shelter the behemoth in a public park.

Sadly, years of neglect followed. The Pine Bluff Commercial printed this note in 1959: "A Commercial newsman's inspection this week of the Cotton Belt locomotive revealed the old steam engine has been neglected by the the city. Not only has the engine been allowed to deteriorate through rust, weather effects and acts of vandalism, but the ground has been allowed to grow up so that visitors must trudge through weeds to get an up-close look."

Then former Miss Arkansas Sally Miller Perdue led a campaign that got Engine 819 moved back to the machine shop in 1983 for restoration by volunteers. After three years of hard work, the locomotive could move again under its own power in 1986.

Over the next seven years, Engine 819 ran excursions to delight train buffs, the last one a round trip in 1993 to Tyler, Texas. Later taken to the museum location and partly disassembled for federal inspection and overhaul, it stands immobile after funds raised for needed restoration work ran out. It is highly unlikely to run again. But it remains an awesome sight, also honored on the National Register of Historic Places. 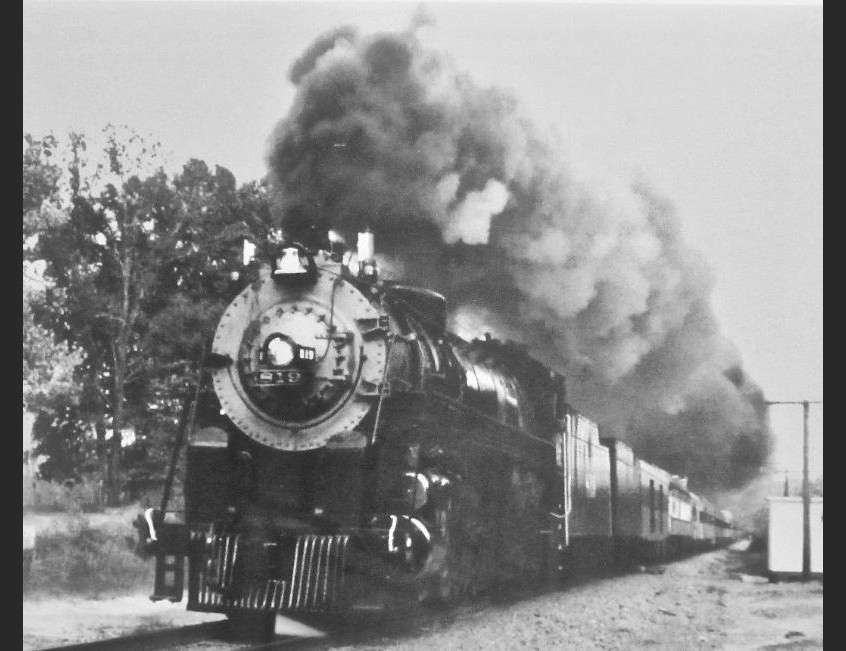 Engine 819 is pictured on one of its excursion runs between 1986 and 1993. (Special to the Democrat-Gazette/Jack Schnedler)  Parked behind Engine 819 is Engine 336, another National Register locomotive. Less imposing than its larger companion, Engine 336 is a centenarian built in 1909. Also to be seen are several diesel engines, a full steam wrecker train, a snowplow, three cabooses, a passenger car, a guard car, a mail cart and assorted other rail conveyances.

There are plentiful displays of railroad memorabilia, including dining-car menus that serve as a reminder of how little a meal cost in the heyday of passenger trains. A cup of coffee really did go for a dime in the 1940s. And if you'd like to be the first person on your block with a Cotton Belt T-shirt or coffee mug, the gift shop will oblige.

Print Headline: All aboard!