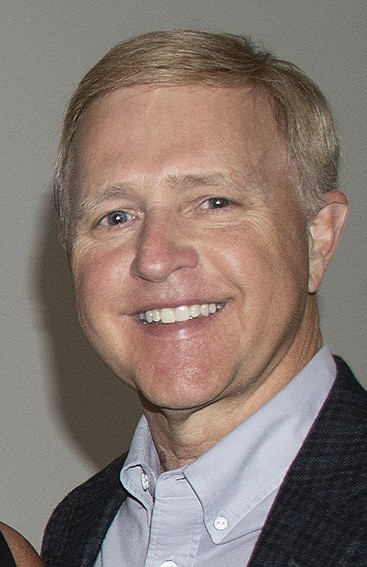 The family of a Little Rock man who worked in the Clinton White House has filed a lawsuit in Perry County Circuit Court asking a judge to prohibit the sheriff's office and coroner from disclosing photographs, videos, sketches or other "illustrative content" from the scene of his death.

Since his death, family members have been "harassed by outlandish, hurtful, unsupported, and offensive online articles regarding Mr. Middleton, his death, and his family," according to the petition.

"The same individuals who created the online articles will attempt to obtain details of the [sheriff's office] File, including the Media Content contained within the File, from Defendants," they wrote. "This information will then almost certainly be published online. Plaintiffs, and other family members of Mr. Middleton, will suffer irreparable harm if such materials are disclosed.

"The Middletons understand that any request for information in the File would likely come to one of the Defendants, who have an obligation under the [Freedom of Information Act], Arkansas Code Annotated § 25-19-105(a), to disclose certain information. This lawsuit seeks a declaration that any Media Content depicting Mr. Middleton's body or scene of Mr. Middleton's death should not be disclosed under the FOIA."

The family is requesting a declaratory judgement, saying their privacy interest "outweighs the public's interest, or lack thereof, in disclosure." They also want an order enjoining Sheriff Scott Montgomery, Coroner Bill Greene and employees of Perry County from disclosing the images.

A hearing on the issue has been scheduled for Tuesday at the Pulaski County Courthouse in Little Rock.

Mark Middleton, a lawyer, was an aide to President Bill Clinton and Chief of Staff Thomas F. "Mack" McLarty, according to Congressional hearing documents.

More recently, Middleton was president of MidCorp Capital and managing director of Middleton Heat and Air.

Conspiracy theories have often swirled after the deaths of people associated with Bill and Hillary Clinton.

"The Middletons should not have to suffer any further harassment, and they certainly should not be forced to confront suicide photos published by internet conspiracy theorists," according to a separate motion filed by the plaintiffs seeking a temporary restraining order and preliminary injunction.

"Arkansas courts have balanced individuals' constitutional privacy rights against the public's right to see governmental records under the Freedom of Information Act," said Robert Steinbuch, a professor at the W.H. Bowen School of Law at the University of Arkansas at Little Rock. "There is some concern for both privacy and transparency in this matter. So, it's hard to say which way the court will ultimately rule in applying the balancing test that considers both factors."

Sheriff Montgomery was out of the office on Tuesday, and the coroner didn't return a telephone message left at his office.