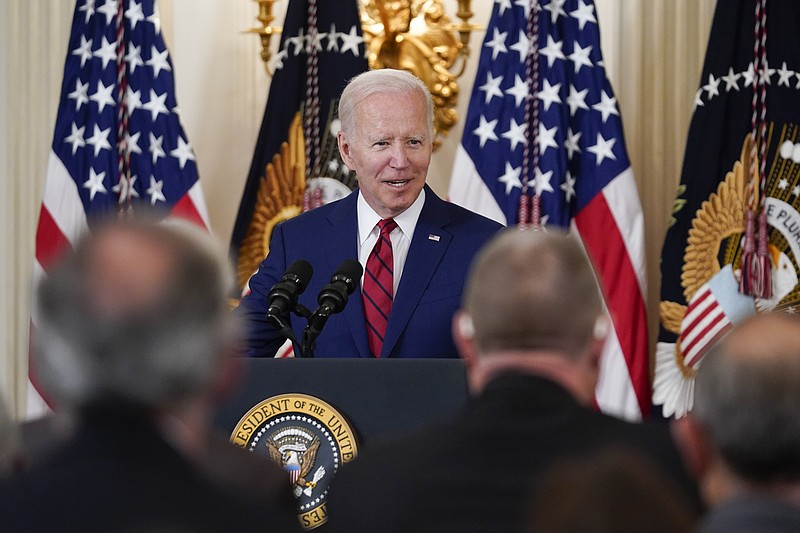 President Joe Biden speaks before signing into law nine bipartisan bills that will honor and improve care for America's veterans during an event in the State Dining room of the White House in Washington, Tuesday, June 7, 2022. (AP Photo/Susan Walsh)

Biden also invoked the Defense Production Act on Monday as the White House moved to jumpstart solar installations that have been slowed or abandoned amid a Commerce Department inquiry into possible trade violations involving Chinese products.

The White House said Biden's actions would help an industry crucial to his climate change-fighting goals while not interfering with or shutting down the Commerce investigation.

But some domestic producers, including a California company that filed a complaint with Commerce about unfair competition from Chinese imports, said Biden's actions would help China's state-subsidized solar companies at the expense of U.S. manufacturers.

"By taking this unprecedented -- and potentially illegal -- action, (Biden) has opened the door wide for Chinese-funded special interests to defeat the fair application of U.S. trade law," Rashid said in a statement.

Auxin was not consulted before the White House announcement, Rashid said, nor did the White House contact other U.S. producers. Auxin is currently "evaluating all of our legal options," he said.

Timothy Brightbill, a lawyer who represents domestic solar manufacturers, said Tuesday that Biden was using the pretext of declaring a national emergency to negate an ongoing trade investigation.

"That is unprecedented, it is bad law and it is extremely bad, short-sighted policy because it only makes us more dependent on Chinese-owned solar companies," Brightbill said. The U.S. industry contends that China has essentially moved operations to four Southeast Asian countries -- Thailand, Vietnam, Malaysia and Cambodia -- to skirt strict anti-dumping rules that limit imports from China.

"The White House's failure to consult with any American solar manufacturing companies before taking this unprecedented action is telling and an embarrassment," Brightbill said.

White House press secretary Karine Jean-Pierre told reporters that Biden was responding to a legitimate emergency, "in this case the threat to the availability of sufficient electricity-generation capacity to meet expected customer demand."

Biden's actions "will help ensure that we have the solar capacity additions necessary to meet our electricity and generation needs," she said, calling the actions "particularly urgent given the impact of Russia's invasion in Ukraine on the global energy supply," as well as the intensifying impacts of climate change.

U.S. solar installers and environmental groups cheered Biden's action, saying it would restore certainty and stimulate solar installations that have ground to a halt amid the Commerce inquiry, which includes potentially steep penalties that could be imposed retroactively.

Clean energy leaders have warned that the investigation -- which could result in retroactive tariffs of up to 240% --imperiled up to 80% of planned solar projects around the country.

Commerce Secretary Gina Raimondo said Biden's action "ensures America's families have access to reliable and clean electricity while also ensuring we have the ability to hold our trading partners accountable to their commitments."

While Democrats mostly cheered the announcement, many Republicans slammed it as a gift to China.

Biden's announcement "amounts to a two-year amnesty for the Chinese Communist Party for any violations of our trade laws relating to solar panel imports. This action will help China and harm American solar panel manufacturers and American workers," said Rep. Cathy McMorris Rodgers of Washington state, the top Republican on the House Energy and Commerce Committee.

"Despite the U.S. leading the world in solar innovation, today 80% of the world's solar panels are made in China -- that has to change," said Sen. Sherrod Brown, D-Ohio, whose state is home to the largest U.S. solar-panel manufacturer.

"We have not invested in building up American capacity the way we should, and we have not addressed China's repeated cheating," Brown said in a statement. "On all these decisions, American solar manufacturers and their workers must be at the table."

Sen. Jacky Rosen, D-Nevada, who has pushed Commerce to conclude its investigation, called Biden's announcement a positive step that will save American solar jobs, including thousands in her state.

"The risk of additional tariffs on imported solar panels would have been devastating for American solar projects," she said. 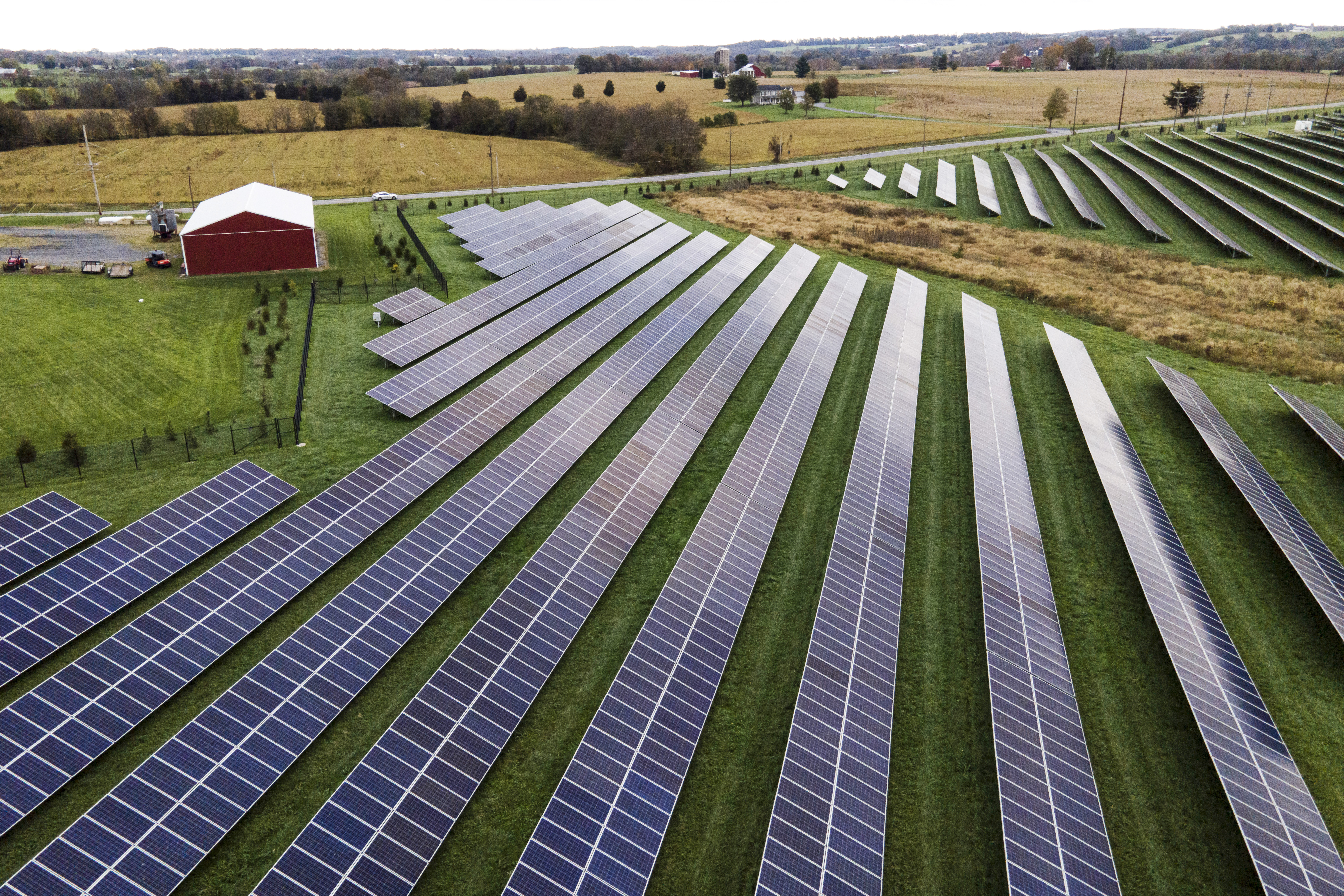 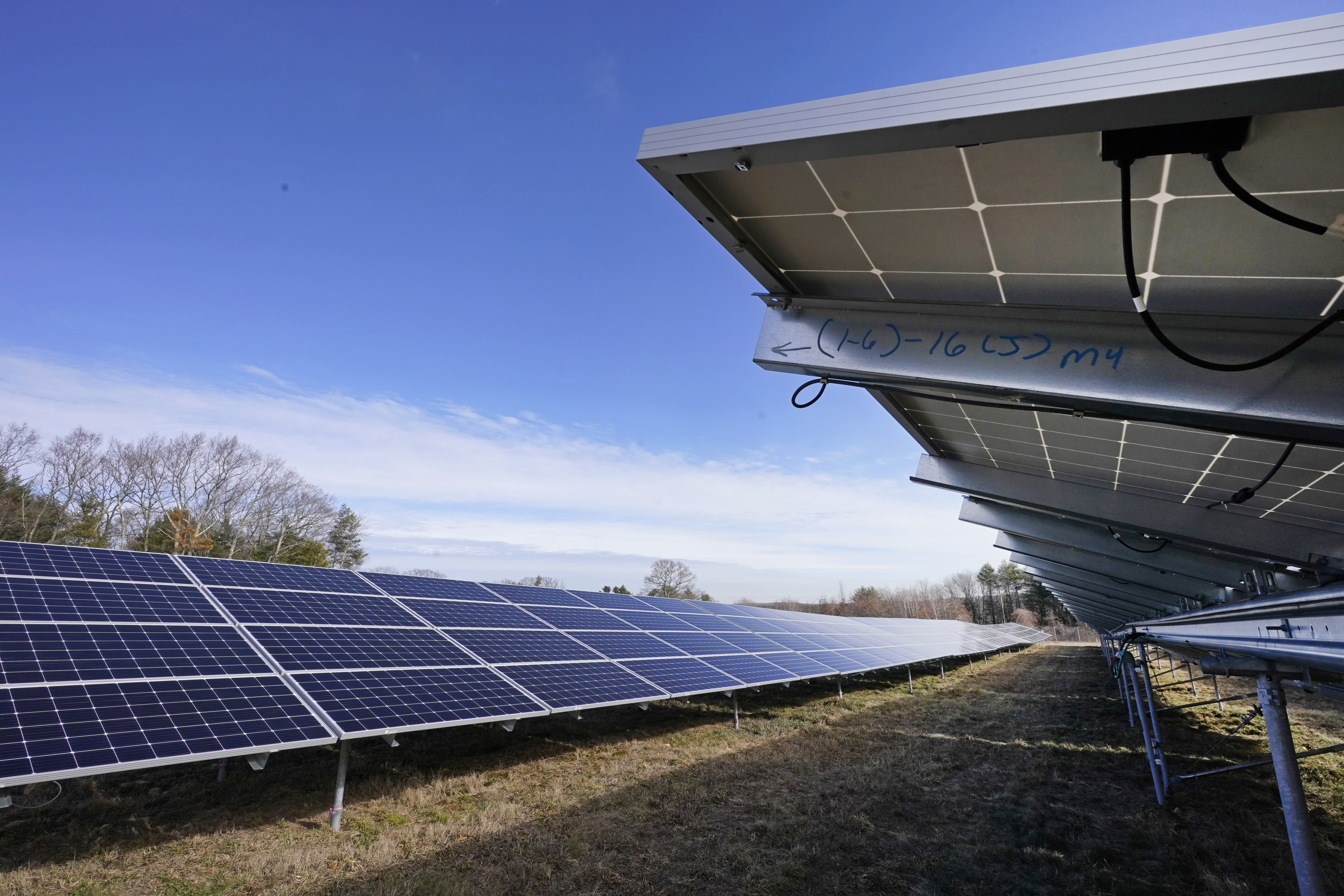 FILE - Solar panels face the sky on Jan. 26, 2021, in Burrillville, R.I., at ISM Solar's 10-acre solar farm which is the first of its kind in the state. President Joe Biden plans to invoke the Defense Production Act to increase U.S. manufacturing of solar panels while declaring a two-year tariff exemption on panels from Southeast Asia. (AP Photo/Elise Amendola, File) 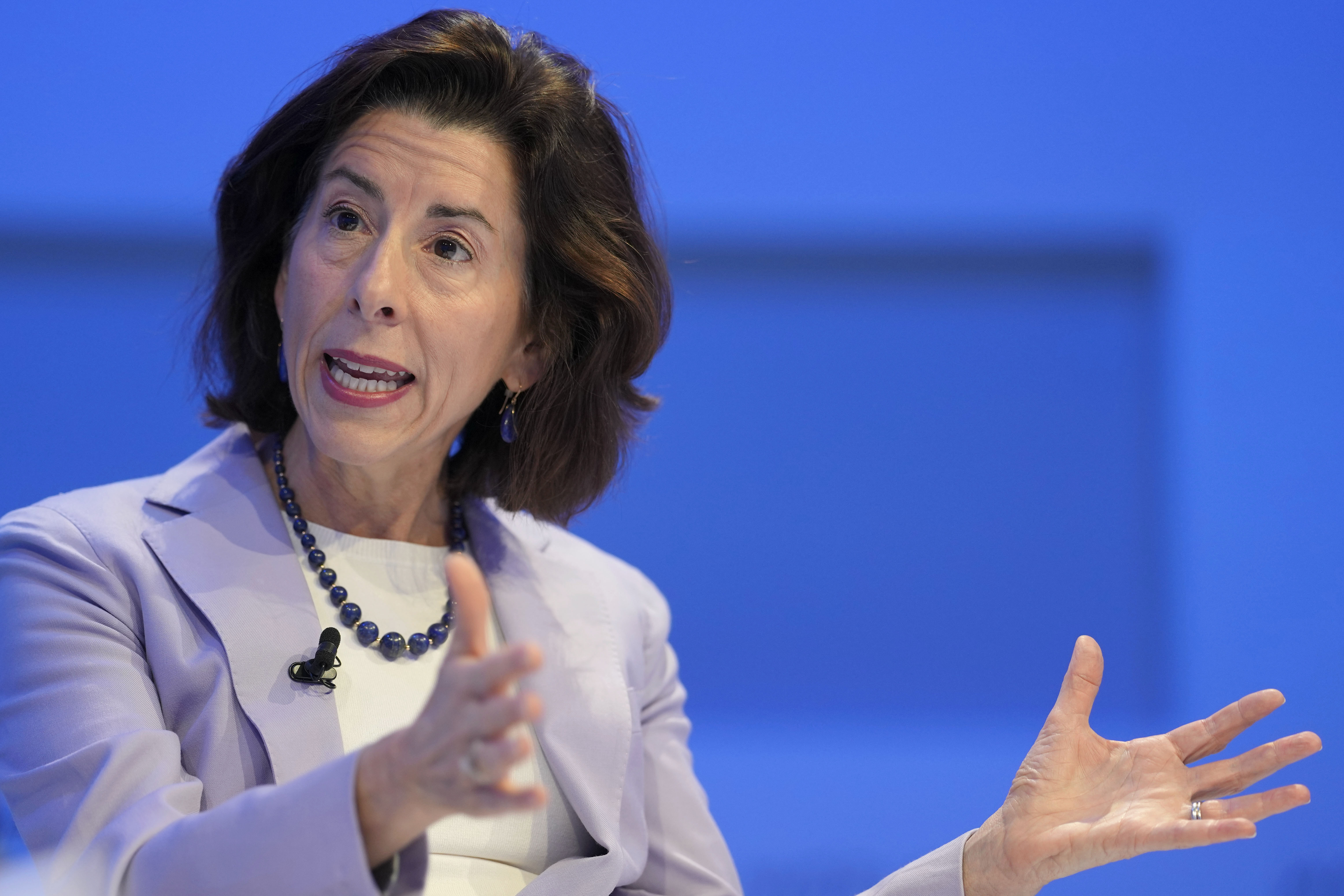