I-30 reopens at site of pileup that killed 3 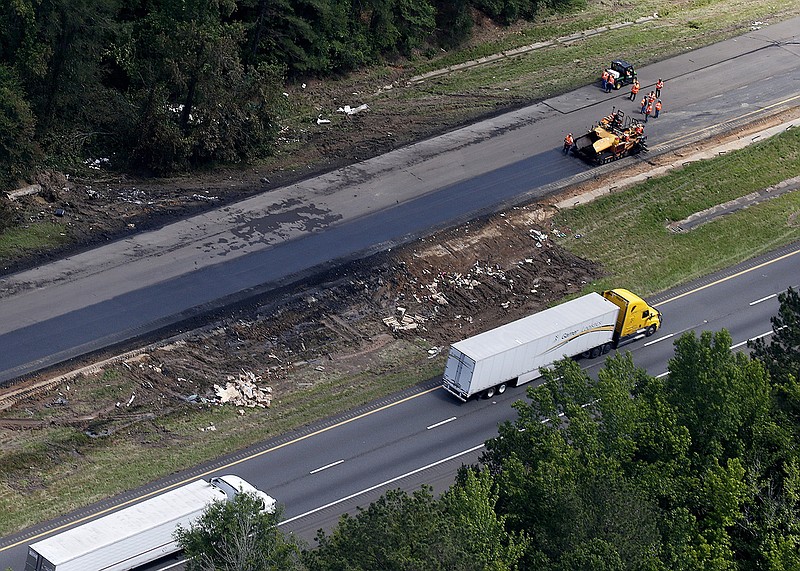 Work crews repair and repave a portion of a westbound lane of Interstate 30 near Caddo Valley on Thursday as the highway remained closed after until early afternoon because of a multivehicle wreck on Wednesday. More photos at www.arkansasonline.com/610backup/. (Arkansas Democrat-Gazette/Thomas Metthe)

Both westbound lanes of Interstate 30 northeast of Caddo Valley were reopened by Thursday evening after a pileup involving a dozen or more vehicles killed three people Wednesday and closed the road for more than 24 hours, authorities said.

Damage caused to the road near mile marker 86 by the crash and the ensuing fire required Arkansas Department of Transportation workers to tear up about 350 feet of damaged road surface, lay new pavement in both lanes and then smooth that asphalt before one lane was reopened around 1:30 p.m. Thursday, agency spokesman Dave Parker said.

The second lane was opened by 6:20, according to a tweet from the agency.

The fire had at least partially melted the pavement, Parker said.

Parker couldn't say how long that sort of work might take under normal circumstances, but said that they made the repair a priority because of the importance of I-30.

"We needed to get that road open," Parker said.

Parker said he couldn't recall a crash this large or tragic in his years living in the state, and that he couldn't remember ever closing a highway for so long other than during inclement weather.

Arkansas State Police on Thursday identified one of the three people killed as George Thomas Adamson III, 65, of Hope, according to a preliminary fatality report.

Adamson was westbound on I-30 when he attempted to avoid another crash. His vehicle left the north side of the highway around the 85-mile marker and struck a tree, according to the report.

The body of another person was sent to the Arkansas Crime Laboratory for identification, state police spokesman Bill Sadler said, while investigators were still following up on leads to identify the third deceased motorist.

One person injured in the wreck was in critical condition Thursday, Sadler added, and investigators were still trying to verify the statuses of 10 people who were transported from the scene after the pileup.

"We anticipate a number of those 10 will by now have been released [from hospitals]," Sadler said.

Other ARDOT crews were at the scene Thursday afternoon assisting those in need, and most motorists not driving 18-wheelers were able to get off I-30, Parker said.

Shannon Newton, the president of the Arkansas Trucking Association, said in an email that truck drivers may have chosen to sleep in their vehicles instead of driving around the accident once the scene was safe in order to comply with federal regulations. According to her, professional drivers have to follow hours-of-service regulations that ensure they are well-rested before driving. Slow traffic could cause that time to run out, which Newton said could give drivers the options of parking where they are or operating illegally until they find safe parking.

"Unexpected congestion like the hours-long backup on I-30 this week affects all drivers, but while I may run out of gas or miss my meetings, truck drivers are legally required to stop operating after 14 hours on the clock to comply with federal rules," said Newton.

The pileup started as a two-vehicle crash about 30 miles south of Hot Springs, which the Transportation Department said was a minor wreck. Parker said it may have been weather-related, as rain had begun and lowered visibility.

The crash led to a chain reaction of at least a dozen vehicles colliding, including multiple 18-wheelers.

Karla Denton, a Bryant resident, recorded video of the wreck Wednesday around 12:30 p.m. as she was heading home from visiting family.

"I could see smoke in the air ahead but thought it was possibly a brush fire. Traffic was moving normally, but the roads were wet. Within a minute I could see what was clearly a horrible wreck with the trucks in front of the pile-up on fire. Traffic started to slow down as the fire grew larger," said Denton in a Facebook message.

According to her, she was able to feel the heat from the fire on the other side of the interstate and she heard explosions as she drove by.

"I saw how many vehicles were involved, the first responders and others who were trying to help, and it just broke my heart. I actually got emotional and got off at the next exit," Denton said. "I knew there would be casualties in what I saw. I posted the video on Facebook to let people be aware and to avoid that direction so first responders could get there faster and safer."

She said her father used to be a truck driver and she knew that this was a nightmare for the families of the drivers involved. 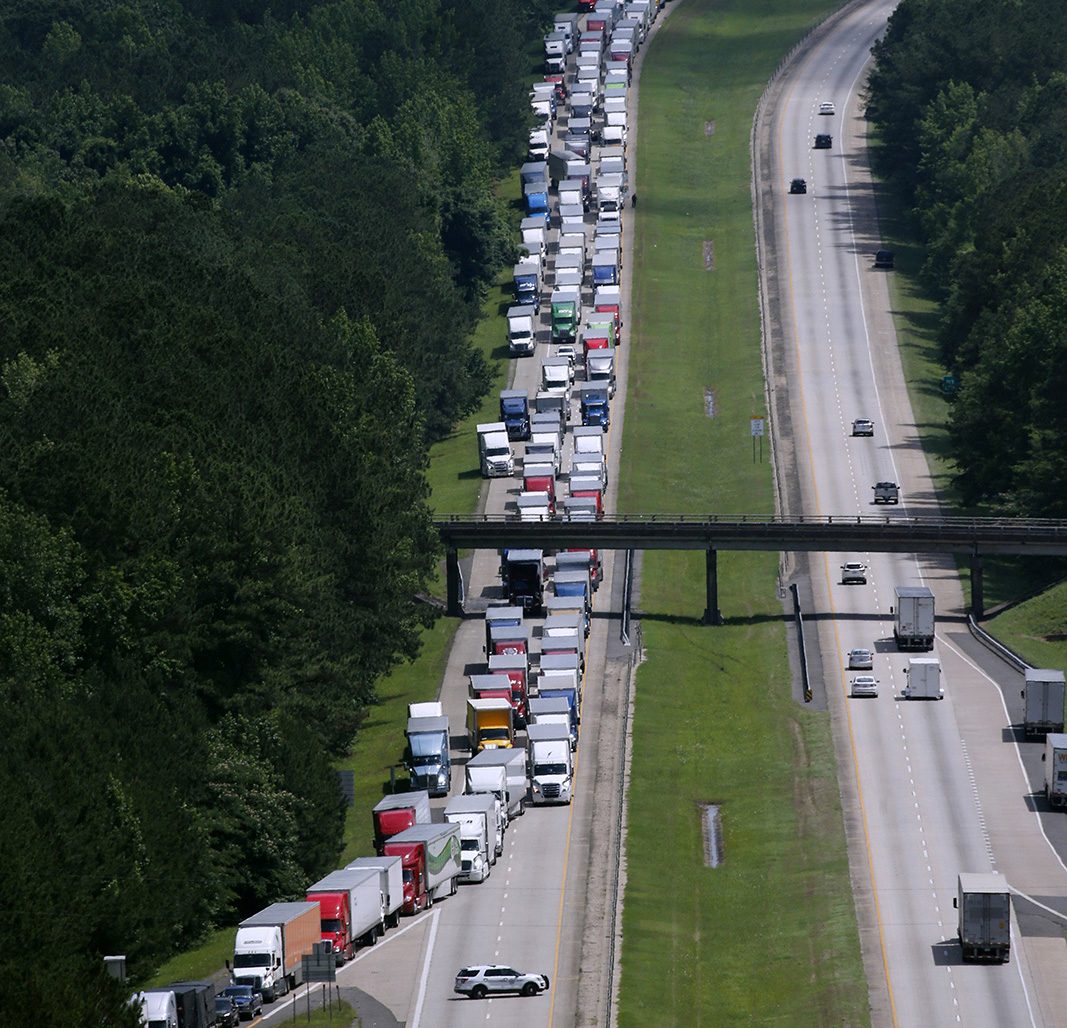 Cars and trucks are diverted from the clogged westbound lanes of Interstate 30 near Caddo Valley on Thursday after a multiple vehicle wreck Wednesday that left at least three people dead and caused the lanes to be closed for more than 24 hours. A fire that broke out during the crash partially melted pavement, requiring Arkansas Department of Transportation workers to replace about 350 feet of damaged road surface. More photos at arkansasonline.com/610backup/. (Arkansas Democrat-Gazette/Thomas Metthe) 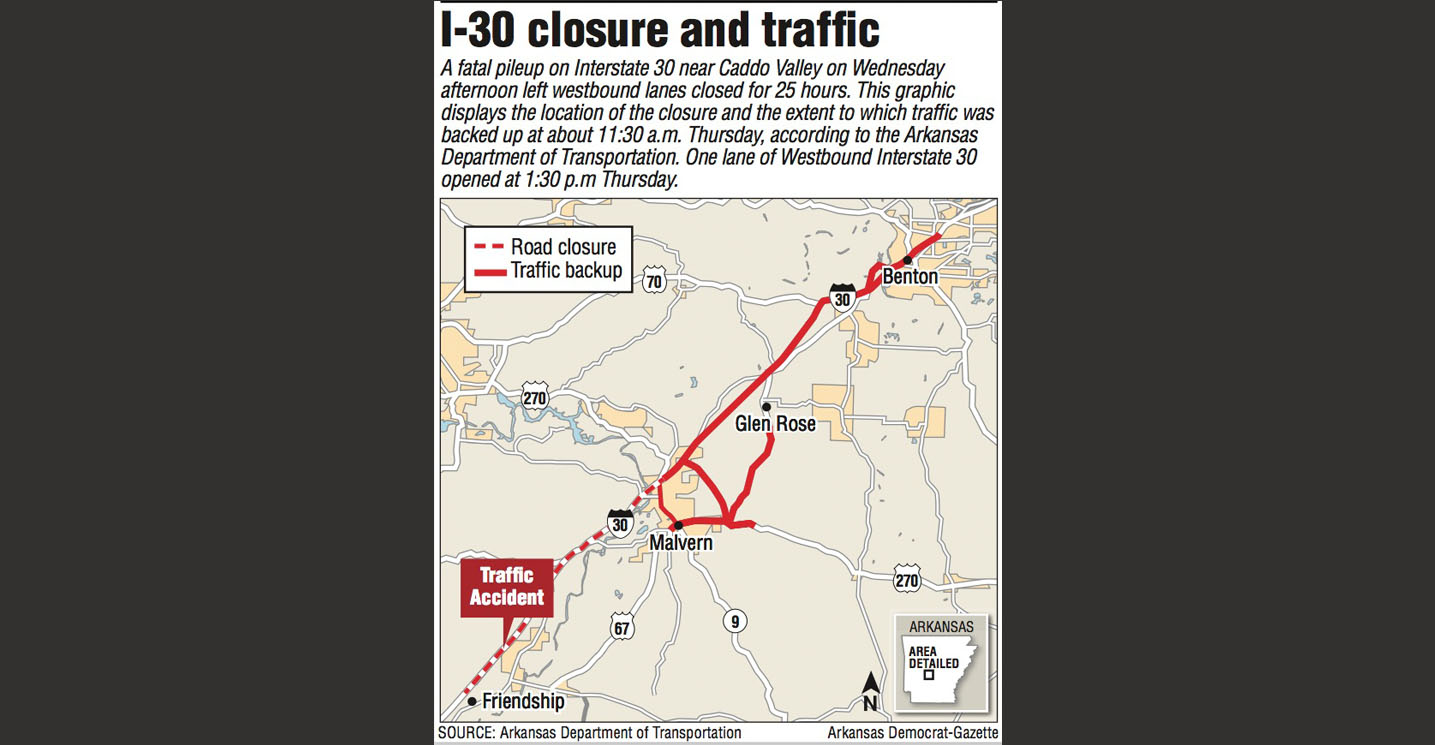 I-30 closure and traffic 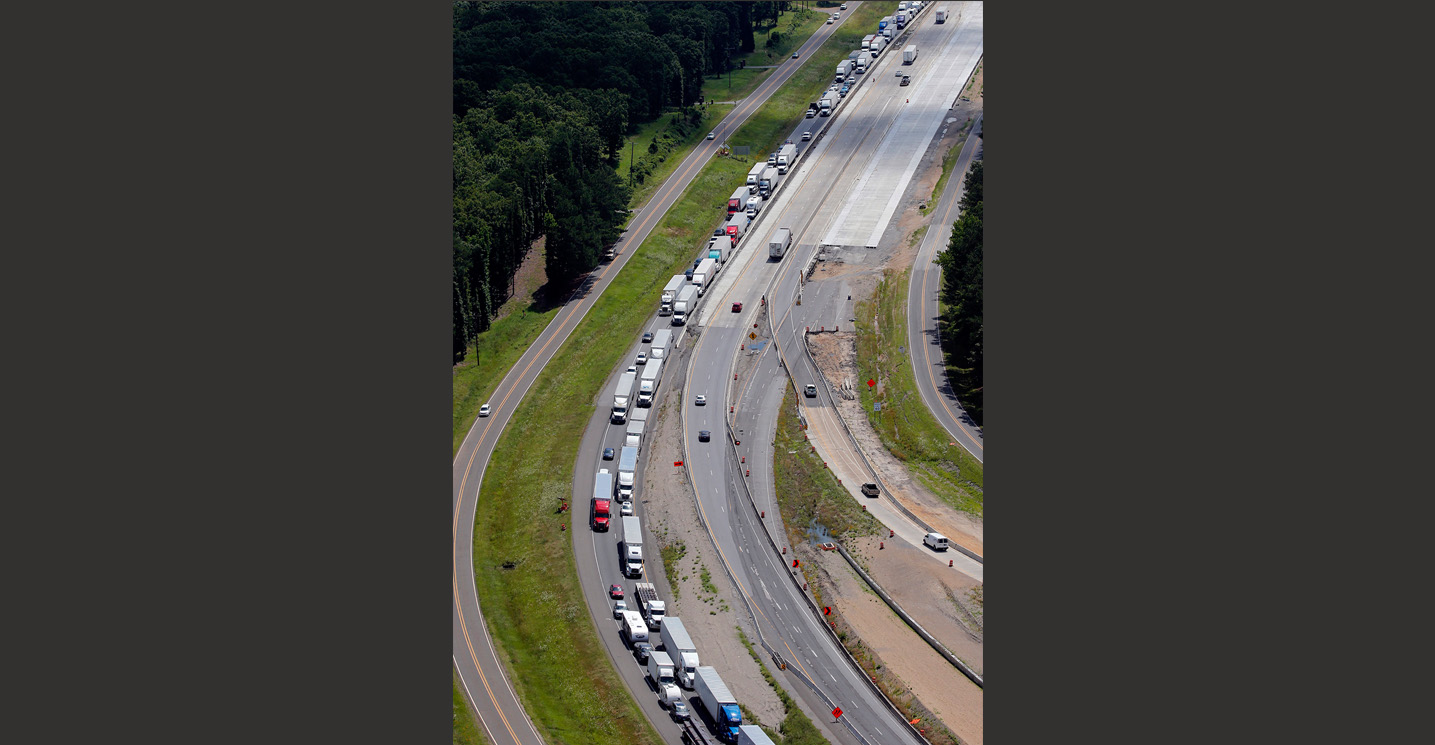 A mileslong traffic jam remains in the westbound lanes as vehicles are diverted off Interstate 30 near Malvern on Thursday. A portion of the highway was closed until early afternoon following a multi-vehicle wreck near Caddo Valley on Wednesday. (Arkansas Democrat-Gazette/Thomas Metthe)

Gallery: I-30 Backups After Major Wreck

Print Headline: I-30 reopens at site of crash where 3 killed