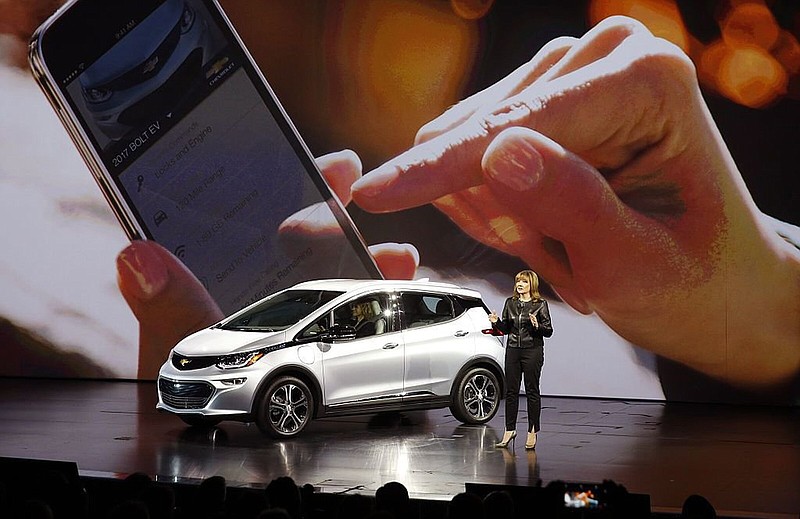 General Motors made a surprising move this month with the Chevrolet Bolt hatchback and its slightly bigger cousin, the Bolt EUV.

At a time of scant car supply, with dealers often charging thousands of dollars above sticker and consumers waiting weeks or months to take delivery, GM lowered the price of these electric models by about $6,000.

GM only just started building these vehicles again in April after stopping assembly for around nine months while it wrestled with a safety issue. The automaker recalled all of the roughly 142,000 Bolts ever sold over a rare tendency for their batteries to catch fire. Two months is hardly enough time to restock dealerships and get a good sense of demand.

It appears GM is trying to buy a bigger share of the EUV market while it ramps up production of newer, top-dollar models. It had to be painful for Chief Executive Officer Mary Barra to watch fierce rival Ford pass her company in U.S. electric-vehicle sales last year, with the Mustang Mach-E carrying Ford to a second-place finish behind Tesla.

The race for the silver medal will remain competitive, with Ford rolling out the F-150 Lightning pickup and GM countering with the GMC Hummer truck and Cadillac Lyriq SUV. Next year, GM will introduce electric versions of the Chevy Silverado pickup and Equinox and Blazer SUVs.

Counting on the Bolt hatchback and EUV for volume in the meantime will be tricky for GM with both being smaller vehicles in a nation of consumers who love their big pickups and SUVs. Both run on GM's older-generation batteries rather than its newer Ultium packs. To help with the reboot, Chevrolet kicked off an advertising blitz in April to jumpstart sales when production resumed.

Before the price cut, the Bolt EUV sold for $33,500. GM and Tesla both have used up the $7,500 federal tax credits their U.S. customers were eligible for, putting their electric models at a disadvantage. Kias are still eligible for this incentive, which brought the cost of the Korean brand's EV6 down to only about $1,000 more than the much-older Chevy. Hyundai's Ioniq 5 is similarly priced. The perk also puts Ford's $45,000 Mustang Mach-E within a few thousand dollars of the Bolt EUV.

The Bolts do offer competitive range, with the hatchback going 247 miles on a charge, and the EUV 259 miles. This compares with 232 miles for the Ioniq 5 and around 220 miles for the Kia EV6 and Mustang Mach-E.

Electric vehicles are now coming to market at a much faster clip. GM may have gotten out ahead of many automakers other than Tesla with the Bolt, but it didn't prove to be the antidote to the Model 3.

GM wants to stay in the EV race in the U.S. while scaling production of Ultium-based vehicles. To do so, the company had little choice but to bring Bolt prices down.