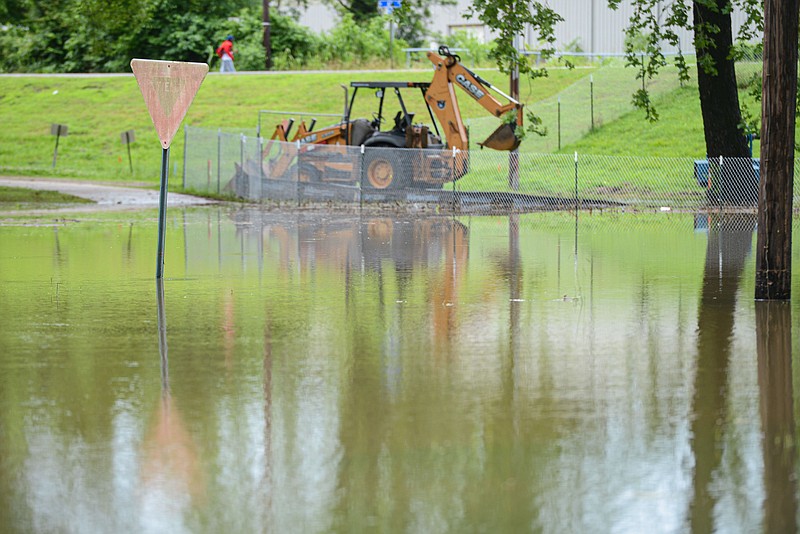 Travis Cooper, deputy director of Sebastian County Emergency Management, said the rain caused water from Vache Grasse Creek near Greenwood to overflow its banks Friday. This led to significant flooding in neighborhoods in the city, with up to about 60 homes being impacted. Assessments conducted throughout Friday captured about 30 homes that sustained "major damage," which Cooper defined as being caused by 18 or more inches of water in those homes.

Cooper said while large amounts of rain fell throughout the entire county early Friday morning, the creeks in the area of Greenwood Lake were already overwhelmed from the rain that took place earlier throughout the week. The county declared a disaster as a result of the flooding here and elsewhere.

Heavy rainfall in the Greenwood, Huntington, Milltown and Washburn communities significantly drained back toward the areas of U.S. 71 and Arkansas 252 as well. Multiple agencies were called to assist in evacuations and water rescues throughout the county Friday morning. No injuries or deaths were reported.

A flood warning from the National Weather Service in Tulsa on Friday afternoon stated between 3 and 5 inches of rain fell that morning in parts of west-central Arkansas and Oklahoma, with locally higher amounts of about 6 inches.

Greenwood put out a public service announcement on its website Friday afternoon urging all water users to use water sparingly while infrastructure damaged by the flooding is being repaired. Things such as the irrigation of lawns and shrubs, as well as washing pavement, are prohibited until repairs have been made.

Fort Smith and the Sebastian County Sheriff's Office also put out news releases Friday morning warning residents not to drive through certain roadways that were reportedly flooded in the city and county, respectively, at that point.