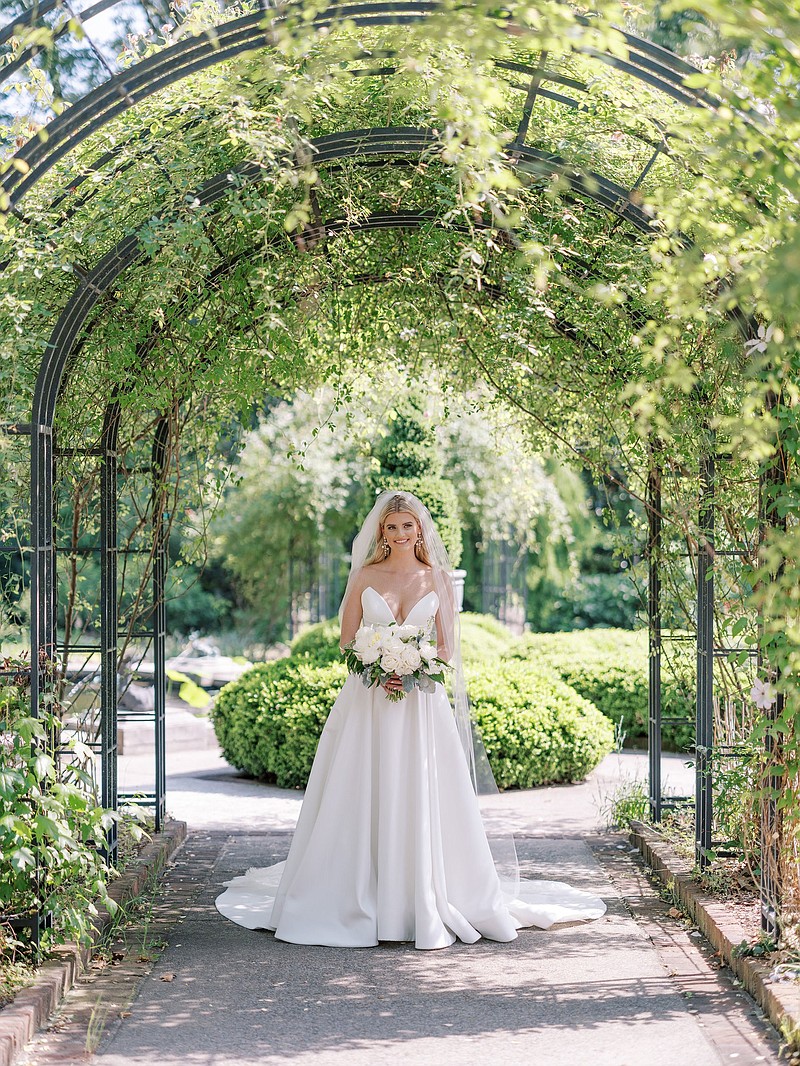 Mary and Patrick O'Brien of Little Rock are the parents of the groom. He is the grandson of the late Elizabeth and Kenneth O'Brien and the late Mary Louise and Alan Weston, all also of Little Rock.

The bride, escorted by her father, wore a strapless A-line satin gown with a chapel train. Her cathedral-length veil was embellished with lace. She carried a white bouquet of roses, peonies, ranunculus and hydrangeas.

Maid of honor was Mallory Swepston Caldwell of Little Rock, sister of the bride. Bridesmaids were Dr. Erin O'Brien of St. Louis, sister of the groom; Brianne Henson and Lannie Miller, both of Marion; Rachel Smith of Benton; Emma Shields of Fort Smith; Mallory Person and Dr. Emily Lorince, both of Fayetteville; and Dr. Laura Holder of Little Rock. They wore white satin dresses with halter-style bodices and open backs. They carried bouquets similar to the bride's.

Best man was Matthew Chaffin of Little Rock. Groomsmen were Alex Chaffin and Jackson Moore, both of Fayetteville; Brant Stout, Josh Cissell, Collins Hickman, George Friedmann and John Schulte, all of Little Rock; and Mason McNeill of Bentonville. Guests were seated by Worth Gibson, Bryce Wall and John Jayroe, all of Little Rock, and Blake Wiggins of Birmingham, Ala.

A reception was held at the Central Station in Memphis. Tables were centered with large arrangements of white wedding flowers. Music was by the Party Jammers.

The groom has a bachelor's degree in biomedical engineering from the University of Arkansas, Fayetteville, and a medical degree from UAMS. He is a resident physician in orthopedic surgery.

The couple will live in Little Rock and plan a delayed September honeymoon.