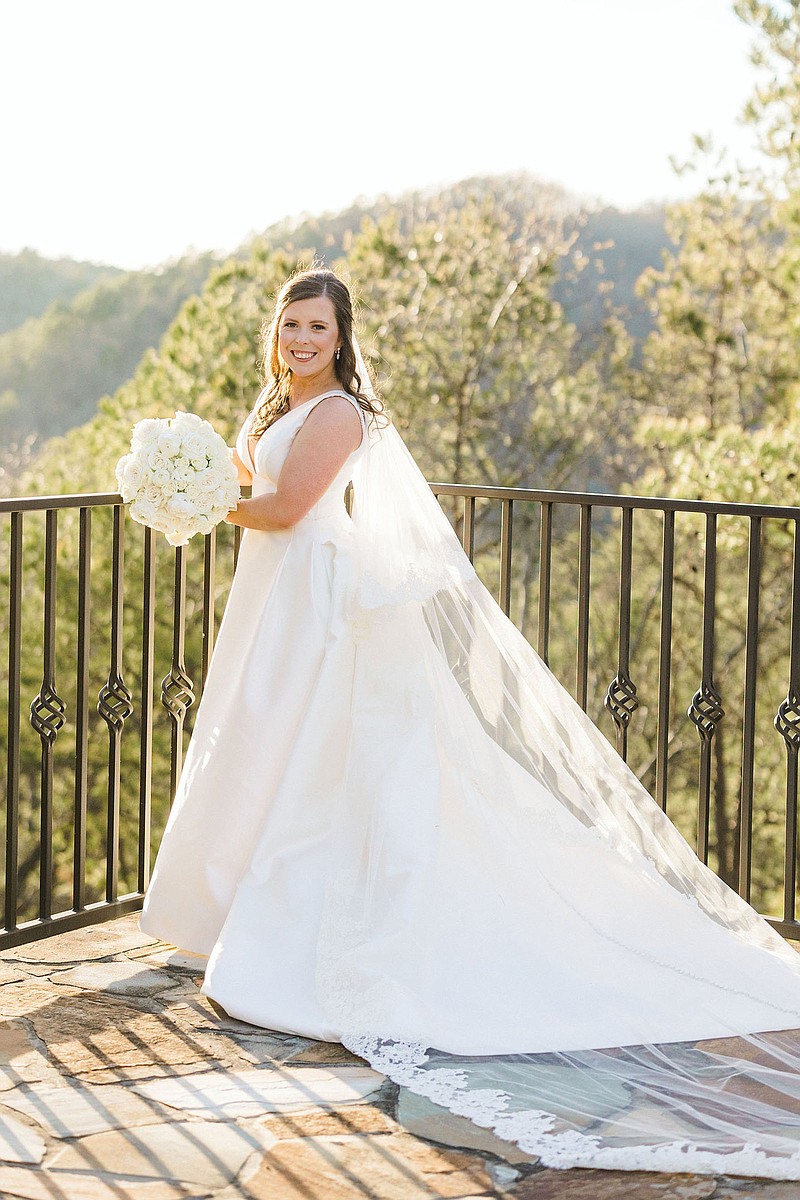 Parents of the bride are Nancy and Pete Price of Little Rock. She is the granddaughter of Wanda and Joe Price of Long Beach, Miss., and the late Carol and Ted W. Price of Lake Charles, La.

The groom is the son of Meredith Perkins Whitmore of Sherwood and the late Bill Whitmore. His grandparents are the late Mr. and Mrs. Clarence Perkins of Pine Bluff and the late Judge and Mrs. Perry Whitmore of North Little Rock.

The church altar held a large white and lavender arrangement of hydrangeas, roses, gladioli and delphinium. Music was by organist Robert Lindley.

The bride walked down the aisle with her father and wore a sleeveless ivory silk Mikado gown with a V-neckline and chapel-length train. She carried a bouquet of white hydrangeas, white peonies and white roses.

Lindsey Hastings of Nashville, Tenn., served as maid of honor. Bridesmaids were Allyse Whitmore of North Little Rock, sister of the groom; Mackenzie Bush of Little Rock; Michelle Dicks of Nashville; Bess Fisher, Lily Hurt and Mary Margaret Wamble, all of Oxford, Miss.; and Maddie Fletcher of Denver. They wore gowns of dusty lilac with sweetheart bodices and thin shoulder straps and carried a smaller version of the bridal bouquet.

Flower girl and ring bearer were Hannah Bourgeois of Youngsville, La., and Brayden Barrilleaux of Katy, Texas, both cousins of the bride.

Landon Gray of North Little Rock was best man. Groomsmen were Ned Garrett of New Orleans; Will Mason of Memphis; Nelson McCain of Little Rock; Russell Gordon of Denver; Boyce Holleman and Brian Scott Rippee, both of Dallas; and Sawyer Boone of North Little Rock. Guests were seated by Ryan Snow of Dallas, Matthew Himstedt of Fort Worth and Christian Neal of Savannah, Ga.

A reception was held at Chenal Country Club where a floral wall of white hydrangeas was centered with a lavender W monogram. Guest tables held large centerpieces and floral table runners of white and lavender hydrangeas, peonies, roses and tulips. Suspended over the dance floor was a massive hanging arrangement of smilax vine, lavender and white delphinium and roses. Music was by the Limelight Band from Dallas.

The bride has a bachelor's degree in elementary education and a masters degree in curriculum and instruction from the University of Mississippi. She is a kindergarten teacher at Plano Independent School District's Carlisle Elementary.

The groom has a bachelor's and masters degrees in accountancy from the University of Mississippi and is a tax analyst with Baker Tilly.

The couple will live in Dallas after a wedding trip to Maui and Honolulu, Hawaii.