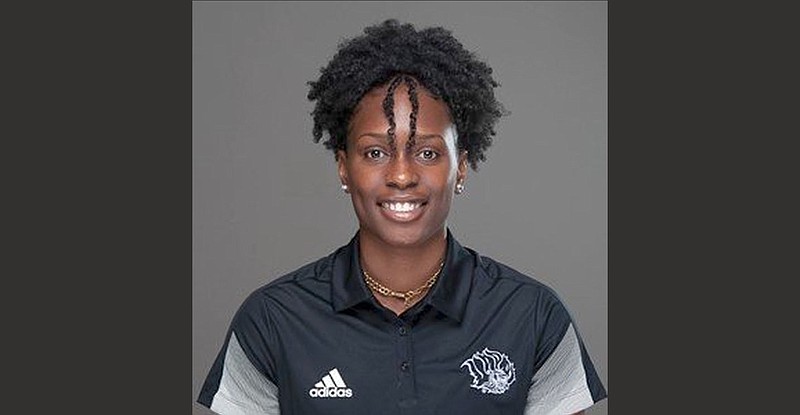 Safiya John had already made history as the first athlete from a historically Black college/university to compete in the NCAA heptathlon finals in Eugene, Ore.

John scored 5,626 points after earning top-eight finishes in four of the seven events. She set personal records in all four Friday events, running 13.60 seconds to secure eighth place in the 100-meter hurdles, clearing 1.75 meters (5 feet, 8¾ inches) in the high jump to take fifth place, firing a 12.22-meter (40 feet, 1¼ inches) throw in the shot put for eighth and running 25.15 seconds in the 200 meters for 12th.

"I didn't expect to PR in all four events today, which I am super thankful for," John said in a news release. "It's great competition and great energy in Eugene, which propelled me to do so well on day one."

John had scored 5,602 points in winning the Southwestern Athletic Conference heptathlon last month. That was enough to earn her an automatic berth in the national finals and allowed her to sit out the NCAA West Preliminary in Fayetteville due to a minor back issue.

She graduated from UAPB last month but has one year of collegiate eligibility remaining.