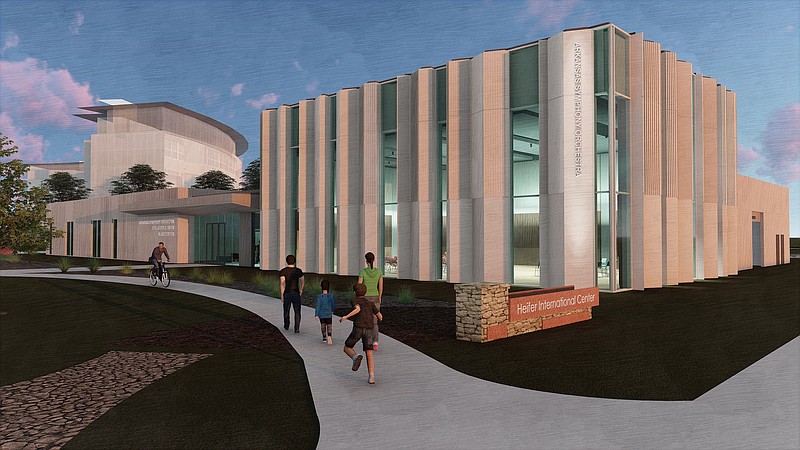 The Windgate Foundation has announced it will give the Arkansas Symphony Orchestra a $1.5 million, two-to-one challenge grant to help build its planned Stella Boyle Smith Music Center.

The grant will fill out the final $1.5 million toward an eventual goal of $4.5 million by April 2023 once the orchestra has raised the initial $3 million, an orchestra spokesman said.

With the $4.5 million in hand, the orchestra plans to break ground on the new community music center in Little Rock's East Village, between the Clinton Presidential Center and the headquarters of Heifer International.

Gifts and pledges from the Stella Boyle Smith Trust, the State of Arkansas and Simmons Bank have brought the campaign to within approximately 60% of the goal, or $2.7 million, according to a news release. The orchestra has so far raised $361,435.93 toward the matching grant.

The new 20,000-square-foot facility, plans for which the orchestra unveiled in January, “will greatly expand [the orchestra’s] capacity to serve Arkansas children through outstanding education programming and provide all residents with extensive musical offerings.” The center will include a grand hall for rehearsals and concerts, practice spaces, music classrooms, climate-controlled instrument storage and a dedicated streaming studio as well as office space.

More information is available at arkansassymphony.org/music-center.