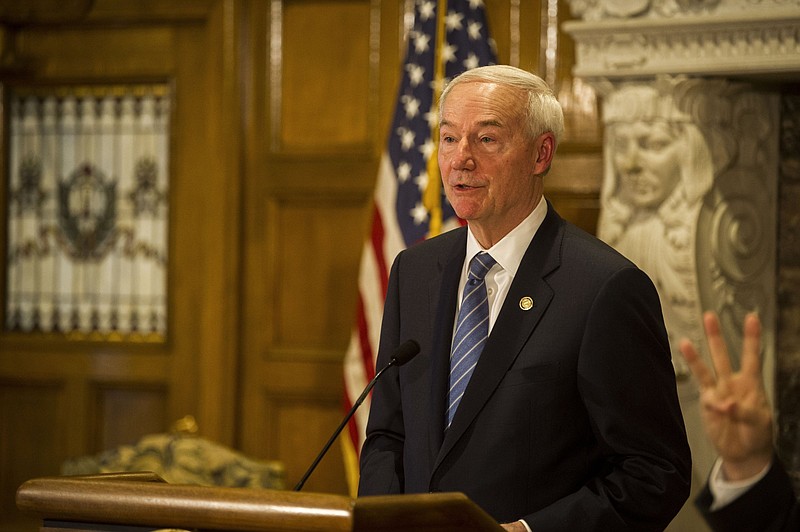 WASHINGTON -- Arkansas Gov. Asa Hutchinson signed a memorandum of understanding on Tuesday with the Israel Innovation Authority, a move aimed at fostering cooperation on research and technology innovation.

The signing comes more than six months after the Republican governor traveled overseas to Israel on an economic development trip.

"I'm thrilled with this opportunity for an exchange, for a partnership that's going to benefit both Israel and the United States. And of course, Arkansas has a good history [in] innovation," Hutchinson said at a Washington, D.C., hotel ahead of signing the memorandum.

Hutchinson traveled to the Washington area on Monday. The governor said he met with the German ambassador Tuesday about some "economic opportunities" that are important for Arkansas.

Before signing the memorandum of understanding, Hutchinson described Israel as a global leader in technology and development.

Arkansas brings to the table entrepreneurs, he said. The governor said the state has also been a leader in the future of mobility, referencing self-driving vehicles and drone delivery.

Through the memorandum, Hutchinson said the state wants to be able to exchange investment ideas and information on technology companies.

"It's going to make a big difference in the future of mobility and how quickly we can improve our supply chains," he said.

Trade between Arkansas and the Middle Eastern nation was valued last year at almost $104 million, according to a news release on the memorandum of understanding.

Israel and Arkansas "can better leverage resources to develop new technologies that can be commercialized in global markets" by working with each other, according to the release.

Dr. Ami Appelbaum, chairman of the board of the Israel Innovation Authority, attended the signing event and said the challenge now becomes executing the memorandum. He said they are committed to making that happen.

The Israel Innovation Authority is described on its website as an "independent publicly funded agency." The agency was established to "provide a variety of practical tools and funding platforms aimed at effectively addressing the dynamic and changing needs of the local and international innovation ecosystems," according to the website.

On hand for the signing of the memorandum was Arkansas Secretary of Commerce Mike Preston, who said the goal is to have Arkansas and the Israel Innovation Authority figure out how they can work together and advance technologies.

"It's inspiring that we were able to come together and make this [memorandum of understanding] happen. And as we've said now the hard work begins," Preston said.