Other Arkansan representatives opposed, say they worry about paying for it by Ryan Tarinelli | June 15, 2022 at 4:52 a.m. 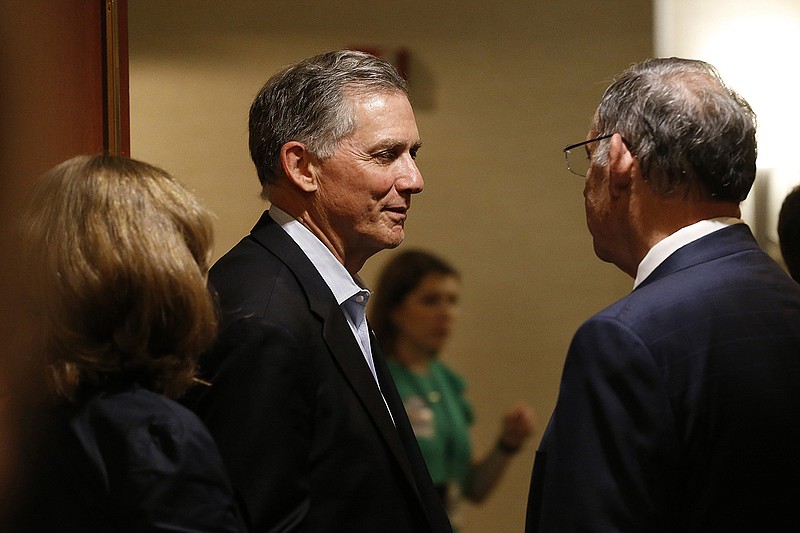 WASHINGTON -- U.S. Rep. French Hill voted Tuesday to pass a bill that would channel new funding toward wildlife conservation while the rest of the U.S. House delegation from Arkansas objected to the measure.

The legislation, which cleared the House in a 231-190 vote Tuesday, would funnel about $1.4 billion in additional funding nationwide on a yearly basis toward wildlife and habitat conservation programs, wildlife conservation education and efforts to help with the recovery of endangered species, among other uses.

The bill, called the Recovering America's Wildlife Act, must still pass the Senate.

Hill, who is a co-sponsor of the bill and one of 16 House Republicans to vote for the measure, said the legislation is a way for habitats to be enhanced and conserved with leadership from the states.

"The states are better at habitat management and restoration as opposed to it being only a federal priority. And I think then that will mean that you'll have more success in some of those targeted species and therefore you'll save in the long run billions of dollars [at] the federal level," said the Little Rock Republican.

U.S. Rep. Bruce Westerman voted against the bill and cited fiscal concerns in a floor speech on Tuesday, saying he was reluctantly opposed.

"At a time of rampant inflation, now is not the time to drive inflation higher with new spending, only to saddle current and future generations with the consequences," Westerman said on Monday.

The spending in the bill would only add to the debt, he said.

Westerman said the goal of legislation is commendable: empowering the states to manage fish and wildlife and improve their habitats to prevent future endangered species listings.

"[It is] an effort that most people I believe support," he said. "After all, states and tribes are generally more attuned to what's happening in their backyards than the federal government," he said.

Westerman said he and other Republicans attempted to resolve the fiscal issues with amendments.

Democrats, even though they disagreed with the amendments at the time, said they would work with Republicans to find offsets before the measure was considered on the floor, he said.

"But larger forces on the other side of the aisle decided it would be better to rush this bill," he said.

"I've thought through those and weighed those and support the bill as structured. All bills would be better off if they had a sunset provision," he said.

Austin Booth, director of the Arkansas Game and Fish Commission, in a statement Tuesday, described the measure as a "once in a generation opportunity to increase funding for all species, game and nongame alike."

"It is our duty to our children to leave our wild places better than we find them, so that they can one day tell us about how valuable conservation is to their lives as well," he said in the statement.

Zachary Hartman, chief policy officer with Ducks Unlimited, expressed support for the measure as well in a statement, calling it "a significant achievement for waterfowl and other wildlife, their habitat and sportsmen and women around the country."

But fiscal concerns in part prompted U.S. Rep. Rick Crawford of Jonesboro to vote against the legislation.

"I just thought it probably spent a little more money than it needed to," he said off the House floor following the vote.

"During these times of hyperinflation, we must be serious about legislation that doesn't account for the fiscal impacts of more spending without reasonable offsets," Crawford said in a written statement on Tuesday.

"The same Democrats who failed to produce a budget are now trying to pass legislation that has a costly budgetary impact on mandatory spending -- the primary driver of our nation's ballooning debt," Womack said in a statement released after the vote. "Conservation is a priority we all share, but this [wildlife] bill misses the mark. It includes poison pills and siphons money to D.C. instead of the states who best manage their wildlife resources."