More cooling centers will open in Little Rock on Saturday 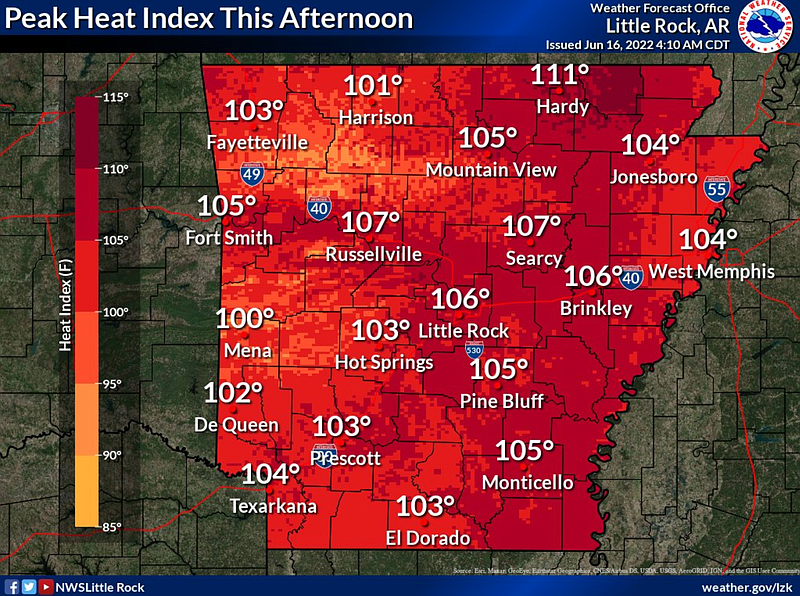 High heat index values, how temperatures generally feel, are expected all over Arkansas on Thursday afternoon.

More cooling centers are opening in the city to provide residents with a free place to cool off from the heat.

The East Little Rock Community Center 2500 E. 6th St., will be open noon to 6 p.m. today and Friday, then again through the rest of next week starting Tuesday. But Little Rock officials are also opening four other cooling centers from 8 a.m. until 5 p.m. on Saturday:

More centers will be open on Saturday because the children’s summer programs are not being hosted during that time, according to Spencer Watson, a spokesperson for the city.

No facilities will be open on Monday due to the Juneteenth holiday.

The city will reassess the weather to determine if the cooling centers need to be open again on Monday, June 27, according to a news release from the city.

Much of Arkansas is under a heat advisory, meaning the temperature feels hotter than 105 degrees, according to the National Weather Service in North Little Rock. Little Rock’s heat index is predicted to get up to 106 degrees.