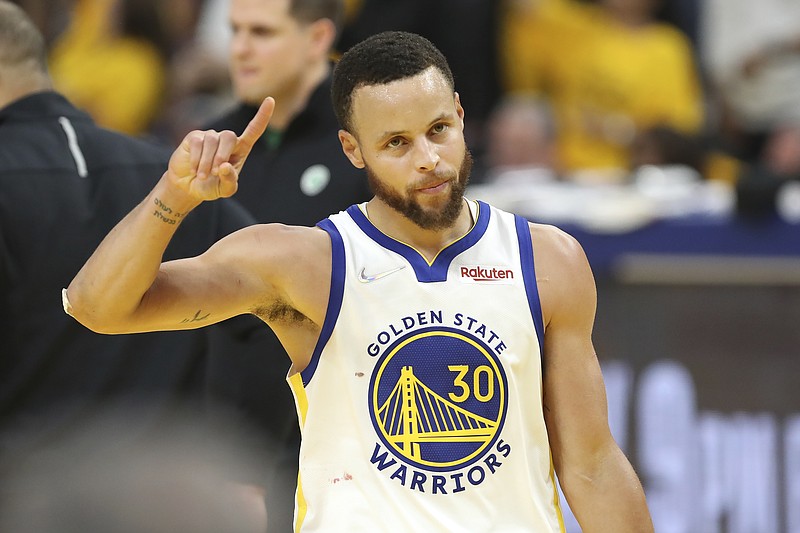 BOSTON -- Stephen Curry and the Warriors have been within a game of clinching a championship in three of Golden State's previous five trips to the NBA Finals during his 13-year NBA career.

Back again and with a 3-2 series lead on the Celtics, Curry says he'll lean on that experience when he takes the court at Boston's TD Garden on Thursday night.

"You just understand what the nerves are like," Curry said. "At the end of the day, once you get out there, you just have to be in the moment. You got to be present as much as possible, not worry about the consequences of a win or a loss. The only opportunity you have is that 48 minutes."

The Warriors' core of Curry, Klay Thompson and Draymond Green is still around from the 2015 championship run. They're on the verge of capturing their fourth title in eight seasons with new additions to the floor -- like Andrew Wiggins and Jordan Poole -- who have never been in this position.

Curry's advice to them: Lie to yourself a little bit.

"The more you can trick your mind into being in the moment and staying there, that's the best advice I can give anybody in that situation," he said. "Because it's going to be the hardest game you probably ever played in your career because of what the stakes are."

The stakes will be equally high for the Celtics, who let the turnover demons that have haunted them at times throughout the postseason prevent them from seizing a commanding 3-1 series lead.

Boston limited Curry to his lowest scoring output of the finals in Game 5, but couldn't overcome 18 turnovers. The Celtics dropped to 1-7 this postseason when committing 16 turnovers or more -- and lost consecutive games for the first time since the end of March.

But they have a chance to force Game 7 -- and the chance is coming at the Garden, where they are 6-5 in the playoffs.

The mood at the close of Wednesday's practice session was loose, with players smiling and joking while getting up some shots. Celtics star Jayson Tatum said the optimism comes from the team's extremely recent playoff history.

Boston's path to the finals has included Game 7 victories over Milwaukee in the second round and Miami in the conference finals. The Celtics entered the finals as only the 12th team in league history to win back-to-back Game 7s in the preceding rounds.

"In those moments, we just responded. I don't know exactly what it is, but I think just our will to want to win, just trying to figure it out," Tatum said. "I think my thought process, as it was in that game, Game 7 against the Heat, it was just do whatever it takes to win."

That, and reminding himself and teammates of the fact that there is still basketball left to play.

One thing Celtics Coach Ime Udoka wants to eliminate heading into Game 6 is his team complaining to referees about calls.

Boston picked up a pair of technical fouls in the loss -- one in the first quarter by Udoka and another by Marcus Smart early in the fourth. Smart's technical was followed immediately by an offensive foul call against him, which led to a three-pointer by Golden State.

"I think in general just too many conversations being had at times. Feels like after foul calls or dead balls, free throws, timeouts, there's somebody talking to a ref," Udoka said. "We've got to spend our energy on the game, and everything else going in between, other than the referees." 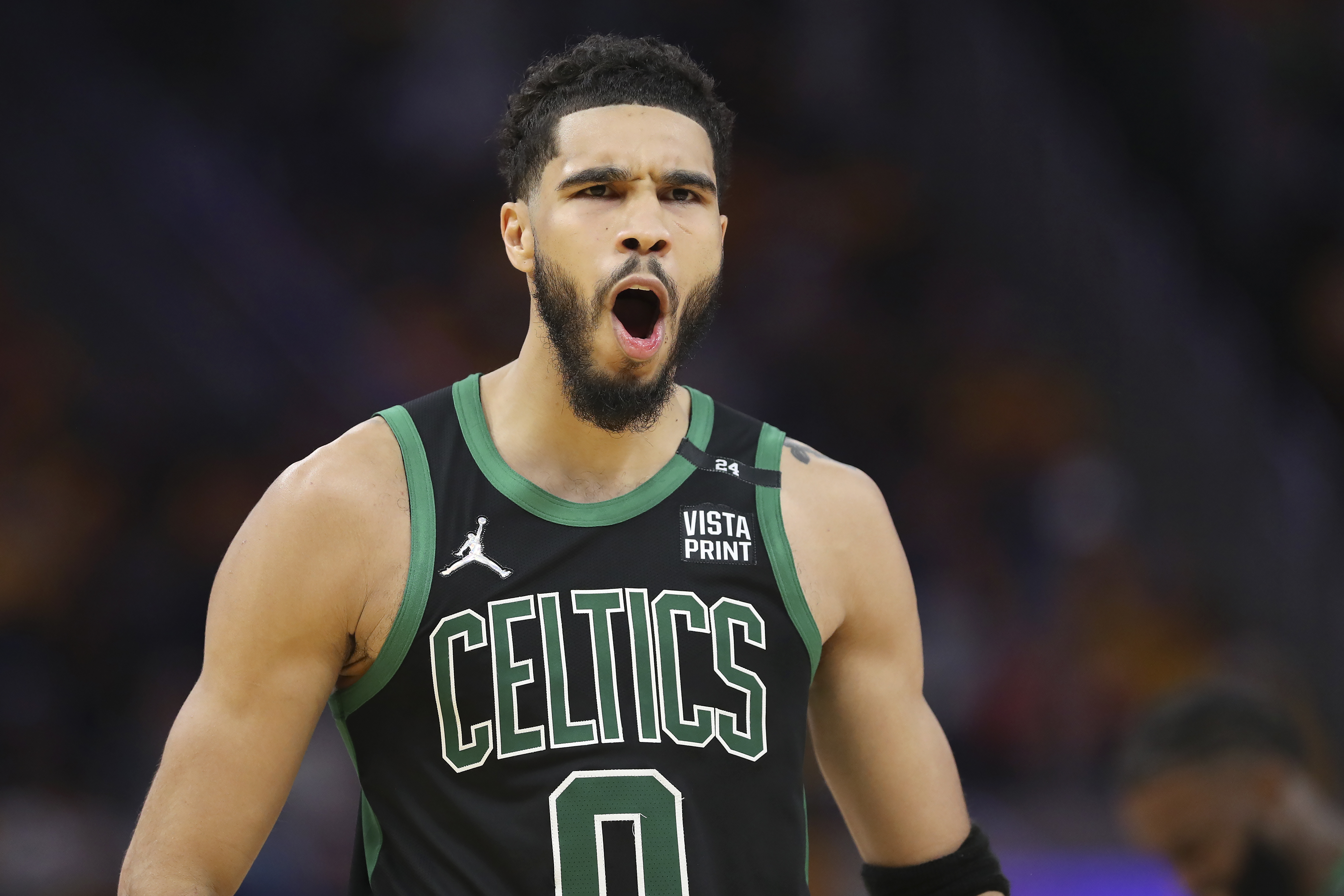 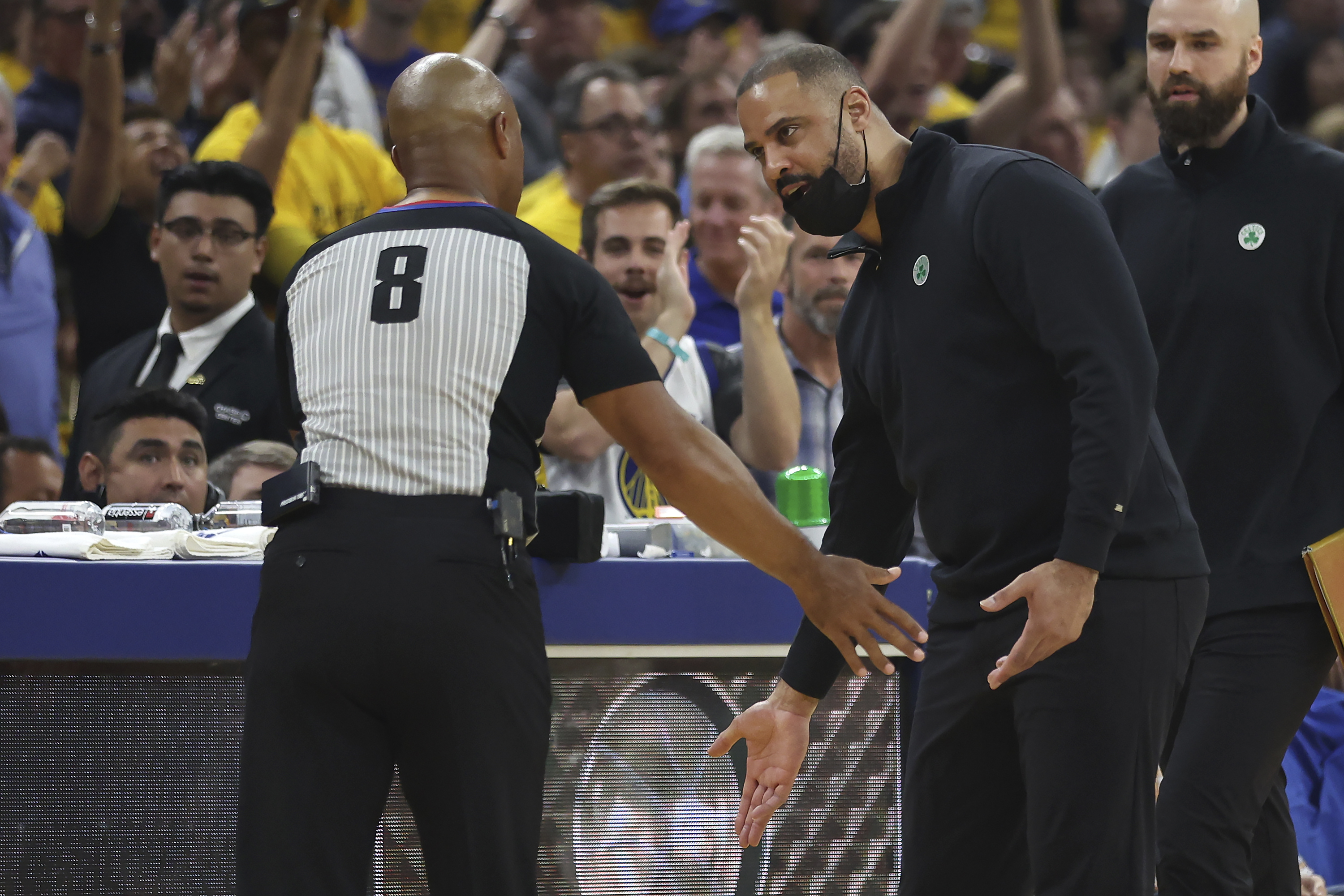