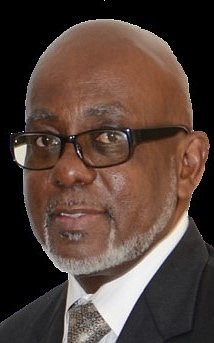 We are told in [1 Chronicles 4:9 NASB] that his mother named him Jabez because he was born in pain. Maybe God lifts the one with the pain, disappointments, negatives, and struggles to let you know that pain doesn't have the last word in your life.

Why is his prayer so significant? The first thing that we pick up in his prayer is that in [1 Chronicles 4:10], Jabez says, "Oh, that you would bless me indeed."

Jabez says, "God, I need you to intervene in my life and reverse my situation."

Jabez says, "I want expanded opportunity and capacity to do more with my life for you. I want to grow."

So many people hate the job that they do every day. They get up every morning despising the fact that they've got to go to that place. And every time you see them, they complain about how much they hate their job. That poses the question, "Why don't they do something different?" The answer is very simple. It's safe to keep doing what you are doing because doing something different is a risk.

Jabez says, "I'm not satisfied with this little spot that I am in. I want to expand my capacity. I want to do more; please help me see and do things I've never seen or done before."

Jabez says, "That your hands might be with me." In other words, "Lord, I don't want your blessings and not have you. I am not asking you to bless me, give me more stuff, expand my borders, bless my business, do all that stuff, and I leave you on the sideline."

The Bible always lets you know when you have been blessed because [Proverbs 10:22 NASB] says, "It is the blessing of the lord that expands you, but He will with it give you no sorrow."

You know it comes from the Lord because you have joy with it, not misery because God brings himself along with it.

That leads him to say, "and that you will keep me from harm." Why does he pray to be kept from harm? Because the more God blesses you, the more Satan sees you.

So, Jabez says, "keep me from being disconnected from you. Put a restraining order on the enemy so he maintains his distance from me. "

The text says Jabez called on God, and He heard. He got it all for the asking. If you are in pain today, be encouraged because we learn from Jabez that God grants requests to people coming to Him in their pain, out of their pain, with their pain, and in spite of their pain.

Editor's note: Pastors, ministers or other writers interested in writing for this section may submit articles for consideration to shope@adgnewsroom.com. Writers should have connections to Southeast Arkansas. Please include your name, phone number and the name and location of your church or ministry.