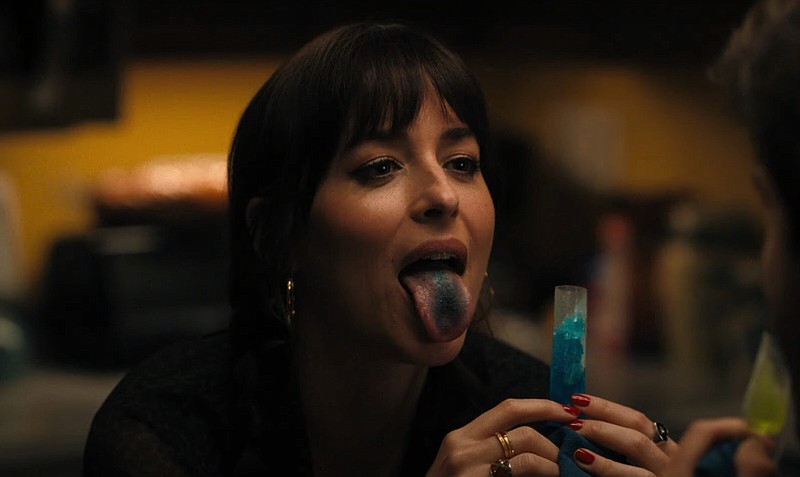 Unhappily engaged Domino (Dakota Johnson) is the mother of an autistic daughter who finds herself platonically pursued by her daughter’s babysitter in Cooper Raiff’s cringe-inducing study of romantic anxiety “Cha Cha Real Smooth.”

Netflix and Disney Plus are duking it out for the title of biggest streaming service. HBO Max doesn't have competition for best streaming library. And somewhere in the mess, Peacock, Paramount+, Hulu, and Amazon Prime Video are fighting for the scraps. Then, there's Apple TV+, which is really playing its own game with titles like "Cha Cha Real Smooth."

I've reviewed four movies from Apple TV+, and they are all fantastic films. "Wolfwalkers" and "CODA" are among my favorite movies of all time. "Finch" offers heart and a wholesome adventure. Then there's this newest offering from director, writer, and star Cooper Raiff. Fresh off of CODA's win at the Oscars, Apple is making another run at awards season with "Cha Cha Real Smooth."

Raiff plays Andrew, a 22-year-old college graduate whose girlfriend moved to Spain and who is left in New Jersey, living with his mother and stepdad, working at a crummy fast food job with seemingly no idea what he wants out of life.

Some of this stuff isn't exactly new. Andrew's stepdad, Greg (Brad Garrett), gives him a hard time now and again. They bump heads some. His mother, who I don't actually think is given a name in the movie, is played by Leslie Mann. And she is just the sweetest, most supportive parent, who also happens to have bipolar disorder. Disabilities are front and center in this movie, and as with "CODA," that plays to the film's strength.

Andrew is invited by his little brother, David (Evan Assante), to a bar mitzvah, and discovers he has a talent for entertaining teens (adults?) and getting them on the dance floor. While at the bar mitzvah, Andrew meets Domino (Dakota Johnson) and her daughter, Lola (Vanessa Burghardt). Lola is autistic, and like "CODA," "Cha Cha" found an actual autistic actor to play this central character.

Here is where the movie's real magic begins. Domino says she and Lola aren't in the mood to swing it and tells Andrew he'll never get her daughter on the dance floor. And yet, he gets her to boogie.

Andrew is instantly and platonically in love with Lola. He cares about her, treats her as a real human being, gives her all the space in the world to be comfortable in her existence on her terms, and is just the best brother figure. And Lola, who admittedly doesn't have an easy time with babysitters and caregivers, finds herself trusting Andrew and enjoying spending time with him.

Their genuine friendship is patient and kind. It's wholesome, respectful, and warmed my cynical heart that is so typically driven to an apathetic default by the news cycle in my day job. Lola and Andrew are the prime offering of "Cha Cha," but they are not the only offering.

Andrew and Domino have a complex and messy relationship to deal with. She's instantly comfortable around him. I was left stunned when "Cha Cha" had the gall to attempt the subject matter, but Domino has a miscarriage pretty early in the film, during a bar mitzvah, actually. And Andrew, being the spectacular human being he is, not only makes sure her purse doesn't get stolen, and Lola is cared for, he helps Domino get out of the event discreetly after her dress is left covered in blood.

The fact that "Cha Cha" was able to portray a miscarriage (typically a taboo subject for the silver screen) and the authentic and respectful introduction of a character with autism within the first 15 minutes establishes a level of maturity I couldn't help but witness in awe. The writing in this film is just that exceptional. Raiff, Johnson, and Burghardt knock it out of the park with their performances.

On top of all that, "Cha Cha" is an exceptionally funny movie. The way the jokes snuck up on me with Raiff's deadpan punchlines had me belly laughing in the best ways.

Now, I've written a lot of nice things about Andrew, to the point some of my four readers might be convinced he's just perfect in every way. But he's grounded with flaws. He has what appears to be the start of a drinking problem. Andrew picks fights now and again, and while he's great entertaining kids, he's not the greatest at defusing aggression and conflict. With that said, he's also 22 and suspects he might be autistic himself.

I think the film hints any disability Andrew has is a little more easily covered up by his charisma and energy. If Andrew is neurodivergent, as I think the movie reveals over time, he passes as a neurotypical individual in most situations.

One of the things I appreciate most about Andrew's and Domino's attraction is it's not typical movie love. Their relationship, if I can even call it that, is extraordinarily messy. Domino is engaged, but she's also over here kissing Andrew and doing a pretty good job of convincing the audience she's falling in love with him.

But few romantic entanglements are simple, and loving someone isn't always enough to end up happily ever after. Sometimes, "Cha Cha" teaches its audience, loving someone means wanting them to be happy, even if it's not with you. And sometimes, an ill-advised kiss is just that, nothing more.

There's nothing unenjoyable about this film. From Andrew's and David's positive masculinity brother dynamic to the heartbreaking realizations of messy love, "Cha Cha" has much to offer as our central character learns he won't get everything he wants, but if he tries sometimes, he'll get what he needs.

Some weeks I watch movies and wonder if there's anything of value remaining in the world of cinema amid the discarded carcasses of disappointing sequels and reboots. Then I watch movies like "Cha Cha," and I remember why I love doing this. Then I find myself wondering if Philip Martin has moments like these. 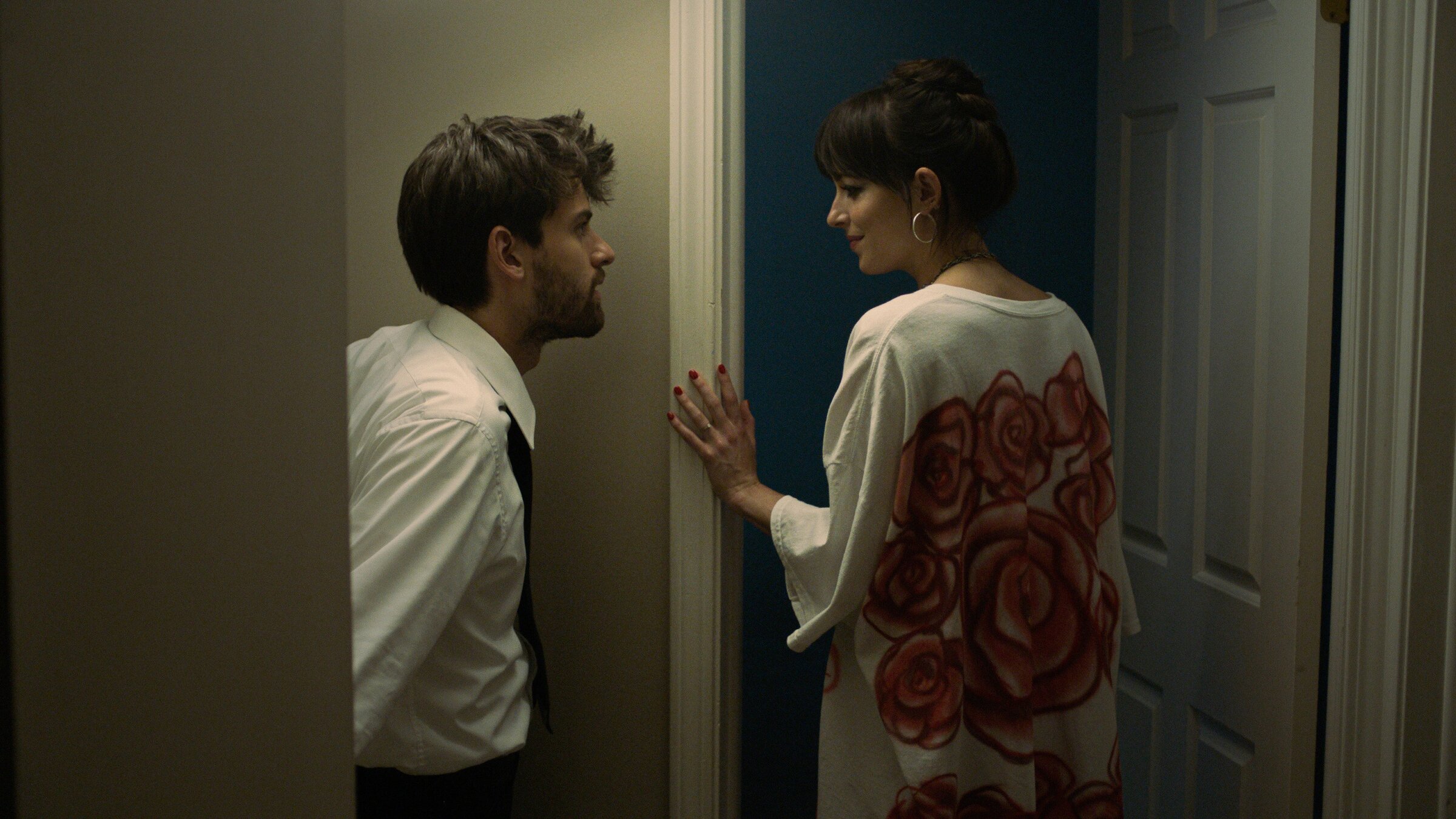