Bruins ready for another Shootout 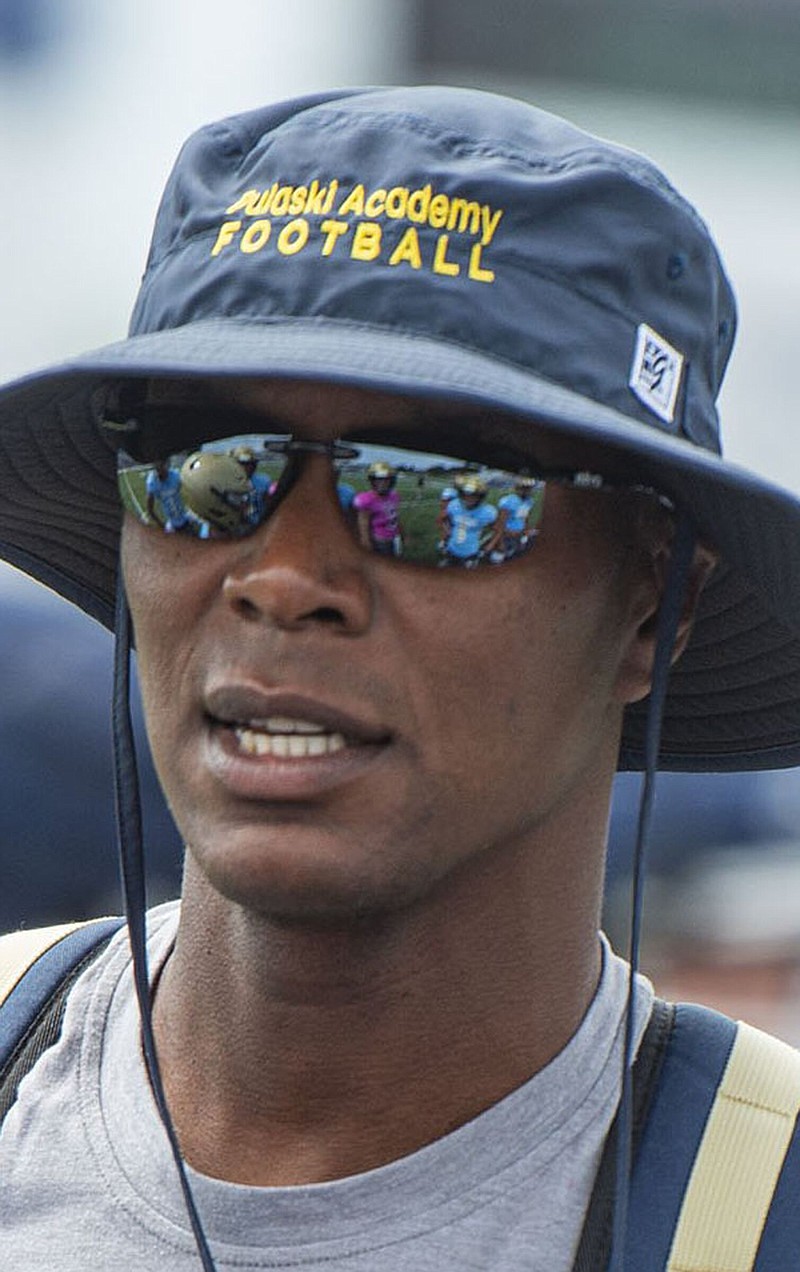 When Anthony Lucas took over the Pulaski Academy football program in May 2021, he knew it would be a tall task. Following in the footsteps of one of Arkansas' most successful coaches in Kevin Kelley, Lucas wanted to do things his way while not straying from what had made Kelley so successful.

The Bruins' play on the field didn't miss a beat with Lucas at the helm, as they went 13-1 in route to the Class 5A state championship. And before each game, Lucas led his team onto the field -- a tradition he took from his days playing for Coach Houston Nutt at the University of Arkansas.

"It's not about me, it's just that I want them to know that I'm with them," Lucas said. "It just brought us that much closer together. When they see your head coach, actually lead [them] out.

Lucas and the Bruins are getting their defense of the 2021 state championship started today when they host the 7-on-7 Shootout of the South today and Saturday on their home campus, but they will have to do so without quarterback Charlie Fiser.

Fiser was No. 2 nationally in passing yards in 2021. The Bruins will be turning to junior Kel Busby to lead the way as they look for their fourth consecutive state championship. Busby has been in the Pulaski Academy football program since the fifth grade, so he isn't an unknown, but Lucas said this weekend will be his biggest test yet.

"We've had a couple of team camps already with him, and for the most part he's done pretty good, but the tournament this weekend, the way we're gonna be playing, will really help us evaluate him," Lucas said.

The rising senior class at Pulaski Academy has amassed a 38-3 record in three years, with three state championships to show for it. Lucas said he's well aware of the pressure that comes with such success.

"I think this senior class, just like every other senior class that has come through this program, doesn't want to be the class to get to let people down or let the team down," Lucas said.

Lucas credits part of that success over the years to the Shootout. Going on its 18th year, the tournament will have teams from Oklahoma, Texas and Mississippi as well as from all parts of Arkansas.

SHOOTOUT OF THE SOUTH

NOTABLE Keller (Texas) is back to defend its 2021 Shootout title. Defending Class-5A champion Pulaski Acadamy will feature new quarterback Kel Busby. The 2021 Arkansas 3A, 5A, 6a and 7A state champions will be in attendance. More than 20 players with Division I offers, including four with Arkansas offers, will be featured, highlighted by Benton’s Braylon Russell