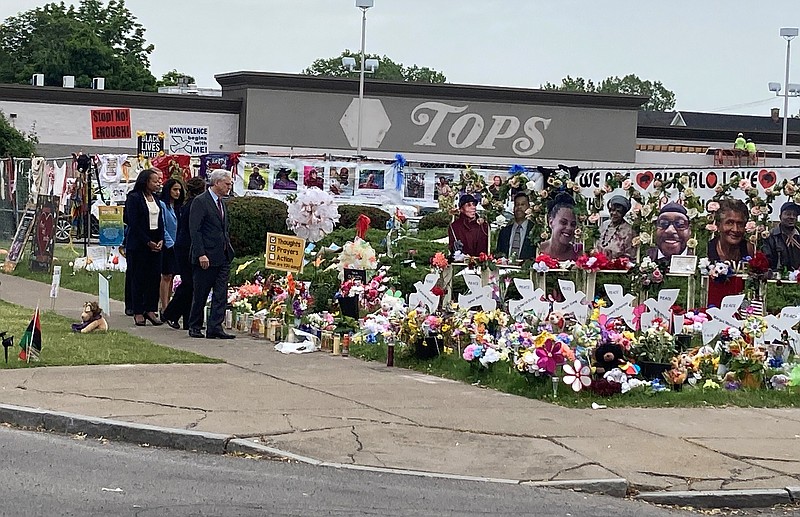 Attorney General Merrick Garland. visits the Tops Friendly Market grocery store in Buffalo, N.Y., on Wednesday, June 15, 2022, the site of a May 14 mass shooting in which 10 Black people were killed. Garland was in Buffalo to announce federal hate crime charges against the 18-year-old shooter, Payton Gendron. (AP Photo/Carolyn Thompson)

BUFFALO, N.Y. -- The white man suspected of killing 10 Black people at a Buffalo, N.Y., supermarket made his first appearance in federal court on hate crime charges Thursday, and the judge urged prosecutors to quickly decide whether to pursue the death penalty given the "substantial" cost of such cases.

In a brief proceeding, presiding Magistrate Judge H. Kenneth Schroeder said Payton Gendron was eligible to be represented by public defenders. Fielding a series of questions from the judge mostly with "yes" or "no" responses, Gendron said he had not been employed in a year, had $16 in a bank account, had no car and two shares of Disney stock.

Gendron has been held without bail since his arrest shortly after the May 14 attack at a Tops Friendly Supermarket, which also left three people wounded.

Gendron wore an orange jump suit, shackles and a black mask covering a scruffy beard. He leaned forward slightly in his chair with his head down when the judge read the charges.

No plea was entered during the proceeding.

Former Gov. Sarah Palin of Alaska has advanced to the August special election for the state's sole congressional seat.

The race was called by The Associated Press. Palin, with 28.3% of the vote as of Wednesday night, was leading the 48-candidate field, from which the top four candidates will advance.

Also advancing, according to the AP, are Nick Begich, the scion of an Alaskan political dynasty, with 19.3% of the vote; and Al Gross, a surgeon and commercial fisherman who ran for Senate two years ago, with 12.8%.

In fourth but not yet assured a place on the ballot was Mary Peltola, a former state legislator, with 8.7%.

The special election was prompted by the death in March of Rep. Don Young, a Republican who was first elected to the House in 1973. The election is to fill the remainder of his term.

Palin and Begich are Republicans, Gross is not affiliated with a party and Peltola is a Democrat. Also in August, a primary will set the field for the November general election to decide who will represent Alaska for a full two-year term starting in January. Palin, Begich and Gross are candidates in that race.

For Palin, the campaign is a political comeback. As Sen. John McCain's running mate in the 2008 presidential race, she lost to a Democratic ticket that included Joe Biden, and she resigned from the governor's office, seeking to parlay her newfound profile into work as a political pundit. She had tapped into a similar anti-establishment, anti-news media vein of the Republican Party that later galvanized Donald Trump's unexpected rise to the White House in 2016.

Hammer, 83, said in a statement that she served the gun-rights group for 44 years and is proud of her record on Second Amendment issues. She is the first woman to serve as president of the organization, from 1996 to 1998.

"When I was first hired in September 1978, I was given one mission: 'Do what you need to do, but do not let Florida become another California,'" Hammer said. "For 44 years, I am proud to say that I faithfully delivered on that assignment with the help of our great NRA members."

Hammer is credited as a major force behind Florida's "stand your ground" law, which removes the duty to retreat before using deadly force in the face of serious danger.

Florida was the first in the nation to adopt such a law in 2005. Similar measures have been passed in other states amid criticism that they increase violent confrontations leading to fatal shootings.

"Marion Hammer's name has become synonymous with the Second Amendment and with the NRA," said Wayne LaPierre, executive vice president and CEO of the group. "She is a dynamic and legendary advocate who has led the way with many laws that started in Florida and then served as a blueprint across the country."

NEW YORK -- A New York City subway rider died early Thursday after he got stuck between a Q train he was exiting and the platform and fell into the tracks, the Metropolitan Transportation Authority said.

The episode took place late Wednesday night in Brooklyn. The man, identified as Marcus Bryant, 37, was taken to Maimonides Medical Center, where he was pronounced dead shortly after midnight.

The Metropolitan Transportation Authority said service was disrupted until about 3:30 a.m. 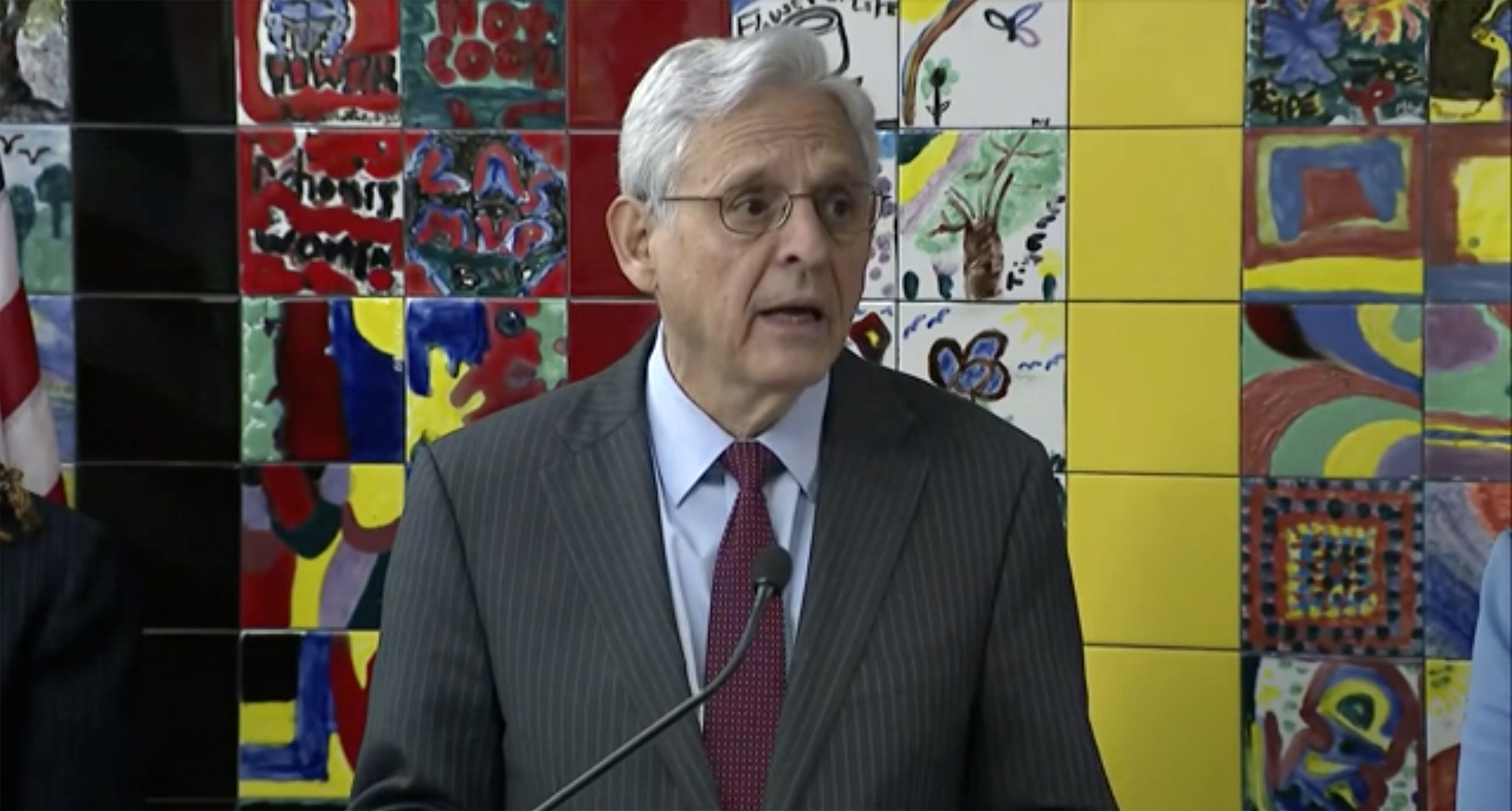 Attorney General Merrick Garland holds a news conference on Wednesday, June 15, 2022 in Buffalo, N.Y. Payton Gendron, the white gunman who killed 10 Black people in a racist attack at a Buffalo supermarket was charged Wednesday with federal hate crimes that could potentially carry a death penalty. (US Network via AP, Pool)