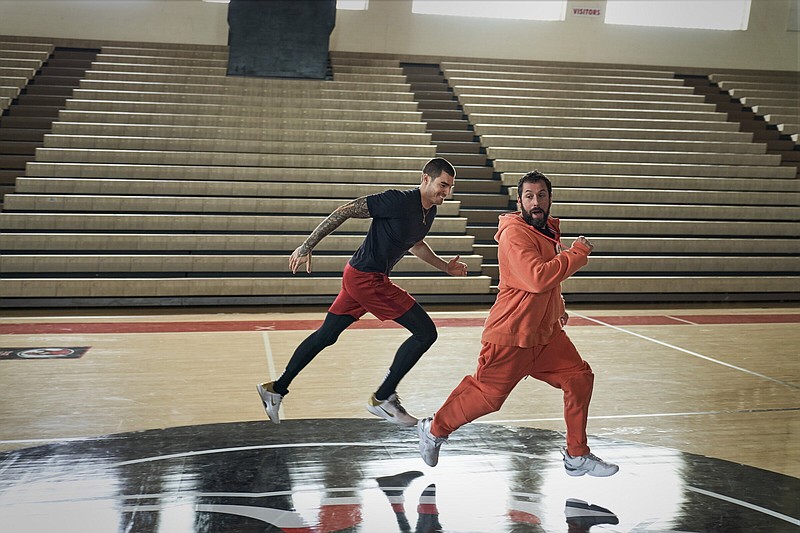 Adam Sandler seems to be a likable guy, but it's been a while since I've really enjoyed one of his movies. The trailer for "Hustle" didn't inspire much hope. It teased a sports movie that seemed to lean heavily on well-worn tropes and countless cameos (one of Sandler's favorite gimmicks). And considering I just recently watched a really good basketball movie (more on it next week), I wasn't itching to immediately watch another one. But the response to "Hustle" has been pretty great with critics I trust speaking highly of it and Sandler's performance. And trailers aren't always reliable, right?

"Hustle" turns out to be a mixed bag. It's made well enough by director Jeremiah Zagar and it has some truly heartfelt moments. Sandler gives a solid performance and Utah Jazz power forward Juancho Hernangomez is surprisingly good. But the film has such a copy-and-paste sports story that doesn't offer much of anything we haven't seen before. Co-writers Taylor Materne and Will Fetters stick too closely to an overly familiar blueprint, which means there isn't an ounce of suspense about how things will turn out. You pretty much know where it's going from the very start.

And yes, there is a deluge of cameos. So many that they quickly begin to feel like a crutch. Sandler (who also produces) and the filmmakers stuff in every basketball personality they possibly can. Mark Cuban, Doc Rivers, Julius Erving, Dirk Nowitzki, Allen Iverson, Shaquille O'Neal, Charles Barkley, and that just scratches the surface. It goes well beyond servicing the story, almost to the point of vanity. Yes, we get it Sandman. You know a lot of people. It doesn't mean you need to cram them into every Happy Madison Production.

Back to the story, Sandler plays Stanley Sugerman, an aging basketball scout for the Philadelphia 76ers. He spends his days spanning the globe, bouncing from country to country in hopes of finding the next big thing in the NBA. His dream is to finally land a coaching job, which would allow him to spend more time at home with his wife, Teresa (Queen Latifah) and their teenage daughter, Alex (Jordan Hull).

His dream comes true when Sixers team owner Rex Merrick (Robert Duvall) promotes Stanley to assistant coach. But his excitement is short lived. In the first of several contrivances you can see coming a mile away, Rex suddenly dies, leaving his conceited son Vince (Ben Foster) to handle the day-to-day operation of the team. And one of his first acts is to take Stanley off the bench and put him back on the road. Now Rex has a daughter named Kat (Heidi Gardner) who holds a prominent position with the team. Like her father, she's close to Stanley. But she suddenly vanishes for no apparent reason other than the writers need her to.

While in Spain, Stanley happens upon a streetball game. There he gets his first look at Bo Cruz (Hernangomez), a 22-year-old phenom in work boots who hustles on the court to help support his mom (Maria Botto) and young daughter (Ainhoa Pillet). In Bo, Stanley sees his ticket back to the Sixers bench. So he takes the young man under his wing and begins prepping him for his shot at playing in the NBA. Over time, the two grow close with Stanley becoming more of a father figure/coach than a down-on-his-luck scout.

Along the way we get several of the tried-and-true sports drama story beats. For example, there's the mandatory rah-rah training segment as Stanley works to get Bo ready for the NBA Combine. And there are the conventional hurdles that are packed into every one of these movies. You know, the ones that leave our heroes feeling defeated and thinking all is lost. That is until the music swells and they get that one last shot. There was a brief moment where I thought the movie was actually going to do something fresh and unexpected. Alas, it immediately fell back in line and wraps up exactly as expected, bypassing several glaring questions, and going straight for the feel-good jugular.

Sandler and his inherent charm is almost enough to keep things afloat. Sure he's playing a variation of the same character he has played in several of his movies, but that's part of what draws people to him. He also has a natural chemistry with Hernangomez and together they form the heart of the story. But other characters don't fare as well. Take Foster who is easily dealt the worst hand. His Vince devolves into nothing more than a one-note villain with no nuance whatsoever. And in a truly lazy bit of writing, his story angle wraps up off screen and with one simple line of dialogue from another character.

The movie is at its best in the few moments where it pulls back from basketball and allows its characters to expand beyond the game. I also like how Zagar captures the energy of the big city streetball scene. But beyond that it's hard to find much in "Hustle" to be excited about. And that's mainly because we've seen all of this before. Throw in some really shaky writing and shoddy character work and you're left with a cookie-cutter sports movie that may please Sandler diehards but with little to offer otherwise.

Playing theatrically and streaming on Netflix 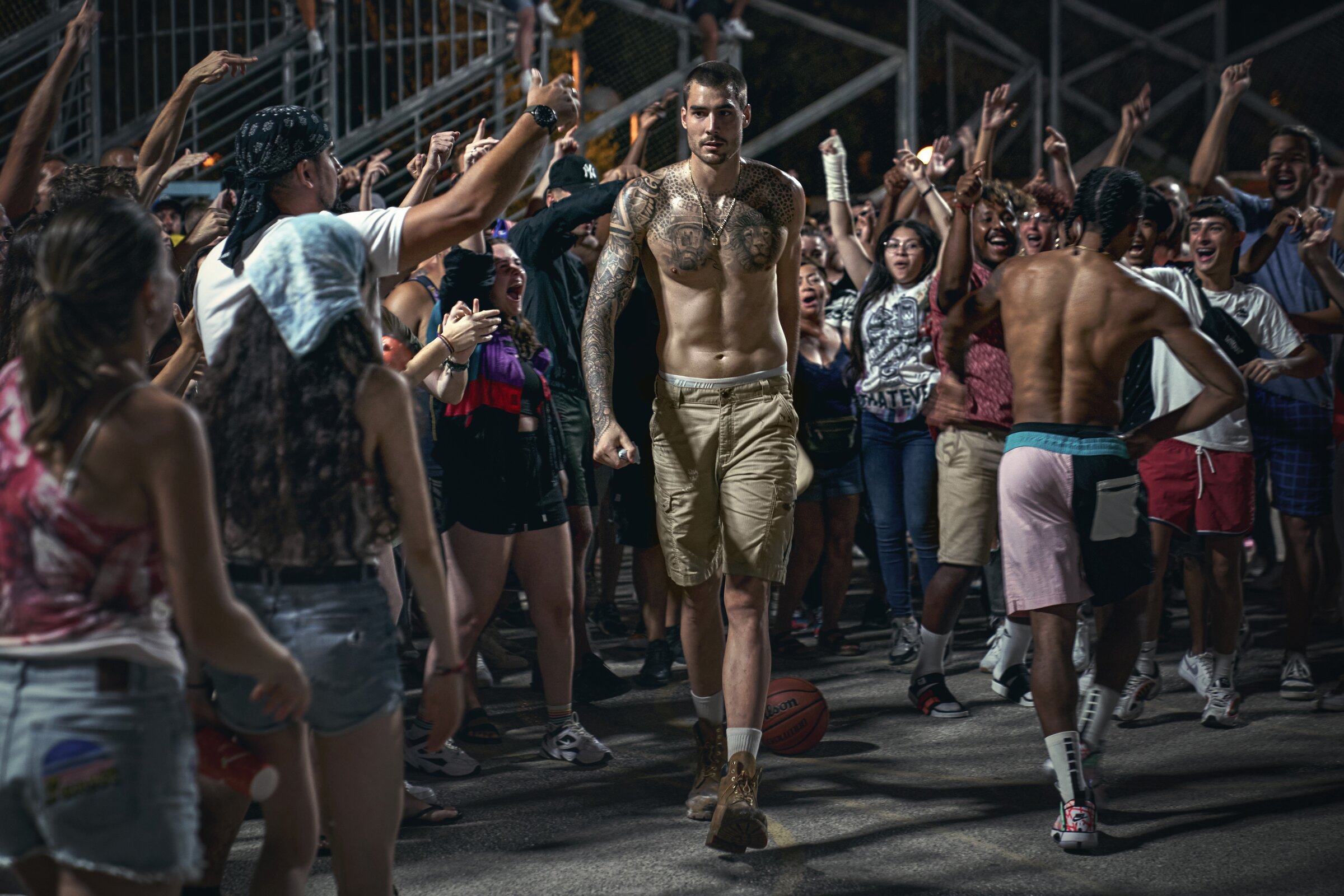 A playground legend in work boots, Bo Cruz (Juancho Hernangomez) is groomed for NBA stardom by a journeyman scout in “Hustle.”