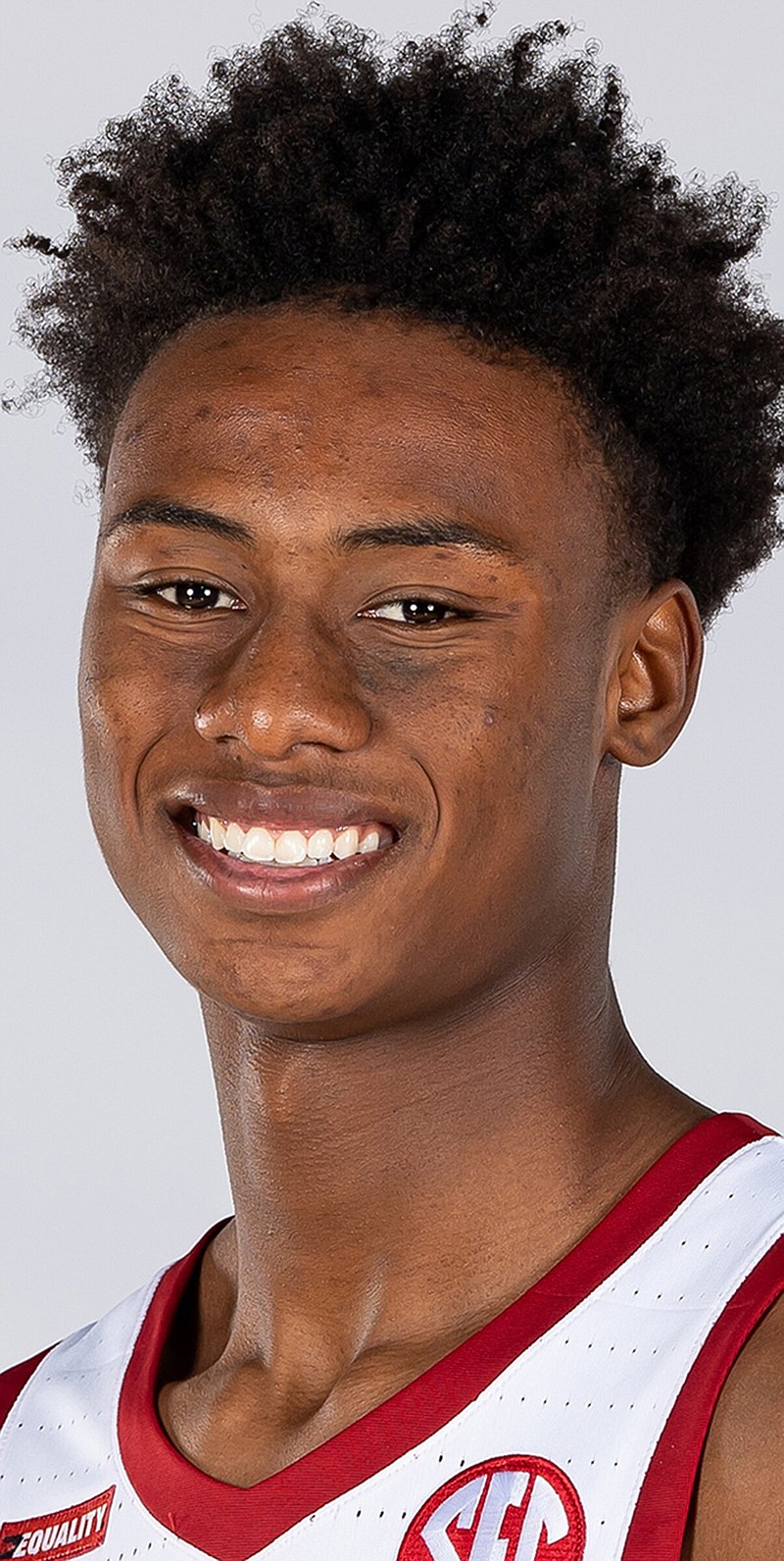 FAYETTEVILLE -- Jaxson Robinson, a 6-6 sophomore guard on the University of Arkansas basketball team last season, is transferring to BYU, he announced Thursday on his Instagram account.

Robinson averaged 3.4 points, 1.3 rebounds and 10.2 minutes in 16 games in his only season at Arkansas after transferring from Texas A&M.

Because Robinson is entering the transfer portal after May 1, under NCAA rules he must receive a waiver to be eligible to play next season. If he doesn't get a waiver, he must sit out.

Robinson, who is from Ada, Okla., hasn't redshirted and would still have two seasons of eligibility remaining if he sits out next season.

Robinson is the fourth player from Arkansas' team last season to enter the portal along with Chance Moore, who is transferring to Missouri State; Connor Vanover (Oral Roberts); and Khalen "KK" Robinson (Texas A&M).