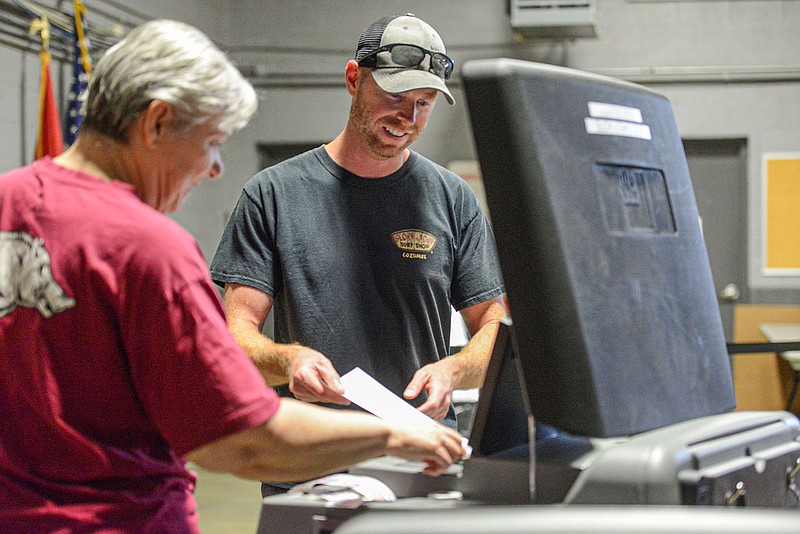 Benton County had 1,070 early votes cast by of the end of the day Friday. Washington County's votes totaled 428 by that time despite having a county judge's runoff. Benton has no countywide runoffs.

The early voting site in Siloam Springs, one of three locations available in Benton County, took in almost half of all the ballots cast in both counties as of Friday, voting records show.

"District 35," replied Dana Caler, the Benton County clerk's elections administrator, when asked why so many votes were cast in Siloam Springs. She referred to the state Senate District 35 Republican runoff between Tyler Dees of Siloam Springs and Rep. Gayla McKenzie of Gravette, she said.

McKenzie said Friday she will continue a push for more early voting sites whatever the outcome of her race.

"I am not surprised," McKenzie said by text message about the heavy turnout in Siloam Springs. "It's the only early voting site physically located in Senate District 35. I think it's unfortunate, unfair and overly burdensome to the people in this geographically large senate district that the Benton County Election Commission voted to not open up another early voting site. Siloam Springs is the only choice people have. I spoke to a man yesterday who had to travel a significant distance to early vote. He was frustrated and unhappy. It's also very costly for people with gas prices as high as they are."

District 35 straddles the Benton-Washington County line, so the only site for the district's early voters in Washington County is in downtown Fayetteville. "We need to look at doing better for the people in both counties," McKenzie said. "It's a large district." A trip to and from an early voting site can easily take an hour for many residents in either county, she said.

Dees said he was grateful to every voter who came out for the primary and for the runoff whoever they voted for and wherever they voted. Primaries and especially runoffs usually have low turnouts, he said. State election figures show 26% voter turnout for the primaries statewide and 19.7% for Benton County. Washington County's primary turnout reached 21.4%.

Dees led McKenzie 4,292 votes to 3,162 in the primary with Jeff Tennant of Gentry coming in third.

"I'm just so thankful people are getting out and voting," Dees said. Whether having the only early voting location in his race in Siloam Springs helps him remains to be seen, he said.

"You never know about these things until they're over," he said.

This is Dees' first political race. McKenzie is a two-term House incumbent and the sister of Sen. Jim Hendren, I-Sulphur Springs, who lives in District 35, but didn't run for reelection. Former state Sen. Kim Hendren, R-Gravette, was Jim Hendren's predecessor in the office and is the father of Jim Hendren and McKenzie.

State law requires a runoff if no candidate gains a clear majority -- 50% plus 1 or more -- in party primaries and nonpartisan school board and judicial elections. This is to ensure no candidate advances with only a plurality of the vote.

Patrick Deakins and Mark Scalise are competing in a Republican runoff for Washington County judge. All runoffs in both counties are Republican contests except for two nonpartisan school board runoffs in Pea Ridge in Benton County.

"I started here 15 years ago, and we had these satellite offices then," she said. "We started them because we're so spread out." 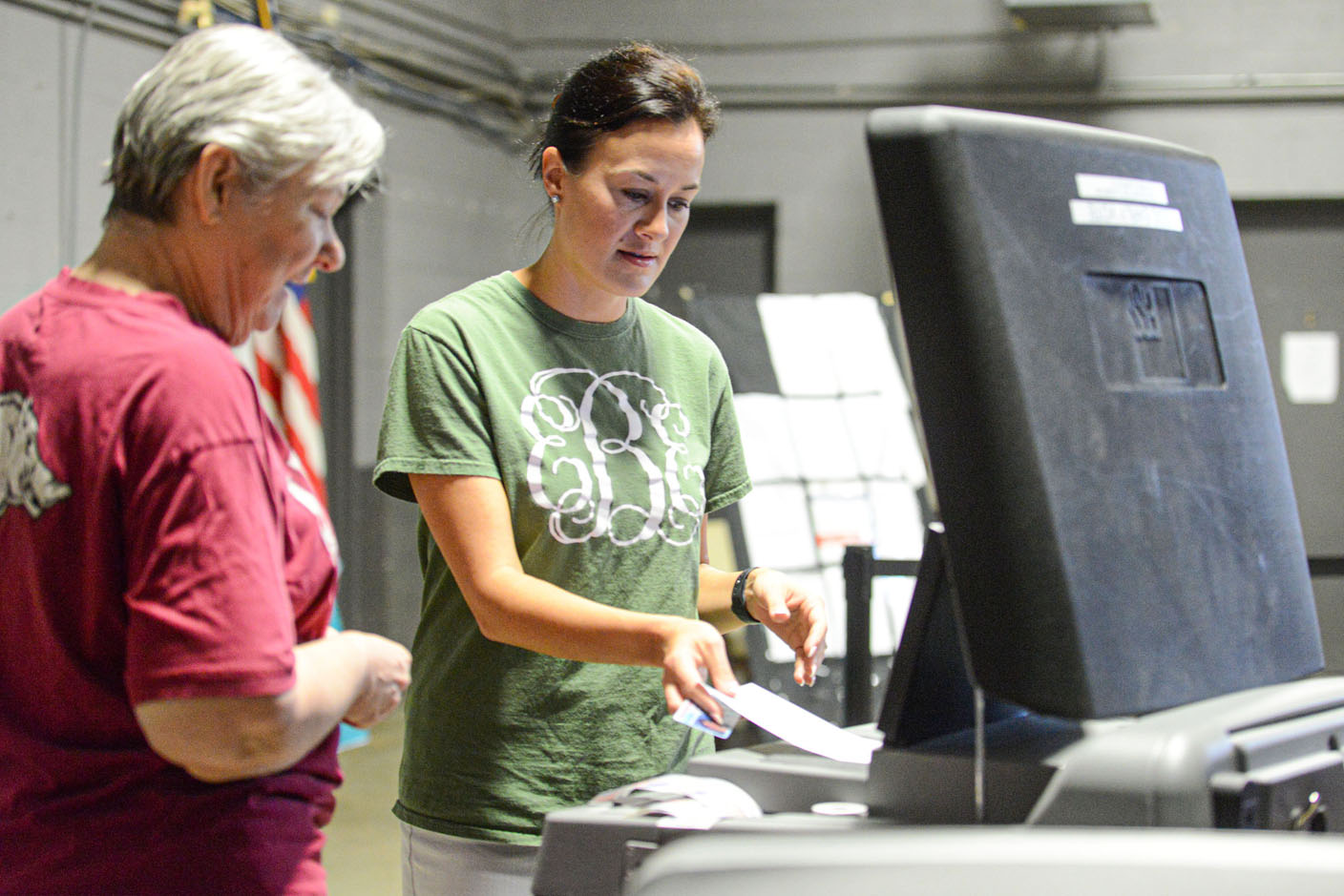 JUSTICE OF THE PEACE