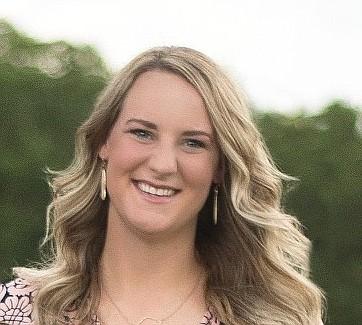 Ten years ago my husband and I got the surprise of a lifetime with the news that our family of three would double with the addition of triplets.

It's hard to fathom, but somehow we've made it through a decade full of mischief, messes and a multitude of precious memories. Through it all, the age-old adage has proven true: The days are long, but the years are short.

That saying feels particularly relevant for us with school-aged children as we look back on another whirlwind school year and settle into a fleeting summer.

As I recently compared snapshots of my boys on their first day versus last day of school, the change was surprising. It wasn't the extra inches they've grown that spark my amazement; rather it's how their faces have matured, and their smiles now shine with increased confidence. It's a reflection of the experiences they've gained that are slowly shaping them into the men they have the potential to become.

This reminds me that the process of becoming has always been a gradual one. The scriptures teach us that such was the case even for our ultimate exemplar, Jesus Christ. Luke 2:52 describes His youth by saying, "[He] increased in wisdom and stature, and in favor with God and man."

This Scripture is the inspiration for the personal development program for children and youth in the Church of Jesus Christ of Latter-day Saints. Through this program, children and youth learn a pattern for growth that helps them discover well-rounded goals, come up with a plan, act on it, and reflect on what they've learned and how they've become a better person.

Brinlee was interested in pole vaulting for years, but she struggled through her first track season as a seventh grader and couldn't clear the lowest clearance of 5 feet.

Brinlee didn't give up.

Inspired by her personal development guidebook, she set the lofty goal to break her school's pole-vaulting record by jumping 9 feet by the end of eighth grade.

To accomplish this goal, Brinlee committed herself to do something every day; whether a workout, studying the sport, or connecting with people she could learn from.

During this time, Brinlee also prioritized her relationship with Jesus Christ by studying the Scriptures and turning to Him through prayer. She knew that by putting Him first, she could always turn to Him for help in overcoming obstacles and achieving her goals.

One year later, Brinlee's faith and hard work were rewarded when she cleared that 9-foot vault, breaking the previous school record and ultimately accomplishing her goal.

Brinlee's story, and many others like it, motivate me to take advantage of these summer months and recommit to this Christ-centered pattern of goal setting in our family. In doing so, I'm confident we can all increase in the "measure of the stature of ... Christ" (Ephesians 4:13). Because one thing is certain, when we look back at this life, there is no goal more worthy of achieving than that.