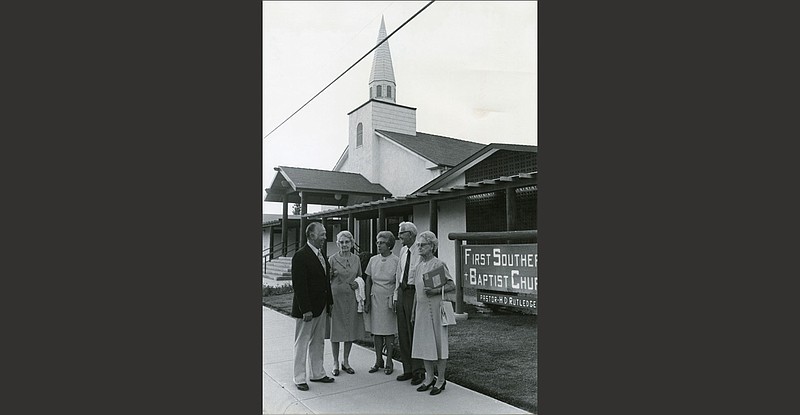 ANAHEIM, Calif. -- During the Dust Bowl years, desperate Arkansans and Oklahomans flocked to the fertile soil of the San Joaquin Valley, bringing with them their farming abilities -- and their faith, too.

On weekdays they cultivated croplands, and on Sundays they planted churches.

More than eight decades after their arrival, the Southern Baptist Convention is reaping a mighty harvest because of the seeds these migrants sowed during the Great Depression.

In 2021, 2,255 California churches and missions with total membership of 397,457 were aligned with the denomination. That includes Saddleback Church, the state's largest megachurch, pastored by Rick Warren.

Vi Estel, who retired in 2017 as archivist at California Baptist University, said impoverished Southerners flooded into the Golden State during the 1930s, bringing whatever possessions they could with them.

"The joke was, you could tell their financial worth by whether they had one or two mattresses tied on top of their car," she said. "Many of them settled in Bakersfield, which today, is still called Little Oklahoma."

With a population of 5.7 million in 1930, California had plenty of houses of worship, many of them planted by the Northern branches of Protestant denominations.

But the Southern farm workers, underpaid and poorly housed, struggled to fit in, Estel said.

"These folks would go to a Baptist church but it didn't feel like home -- and it wasn't," Estel said. "They didn't feel welcome and they were probably regarded as country bumpkins."

California Baptist churches at the time "were different. They were more liberal. And they had different music," said Richard Land, president of Southern Evangelical Seminary in Charlotte, N.C.

In the 1930s, there weren't any Southern Baptist congregations in California because the territory had been ceded to the Northern Baptists.

But that would soon change.

In May, 1936, migrants from Oklahoma and Arkansas launched what they named Orthodox Missionary Baptist Church of Shafter, after breaking away from the town's Northern Baptist congregation.

Following a brief interval with an empty pulpit, the congregation called Sam Wilcoxon, a Southern Baptist preacher from Paragould, to pastor.

Eighteen miles northwest of Bakersfield, it was one of four independent but Southern-flavored churches to form the San Joaquin Valley Missionary Baptist Association in April 1939 and the following year, it was the site of the organizational meeting of the Southern General Baptist Convention of California.

Initially, the convention included 14 churches with total membership of 1,039. Of those churches, 13 were less than 5 years old, Elmer L. Gray wrote in "Heirs of Promise: A Chronicle of California Southern Baptists, 1940-1978."

Most of the early churches were in California farm country, inland communities far from the ocean shores.

Existing Baptist congregations at the time were not wild about their new upstart neighbors.

"Usually, the First Baptist Church of any city in California will be an American Baptist church. That's why most of our churches have in their name First Southern Baptist Church," he added.

When they sought recognition from the Southern Baptist Convention at its annual meeting in 1941, the issue was referred to a committee for study.

Returning in 1942, the Californians discovered that the committee had failed to act; no report had even been completed, and no final recommendations made. A majority of committee members requested another year to deliberate, offering to come back with something concrete in 1943.

But one of the committee members, an Oklahoman named J.B. Rounds, filed a minority report. Praising the California efforts he said he'd seen firsthand, he urged that the newcomers be recognized as full-fledged Southern Baptists.

During the debate that followed, skeptical convention delegates -- known as messengers -- voiced their doubts, as did a visiting Northern Baptist Convention pastor who happened to be witnessing the proceedings.

The new churches were predominantly white at first; so was California. In 1940, Blacks, Asians and American Indians made up less than 5% of the population.

In the decades that followed, as California became more crowded and increasingly diverse, the state's Southern Baptists would cast a wider net so that all of their neighbors would hear the gospel.

Many service members from the South were stationed at Camp Pendleton, roughly 50 miles north of San Diego. Once the war had been won, many opted to remain, he said.

As they put down roots and started families, they were eager to find Southern Baptist churches of their own.

Due to the influx of service members, "You find a lot of Baptist churches that were started in the '40s and '50s," Hadaway added.

Spotting the owners, the proselytizers "basically said, 'Hey, where do you go to church?' We're Southern Baptists. Are you Southern Baptists?' and that's how they grew," Chayasirisobhon added.

Between 1951 and 1954, the Anaheim First Southern Baptist Church membership climbed from 25 to 105, according to "History of California Southern Baptists," by Floyd Looney, an Arkansas transplant and longtime editor of the California convention's newspaper. Hundreds more names would be added to the rolls in the decade that followed.

Exponential growth was the norm in many California congregations during this period. By 1955, the number of Southern Baptist congregations had surpassed 500 and total membership was nearing 100,000.

ONLY TWO HAVE MORE

Among those claiming the mantle of Christendom, only two groups have more adherents -- the Roman Catholic Church and the Church of Jesus Christ of Latter-day Saints.

"They don't have some of the benefits of cultural support that sometimes we have in the traditional south, in places like Texas, and yet they're thriving," he said.

Of the Southern Baptist Convention's 2,364 California churches and missions in 2018, only 895 were classified as Anglo; 451 were predominantly Black and 389 were predominantly Hispanic. In addition to 215 Korean and 80 Chinese churches and missions, there are another 334 classified as "other ethnic" or multiethnic, according to the California convention.

The number of American Baptists, on the other hand, has plummeted. The denomination's website lists 355 churches in the Golden State.

Membership, while hard to calculate online, is now well below 100,000.

James Merritt, a former Southern Baptist Convention president, is impressed with the California state convention, calling it "a great model for us."

"We need to start diversifying and looking more like the country that we live in and more like heaven is going to look like," he said.

"In our denomination you see it, we're -- even in our leadership -- becoming increasingly diverse, which I think is a big thing," he said. 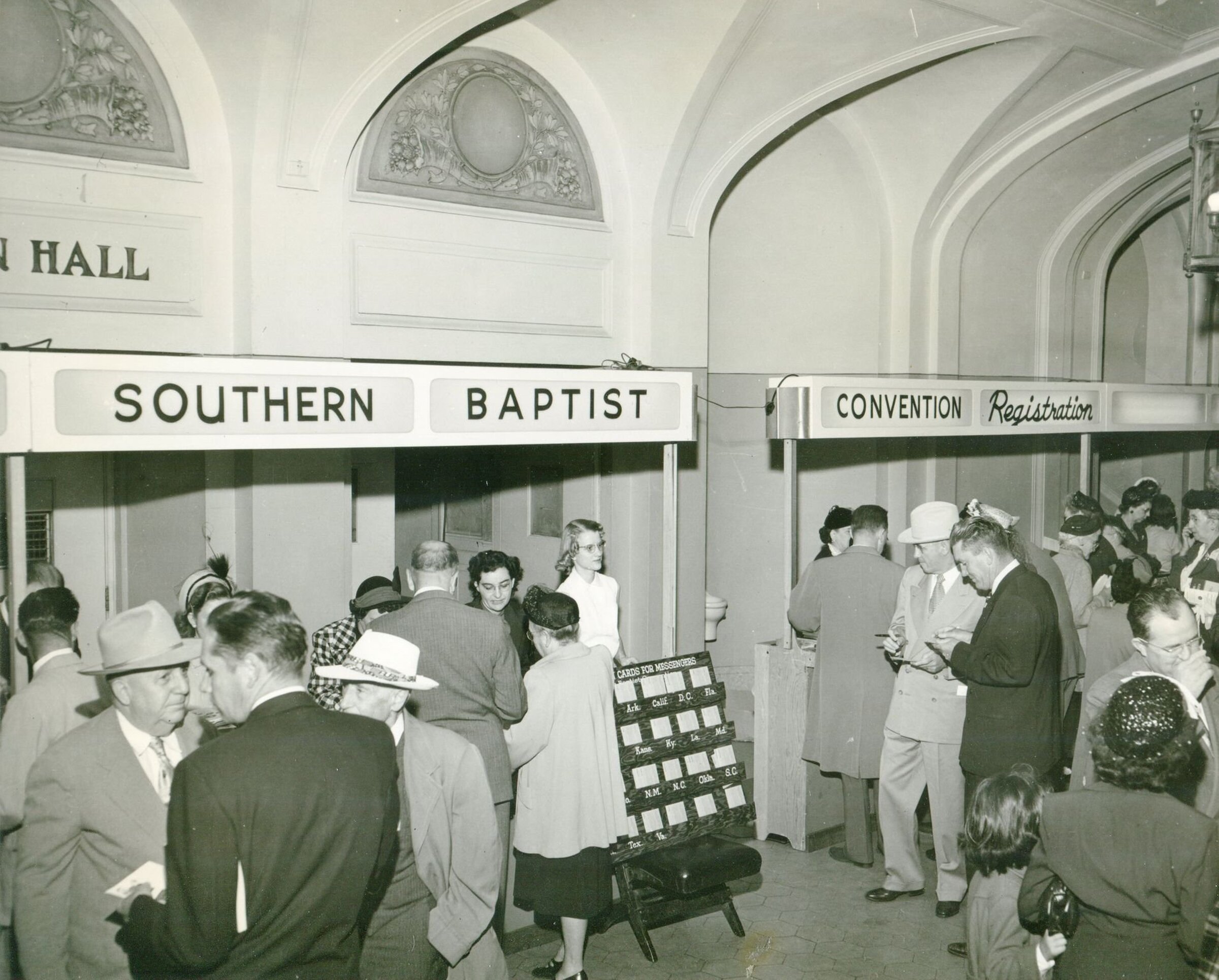 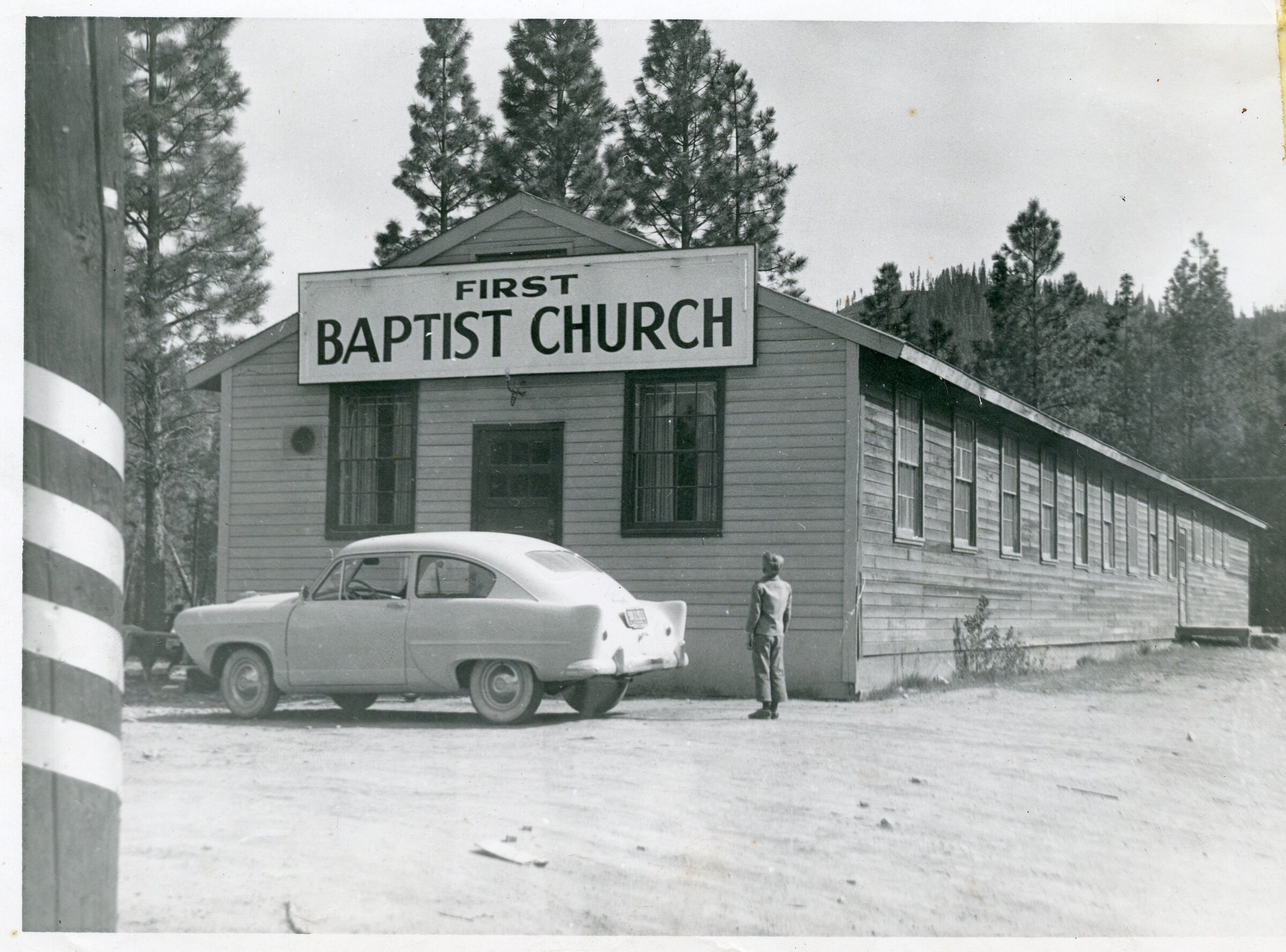