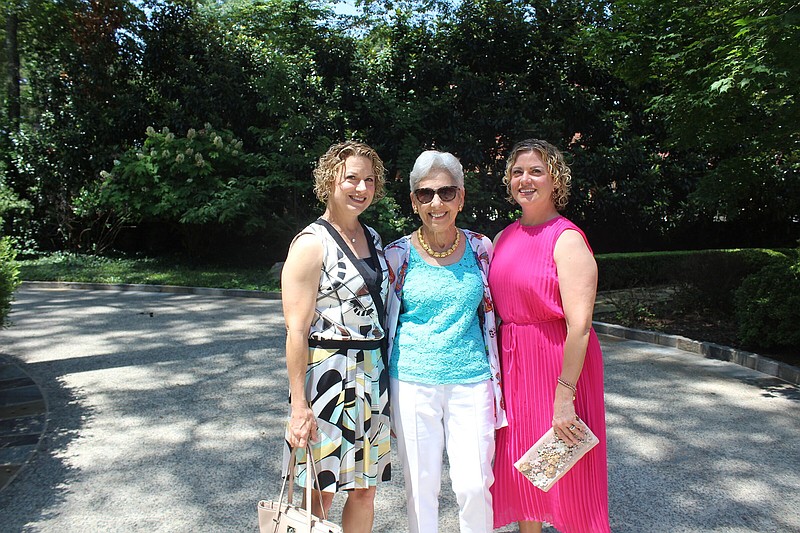 Guests mingled on the porch or gathered around the pool before a short program. Daniel Robinson explained how to use a sabre to pop the cork off a bottle of champagne and even proved his skills by landing the cork in the shallow end of the pool. Next Kelley Bass, executive director of the Museum of Discovery, welcomed guests and gave a brief history of Babcock.

Babcock -- a suffragist, author and mother -- decided to take on Baltimore Sun columnist H.L. Mencken in 1927 after he had described Arkansas as a hillbilly backwater by opening the Arkansas Museum of Natural History and Antiquities in a storefront near Second and Main streets.

In 1929, the museum moved to City Hall and operated there until 1935. In 1939, Babcock, with the help of the city, renovated the Tower Building of the federal arsenal in MacArthur Park and reopened the museum there in 1942, where it remained for 55 years.

The museum moved to the River Market in 1998, when it was renamed the Museum of Discovery. It was later renovated and reopened in 2012 with a new mission to focus on science, technology, engineering, arts and math.