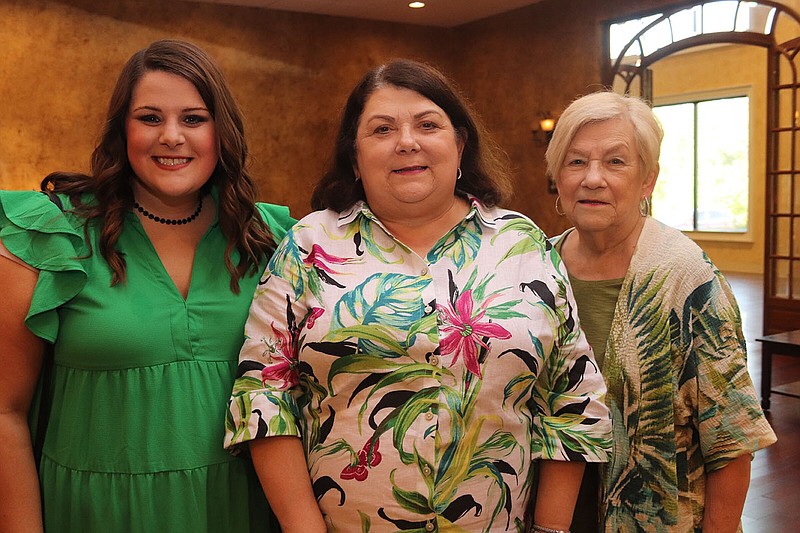 Cassidy Cook, Melissa Longing and Shirley Montgomery, all of Conway, at the VIP and general receptions preceding Alzheimer's Arkansas Champions of the Year Event, held June 11 at The Venue at Westwind in North Little Rock..(Arkansas Democrat-Gazette -- Helaine R. Williams)

An intimate collection of special guests mingled with officials, volunteers and each other during the VIP reception preceding Champions of the Year, the largest fundraising event for Alzheimer's Arkansas. The event took place June 11 at The Venue at Westwind in North Little Rock.

Attendees were afforded the chance to shop silent-auction items while enjoying light hors d'oeuvres and drinks.

Proceeds from Champions of the Year will help pay for such initiatives as respite grants to caregivers and the organization's 24-hour hotline for support services.