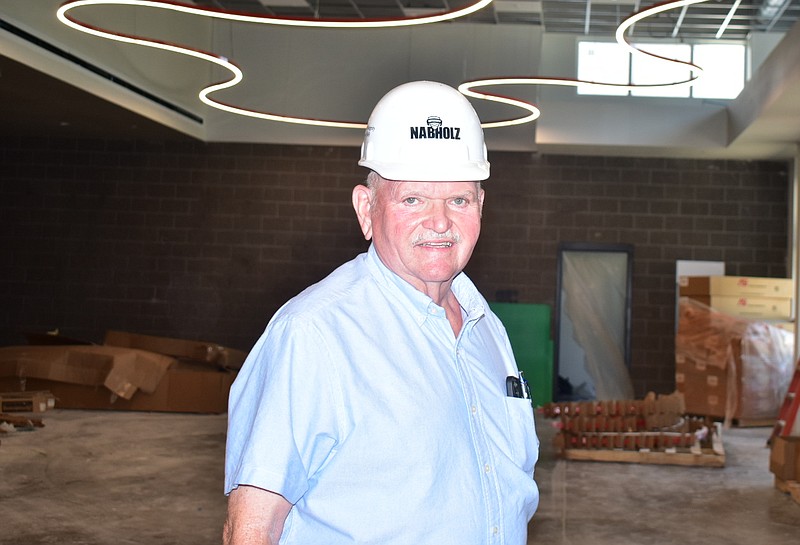 That's the term the superintendent and 1970 White Hall High alumnus used to announce his retirement from a 46-year career in education last November. The 70-year-old's final day is June 30.

"I'm going to spend more time with my family and grandkids," Dorris said Monday, a day before his final regular board meeting in five years as superintendent. "I've got two daughters and three grandchildren, one in White Hall and two in Russellville. [I plan to] spend more time with them and maybe not have to answer the phone as much."

Those future plans include gardening and working in his yard. Dorris lives within the same 2- to 3-mile radius in which he grew up.

"I try to grow everything in the world, but the last couple of years, the squirrels had more fun than I have," he said.

In a sense, Dorris' work won't be done once retirement day comes.

He has agreed to work on a volunteer basis to see the district's approximate $25 million building project across all six of its campuses through to completion. The project, a result of a 2.9-mill increase voters favored in January 2020, ranks at or near the top of Dorris' accomplishments in the five years he's led his hometown district, in his words.

"I think our biggest selling point was when I talked to the Redfield City Council and they came out in support of the millage," Dorris said. "I knew we had a good chance. That night was just as exciting as anything I had been through.

"They announced we had won Redfield by 100 votes. I said, 'We're going to win this thing.' You could feel the momentum, and the people of the White Hall School District came out and pushed hard for that. The board was behind that 100%."

Scott Ray, a 16-year board trustee and 1981 White Hall High graduate, remembered Dorris pouring his soul into getting a twice-defeated measure passed on the what was hoped was a third-time charm.

"Doug was important in getting the millage passed," said Ray, a banker and caterer. "We went and met with parents in Redfield one night. His leadership and trust in the community were key. The people who were never for the millage, we saw them that night. It was a turnaround night. I think they saw that he was not there to work against them, but to work for the better of every child of the White Hall School District."

Ray saw the measure go down in the polls twice before but he realized that Dorris' connections to White Hall helped the measure gain more traction.

"We added to it," Dorris said of the language in the proposal. "The difference was that every school in the district got touched by the millage increase. We spread it out, and all six campuses had something done with it."

One of the additions was approved during Tuesday's board meeting, when Dorris revealed every exit door on each campus will be equipped with a security camera and a lock only faculty members can open. The measure was not a response to last month's mass shooting at an elementary school in Uvalde, Texas, Dorris said.

"We decided years ago we were going to start doing upgrades on every building," he said. "All of our elementary schools, every exit door will have a camera, and you have to be buzzed in or have a key fob to get in. All elementary schools will be completely safe from outside intrusions of people coming in. The middle school has been like that for some time."

WHSD EVOLUTION ACCORDING TO DORRIS

There was a time when the White Hall School District was on the opposite side of the growth spectrum.

"I go back to first grade. Back then, kindergarten wasn't required," said Dorris, whose father served on the school board. "Even then, our facilities were well-kept. They were old. They were bad old, but we kept on. You always had enough, but when [then-Superintendent] Julius Brown came aboard, he had a vision," Dorris recalled. "We didn't have much money in the district. As a matter of fact, White Hall was one of the poorest districts in the state of Arkansas. You had to really ration things out, and then White Bluff [a power plant in Redfield] came about. That's what started the building phase."

By building phase, Dorris referred to the construction of present-day schools including White Hall High, which opened in the 1980-81 school year. Dorris began working in the district the next school year, after spending five years teaching and coaching at Watson Chapel Junior High School.

"I was very happy being a coach, but there came an opportunity to be an assistant principal, so I was at the high school for 10 years, and then I officially retired for the first time to go to Trinity Episcopal School, and it closed down that year," Dorris said. "Luckily, the middle school job came open, and I went back there."

Then in 2017, Ray talked Dorris into accepting what was meant to be a one-year appointment to succeed Larry Smith as superintendent.

"Things were going so good at the time, we agreed I'd stay another year," Dorris said. "The next thing I know, it's five years down the road. The deal was, my wife, she retired before this job ever came open, and I was going to give her a year of peace and quiet to herself, and this extended out five years.

"This is just a perfect dream that happened at the right time."

Dorris -- and every other superintendent across America -- was faced with making tough and sometimes unpopular decisions in navigating school districts through the coronavirus pandemic, which began in March 2020.

"Anybody that lived through covid, this changed your whole life," Dorris said. "What really helped us out when it first happened was, we shut down school, the last nine weeks. You had a lot of guidance coming to you from federal and state [governments]. As time went on, the state and federal wanted to back off their decision and make it go local. I remember lying in bed thinking, 'What do I need to do to assure the safety of our kids?' Overall, you had to make a decision for all the kids."

Dorris put in a mask mandate for the district that some parents challenged through petitions. Those efforts to overturn the mandate were unsuccessful, but Dorris eventually loosened the restrictions as cases of coronavirus trended downward during the 2021-22 school year.

"I could never see myself [realizing] that a kid ended up dying and I didn't try to do what I needed to do," he said. "That's the reason I try to base it on what was the best decision for the White Hall School District."

Gary Williams will take over for Dorris on July 1 after leading the Crossett district for seven years. The 29-year education veteran has stayed in touch with board members and their outgoing leader through constant visits to board meetings since his appointment in January.

"I'm struck by his love and devotion to the White Hall School District and the community of White Hall," Williams said of Dorris. "I've had the chance to be with him in interactions, and you can tell the impact he has made on the district. His impact and longevity are pretty amazing."

So is the growth of a district Dorris has witnessed firsthand, from the time he began grade school to the time he "graduated," in his own words, to retirement. 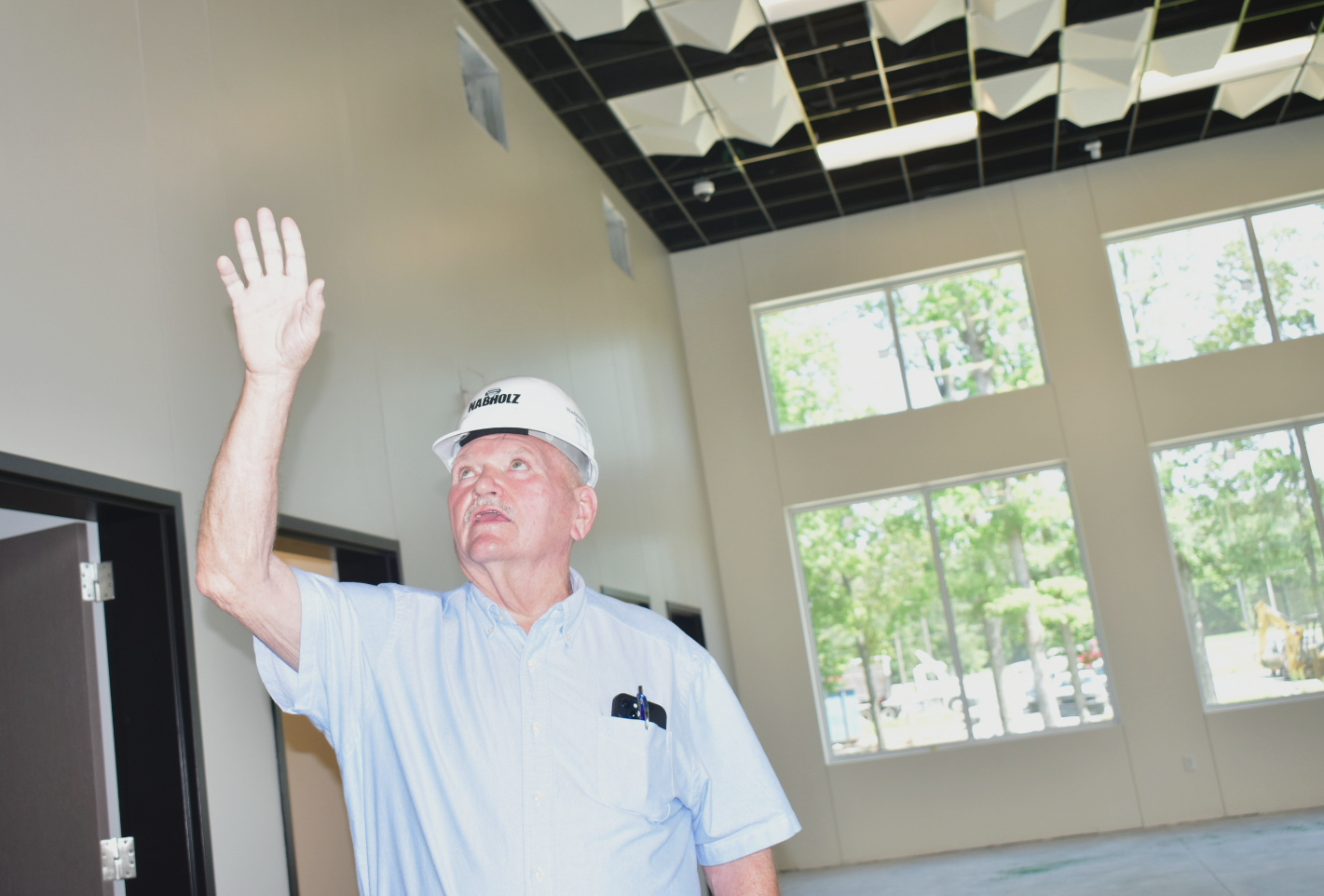