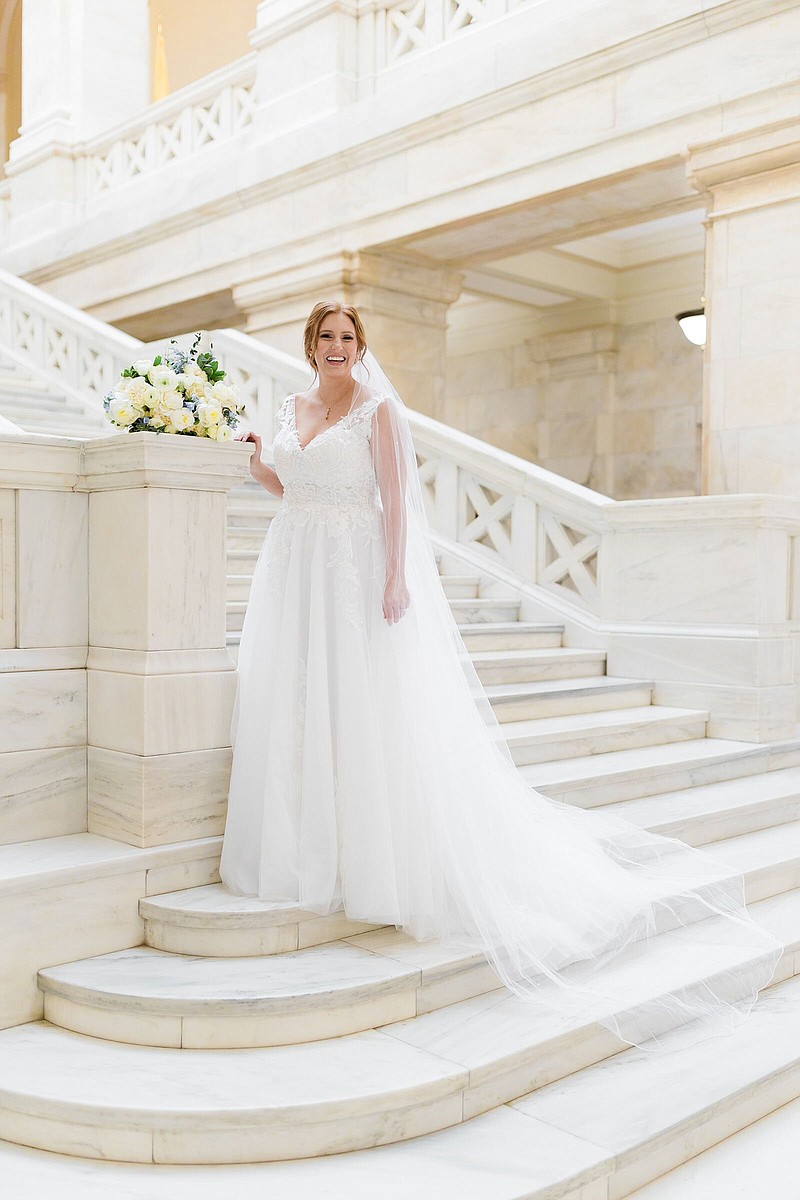 St. Edward Catholic Church was the setting at 6 p.m. Saturday, May 28, for the marriage of Emily Grace Fitz and Dr. Joshua Noland Hagood. The Rev. Joseph Friend of Sacred Heart Church in Morrilton officiated.

Rhonda and Shawn Fitz of Little Rock are the parents of the bride. She is the granddaughter of Toni and Don Fitz and Sue Ann and the late Timothy Tomayko, all also of Little Rock.

The altar held arrangements of dusty blue and white hydrangeas and roses. Music was by organist Phillip Quick. Altar server was Lawson Neville of Bryant, cousin of the bride.

The bride walked down the aisle with her father and wore a sleeveless ball gown with a lace bodice and tulle skirt that extended to a cathedral-length train. She also wore her mother's cathedral length wedding veil edged with pearls along with her great-great grandmother's gold Victorian drop pendant necklace. She carried a white bouquet with blue accents, which included peony, garden roses, rununculus and lisianthus.

A reception was held in the Robinson Center Ballroom. The foyer held large lighted marquee letters spelling out "The Hagoods." The head table held tall gold stands with a bridge across each table draped with lush greenery, white hydrangeas and blue accent flowers.

The bride graduated from the University of Arkansas with a bachelor's degree in early childhood education and from Arkansas State University with a master's degree in gifted, talented and creative education. She is a fourth-grade teacher at Williams Traditional Magnet School.

The couple will live in Little Rock after a honeymoon in St. Lucia.