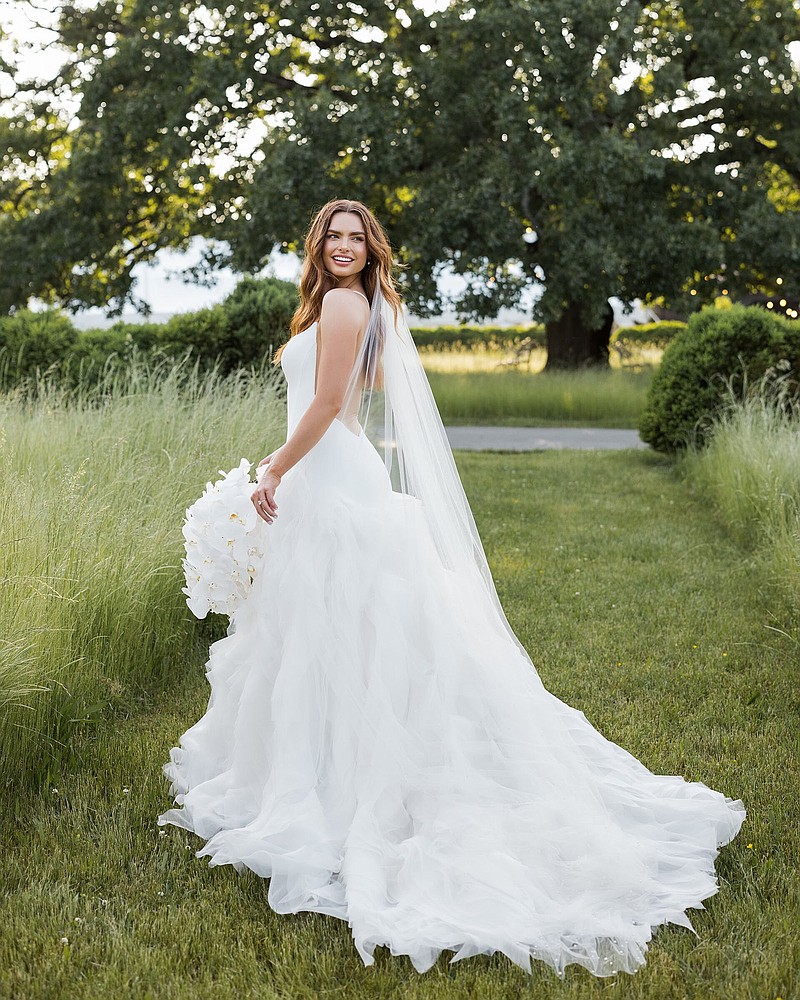 Stephanie and Ford Overton of Little Rock are the parents of the bride. She is the granddaughter of Sarah and Mike Roberts of Hot Springs, Mary Jane and Jim Hardy of Greenbrier, Susan Overton Sutton of Little Rock and the late Judge William Ray Overton.

The bride, escorted by her father, wore a sleeveless gown by Ines Di Santo. The fitted bodice had a V-neckline and thin shoulder straps, and the fit and flare skirt textured skirt extended to a chapel-length train. She carried a bouquet of white phalenopsis orchids.

Serving as the bride's maids of honor were her sisters, Meredith Overton and Susan Overton, both of Fayetteville.

Bridesmaids were Anja DeWitt and Sophie Overton, cousin of the bride, both of Little Rock; Kelly Nolan, Laurie Lopez and Alexandra Elliot, all of Dallas; Brookie Allen of Scottsdale, Ariz.; Gabriella de Cardenas of Austin, Texas; and Olivia Overton of Fayetteville, cousin of the bride. They wore dusty lavender colored gowns and carried small bouquets of white hydrangeas and peonies.

Flower girls and ring bearers were Ellasyn and Karsyn DeWitt, nieces of the groom; and Knixon and Roman DeWitt, nephews of the groom, all of Little Rock.

Guests were seated by Will Overton of Fayetteville, cousin of the bride, and Will Clark of Little Rock.

A reception, also at Cold Springs, followed the ceremony. The custom dance floor was inspired by artwork of the groom's mother who also painted four large paintings that were hung in the corridor on the walls surrounding the guest book. Five arrangements of purple hydrangeas, dark and light blue hydrangeas, light and dark blue delphinium, lavender roses and white larkspur were suspended over the dance floor and guest tables were decorated with candles, low floral runners and large arrangements of wedding flowers. Music was by Universal Crush from Nashville.

The bride is a model.

The groom has a bachelor's degree in finance from Pennsylvania State University and works in private equity with Stephens Group.

The couple will live in Little Rock after a wedding trip to Italy's Amalfi Coast and Santorini.