She remembered his fashion at their first meeting 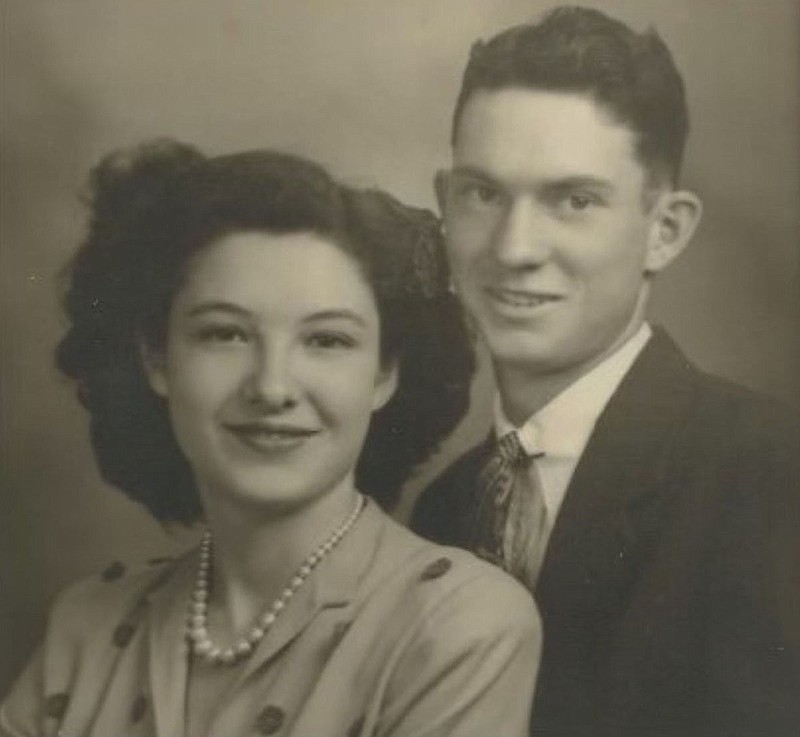 Ivalee and Charles Whedbee in 1946

Charles Whedbee was dressed differently from anyone Ivalee Yancey had ever seen the first time she saw him.

"It was back when boys wore knickers and it was the first time I ever saw a boy wearing the knickers," says Ivalee, who was 5 or 6 years old and at a funeral with her parents when she caught the first glimpse of Charles. "I just passed it off. I just never had seen a young man dressed like that."

Ivalee's family was from the Mansfield area but they had moved away and returned a few times by then. Charles' family, too, had left and moved back, so they were essentially both new kids in school. Charles hadn't noticed her at that somber event when they were little, but she caught his attention when he saw her on the school bus when they were a few years older.

He started saving a seat for her on the bus, so they could sit together and talk on the way to school.

"He lived two or three miles, as the crow flies, but he would come on Sunday afternoon to my house, on horseback. We didn't have vehicles back then," Ivalee says.

They took long strolls together down the dirt road by her family's house.

"We took a lot of walks," she says. "We would see the men out chopping wood for their fireplace or their wood stove to heat their houses and we would just see people out in their yards and we would say hello to them and go on."

They had dated for a year or two when Charles asked Ivalee's father for her hand in marriage.

"My dad asked him if he thought he could make a living for me," she says. "He said, 'Well, I think I can.' He was still in high school then."

His proposal to her was indirect.

They didn't have an appointment and they had to wait for the preacher to come down from where he was roofing his house and go shave before he was ready to do the ceremony.

Ivalee had quit school by then, but Charles had attended classes as usual that day, and she didn't even know what time he would be at her house to pick her up.

"They borrowed the agriculture teacher's car to come get me," Ivalee says. "They had to walk out to his house and fix a flat on it before they could leave."

Their first home as newlyweds was in a place on his family farm, dubbed the Weaning House.

"That's where all the kids lived when they got married, before they moved on," Ivalee says. "It had three rooms -- a big kitchen and a smaller living room and a side room. There was a back porch and a front porch all across the front."

They lived there for several years off and on, between relocations to Oklahoma and various Arkansas towns.

"Charles worked for a painting business, and then after we were married he surrendered to preach and we moved to different places so he could do that," she says.

He was working at an ice plant in Fort Smith at the time, commuting to and from each day with her father and bringing home 100 pounds of ice from work, which allowed Ivalee the luxury of storing milk and some of the other groceries she had to carry home from the Dayton store.

"We had an ice plant in Mansfield at that time, along the railroad tracks, and the ice man would run and you had a card that you would hang on your front screen showing how much you wanted," Ivalee says.

They didn't have electricity in the early years of their marriage. Ivalee did laundry on a rub board with water she carried from the well. She sewed their clothes, and they grew most of their own food.

"We didn't know any different back then," Charles says. "Everybody lived the same way."

Charles has led churches in Little Rock and Fort Smith as well as several others in between. Dayton Baptist Church offered him a role that allowed them to move back to the area where they had grown up.

They live in a house they had built over several years on the Whedbee family farm, spending weekends and days off in it when they had a chance.

"We were glad to be back home," she says of the time they finally got to settle in.

Charles and Ivalee have three children -- Tom Whedbee of Mansfield, Barry Whedbee of Liberty, Okla., and Pam Williams of Fort Smith. They also have six grandchildren and 20 great-grandchildren.

The years have gone by fast, Ivalee says.

"But if you read at least one or two chapters of the Bible every day -- one from the Old Testament and one from the New Testament – that helps you along the way," she says.

She says: “He was wearing knickers.”

He says: “We were going to school and I thought she was a good-looking girl. She had long dark hair. I decided I wanted to go out with her.”

She says: “I packed my things and got ready and waited for him and Truman to come and get me.”

He says: “I never did make long-range plans, so when we knew we wanted to get married, I said, ‘Well, we’ll just decide on a day,’ and we married on my birthday.”

She says: “Put each other first.”

He says: “The best beginning was that we decided that we wanted the Lord in our lives and in our marriage and we’ve followed him all these years.”

Print Headline: She remembered his fashion at their first meeting