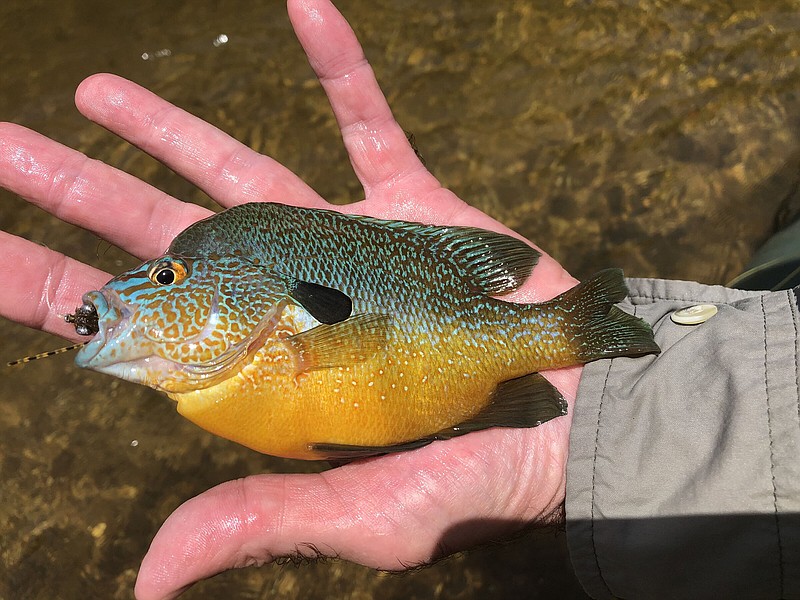 Longear sunfish, one of the prettiest fish in Arkansas, are spawning on Crooked Creek and other mountain streams. (Arkansas Democrat-Gazette/Bryan Hendricks)

Fishing was almost as hot as the weather Thursday on Crooked Creek.

I rented a canoe from Crooked Creek Canoes, the only dedicated outfitter on Crooked Creek. Schmeucker brought a pair of ancient Hobie Float Cats.

We arrived at the Snow Access on Crooked Creek at about 9 a.m. Already it felt very still and balmy, which portended very hot and humid fishing conditions that would have been worse if not for an overcast sky.

"I've got some rabbit strip flies that I've been tuning to the creek for years," Schmeucker said. "They've probably caught more smallmouths day and night than any other fly I've got. It does even better than a Clouser. I've got some crawdads and a hellgrammite pattern. They've got lots of wiggly legs. I just get it down and drag it on the deep, slow holes."

The water was about as low as possible for canoeing. It was stained, which with the cloud cover, should have been conducive to fishing, but we all got the distinct feeling very early that we were floating the wrong section. In those conditions, the 5-mile jaunt from Snow to the Mark Oliver Access was better for wade fishing upstream. The better section for float fishing was from Mark Oliver Access to Kelly's Slab, but we were committed.

That's not to say that the fishing was bad. I caught a dozen little smallmouths. The biggest was about 13 inches long. I caught four back to back from a 50-yard section of a long run at about 1 p.m.

"They fed all night on that bright moon and have probably been resting all day," Pruitt said. "Now it's time for them to eat again."

That didn't seem to be the case, as the bites were sporadic for the rest of the day. I also caught a half dozen green sunfish and about the same number of longear sunfish.

The longears must have spawned during the week because immense numbers of them guarded spawning beds in every riffle pocket. They tail-slapped any lure that passed overhead and carried away any soft plastic lure that got too close to a nest. Occasionally one grabbed aggressively enough to get hooked.

Pruitt said that Schmeucker might have caught close to 100 fish.

"He's doing what he always does," Pruitt said. "He'll start out casting for smallmouths, and if that doesn't work out, he'll spend the day catching bream."

Schmeucker caught plenty of bass. He caught a smallmouth and a Kentucky bass on camera, as well as a couple of little largemouth bass and a few plump Ozark bass. He also caught the big fish of the day, a 15-inch smallmouth that from the last pool above the Oliver access.

"He's a machine," Pruitt said. "He will sit in one spot and work it from every angle. He'll cast to every little rock, every piece of grass, every piece of wood and every little break on the bottom. He catches fish from places a lot of people wouldn't even think to fish."

I am much more diligent about applying and maintaining sunscreen these days. Not only does it protect your skin from harmful ultraviolet rays, but it also keeps you cooler. My headgear was a problem, though. It's a fishing cap with a shroud that covers the neck and cheeks. It's fine for windy coastal fishing, but in the still air of the Ozarks, it holds in the heat and roasts the head. A wide-brimmed hat would be a lot cooler.

Aside from the heat and humidity, the beauty of the scenery, the quick pace of the fishing and the fellowship made the year's first stream fishing trip very successful. 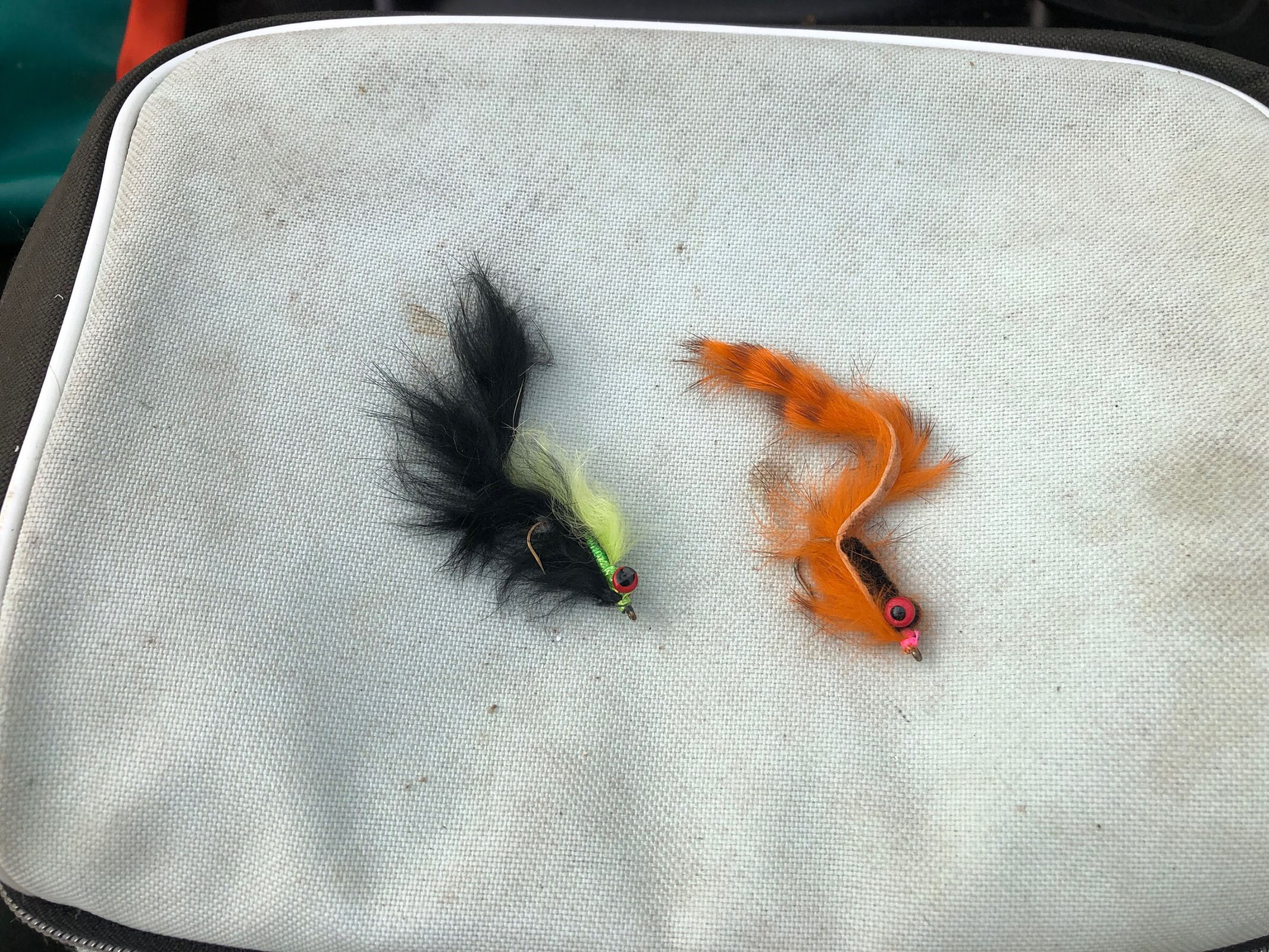 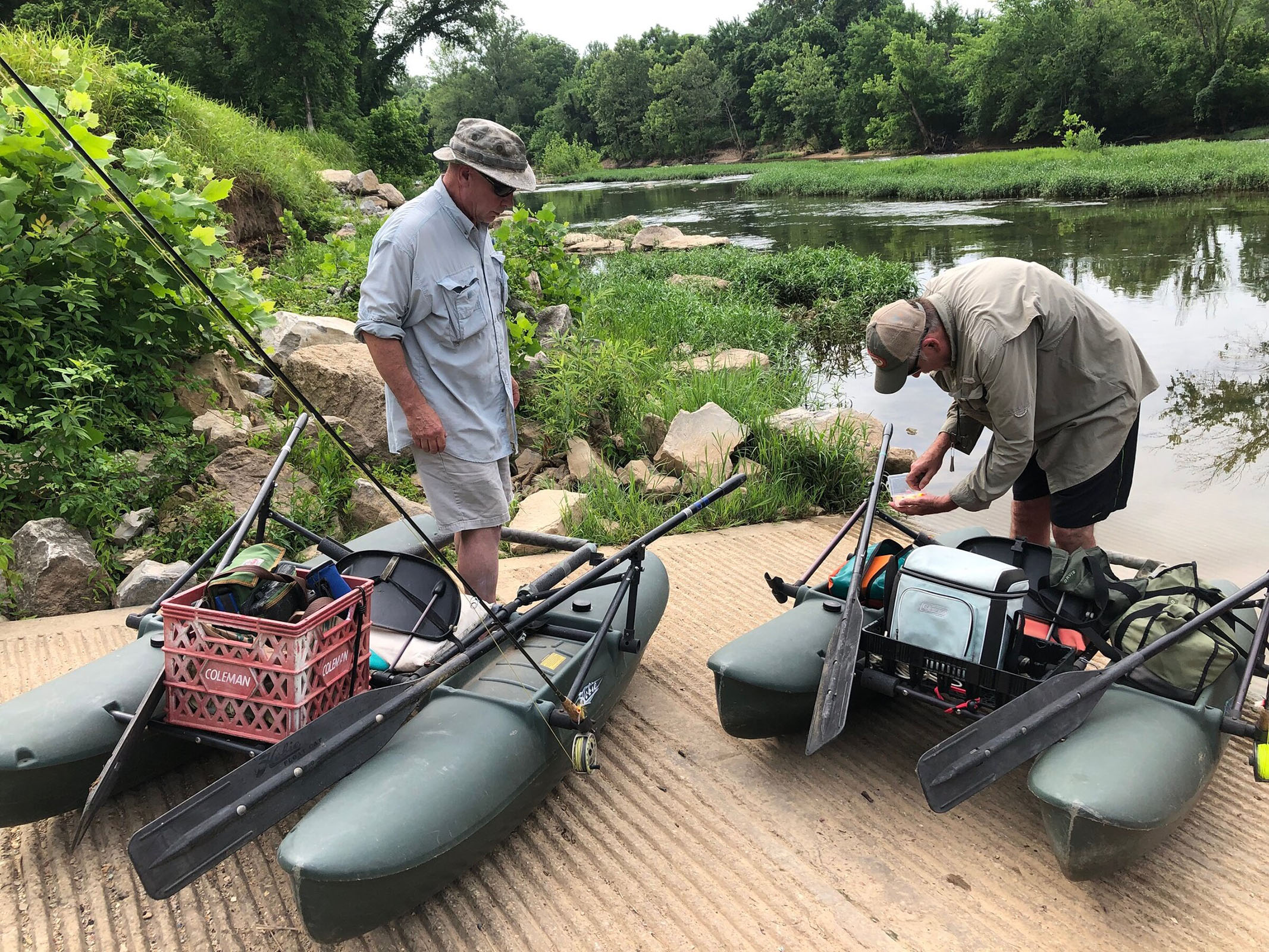 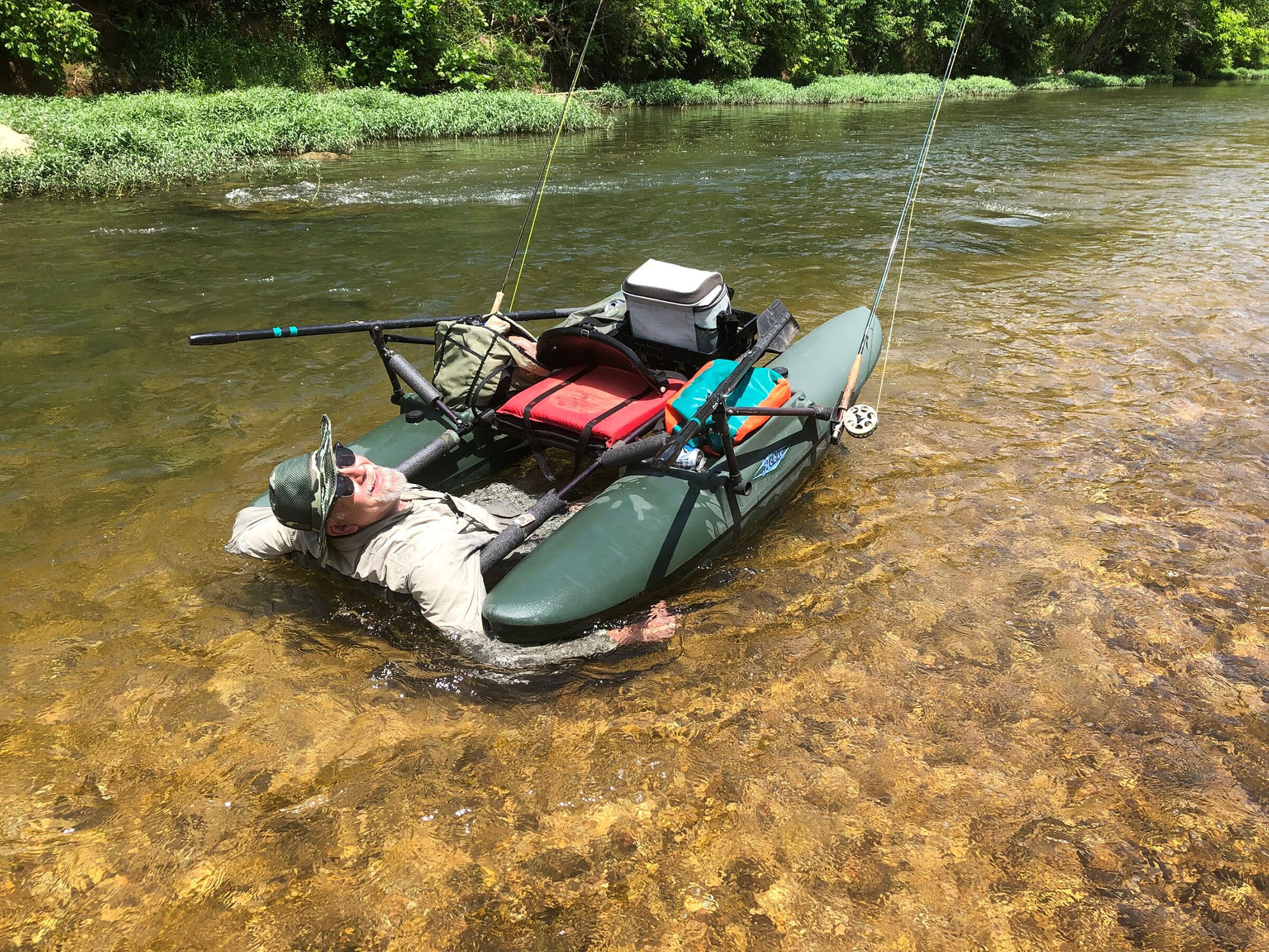