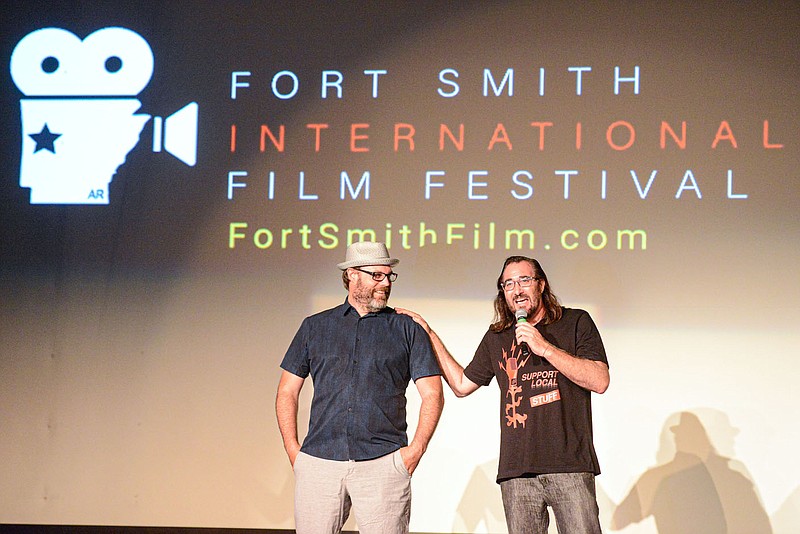 FORT SMITH -- People in the River Valley and beyond can now secure their seats for an upcoming showcase of films from around the world.

Tickets for the second Fort Smith International Film Festival went on sale Tuesday . The festival will be held downtown Aug. 26-27 at TempleLive.

Brandon Goldsmith, president of the River Valley Film Society and executive director of the film festival, said he loves films and wants everyone else to do the same with him. To him, the festival is a way to help both facilitate that and grow the creative economy in River Valley.

Goldsmith argued a distinguishing factor about film is it incorporates a wide range of other art forms, such as music, acting, writing, painting and design. Encouraging people to do this through the film festival will encourage the creative economy in the area to grow, which will grow the creatives there. Goldsmith believes this will allow the culture to truly come alive due to it allowing people to tell their stories.

Tim Jacobsen, executive director of the Fort Smith Convention and Visitors Bureau, said he believes the event helps cultivate the city's brand to be more inclusive of arts and entertainment. This is important in selling an overall destination to people from outside the area. He also expects to see "nothing but increases" from the festival every year in terms of attendance and economic impact to the city given its prior success.

"They do a very good job on putting it together and executing the event," Jacobsen said.

Goldsmith said more than 400 people attended the first festival last year. He hopes that figure will at least double for this year's event barring any further surges of the covid-19 pandemic.

Advance general admission tickets for the festival are available through the event's website, FortSmithFilm.com, for $10, according to Goldsmith. This does not include a $2.50 TempleLive facility fee and a processing fee.

A limited quantity of VIP tickets is also available for $30 each on top of the other fees. Goldsmith said these will afford moviegoers their first choice of seating to watch the films that will be shown during the event, as well as access to the filmmakers and actors, among other things. TempleLive has four rooms in which films will be screened.

People can also pay $15 for general admission on the days of the festival.

Clay Pruitt, programming director for the festival, said Tuesday the festival had a team of more than 30 volunteers screen the films submitted for the event between Feb. 4 through June 3. This has been very helpful in facilitating an overall better selection of films for this year compared to last year, the screening process for which only involved a handful of people from the River Valley Film Society.

"The goal is to not only have more films, but have better films this year for the community to watch," Pruitt said.

Goldsmith said the submissions during this time totalled 364 films from 51 countries, in addition to entries from the Choctaw and Cherokee nations. This all includes short and feature-length films, people of color and indigenous films, music videos, animation shorts, high school and college student shorts and documentary shorts and features.

Pruitt noted there were significantly more feature-length submissions this time around than last year, resulting in more hours of content. The film screening process began in March and was set to conclude by Saturday.

Goldsmith said the next step is for the festival to determine which films are going to be shown during the event, which entails creating the entire schedule for it.

"We may find ourselves at some point going through all the films and going, 'I need a five to seven minute comedy to fit in this slot right here, what is the best comedy that we have that'll fit in this slot,'" Goldsmith said. "What we do is we do blocks of time, so we may do an hour-block of comedy, and our films are all the way from two minutes long to two hours long."

Goldsmith said the films that will be shown will be eligible for cash prizes, trophies and scholarships from the University of Arkansas-Fort Smith. The organizers have until the beginning of July to notify filmmakers their work has been selected. A news release Goldsmith provided states the final line-up of films will be announced in August.

The theme for this year's film festival is "Borderlands." The news release defines borderlands as the place where the stories of peoples' lives exist and references Fort Smith's history as a border town.

"Our shared humanity is experienced at the borders between countries, nations, states, cities, neighborhoods, languages, races, genders, cultures, social economic classes and ages," the release states. "Borderlands are where innovation happens, realities are challenged, novel concepts and fresh identities are born and questioned. Film acts as a threshold between actuality and fantasy capturing the moment a border is established, defended or overcome."

Tickets going on sale for the event comes right before another, similar event in this part of the state: the Bentonville Film Festival. This festival will begin its eighth outing Wednesday with in-person events being held through June 26 and virtual events through July 3, according to its website. The theme for the festival is "Championing women and diverse voices."

Fayetteville Film Fest is also slated to take place Oct. 20-22 as well, according to that event's website. 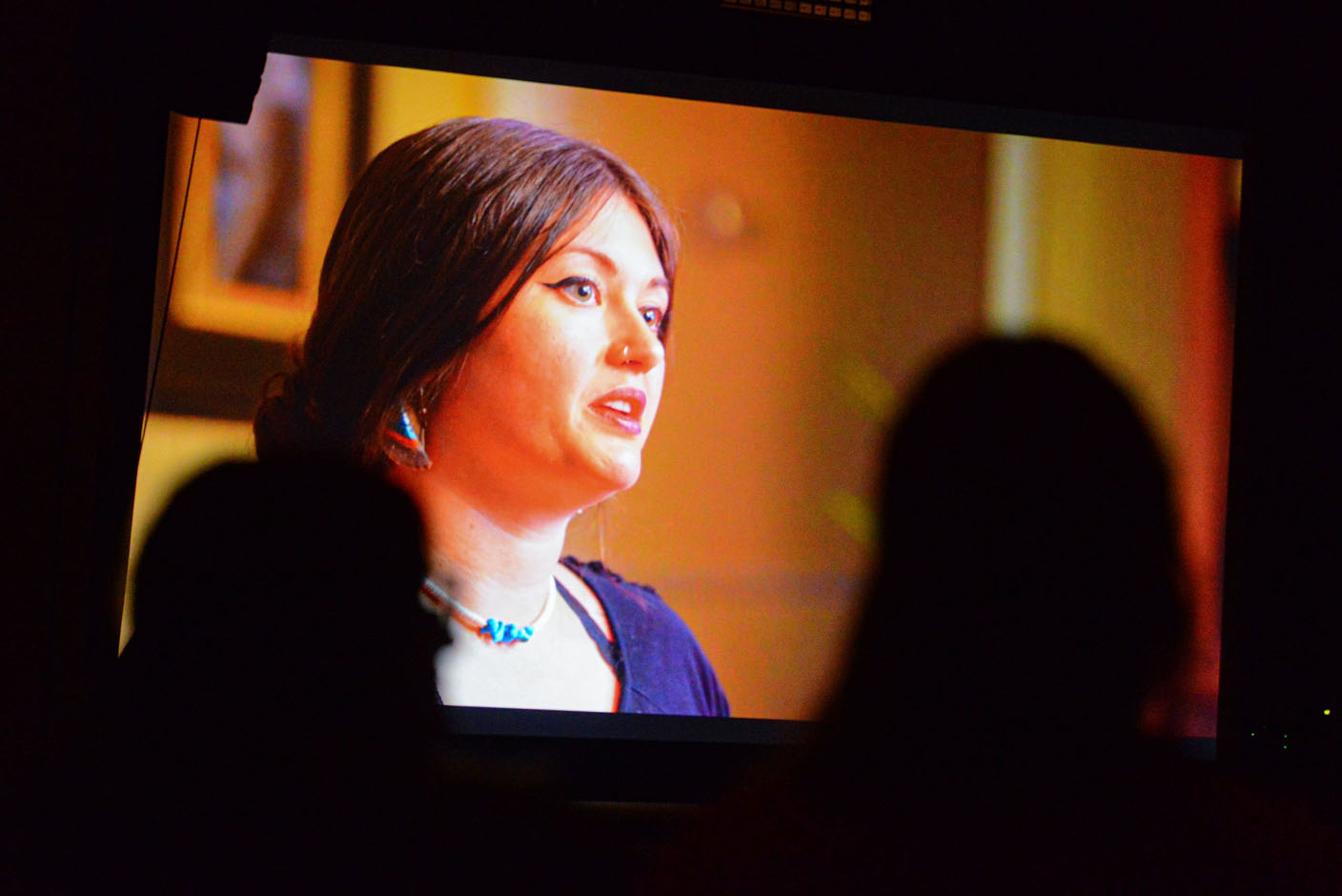 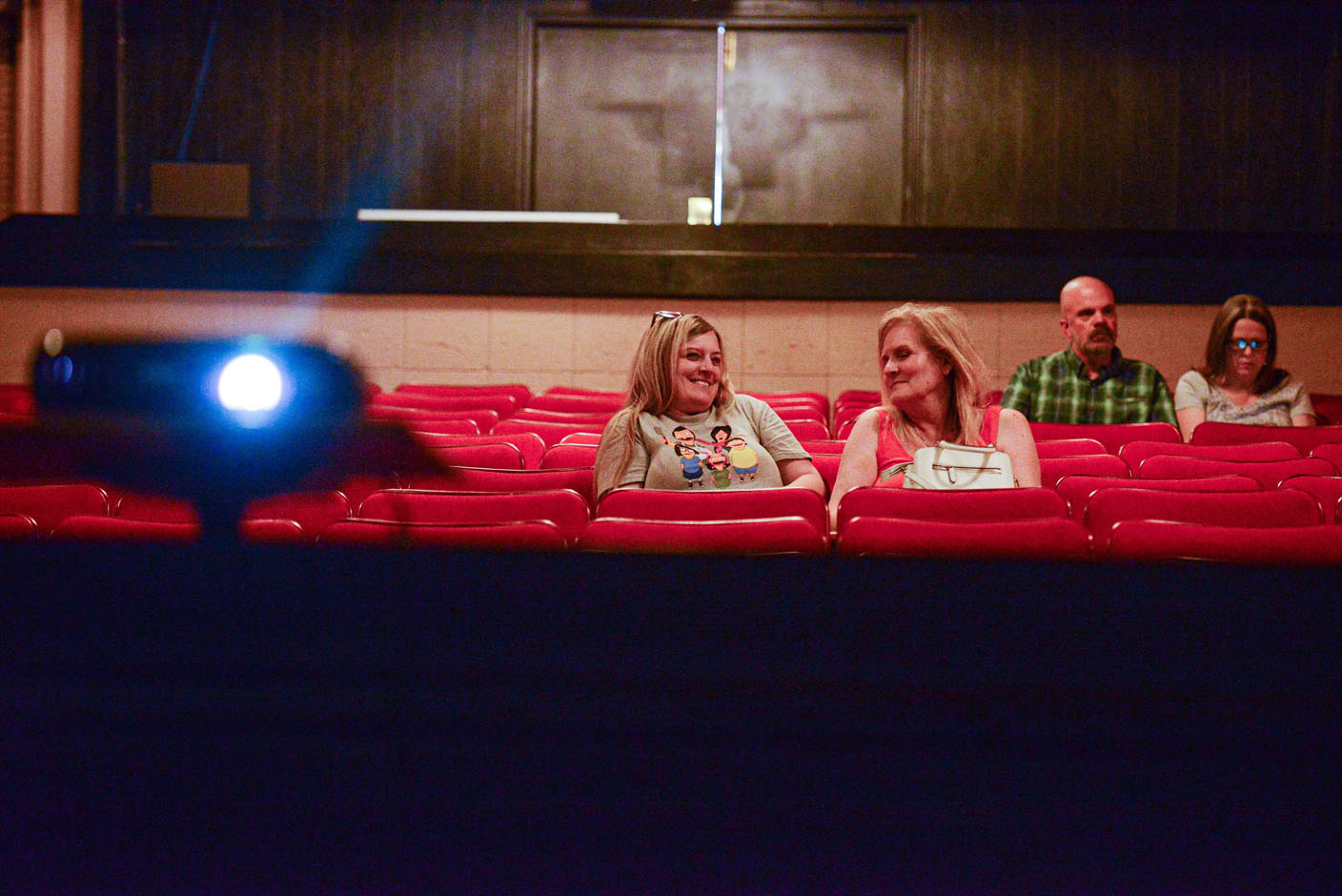 The first Fort Smith International Film Festival received 396 submissions from 43 countries. Of those, 130 ended up being screened during the event.